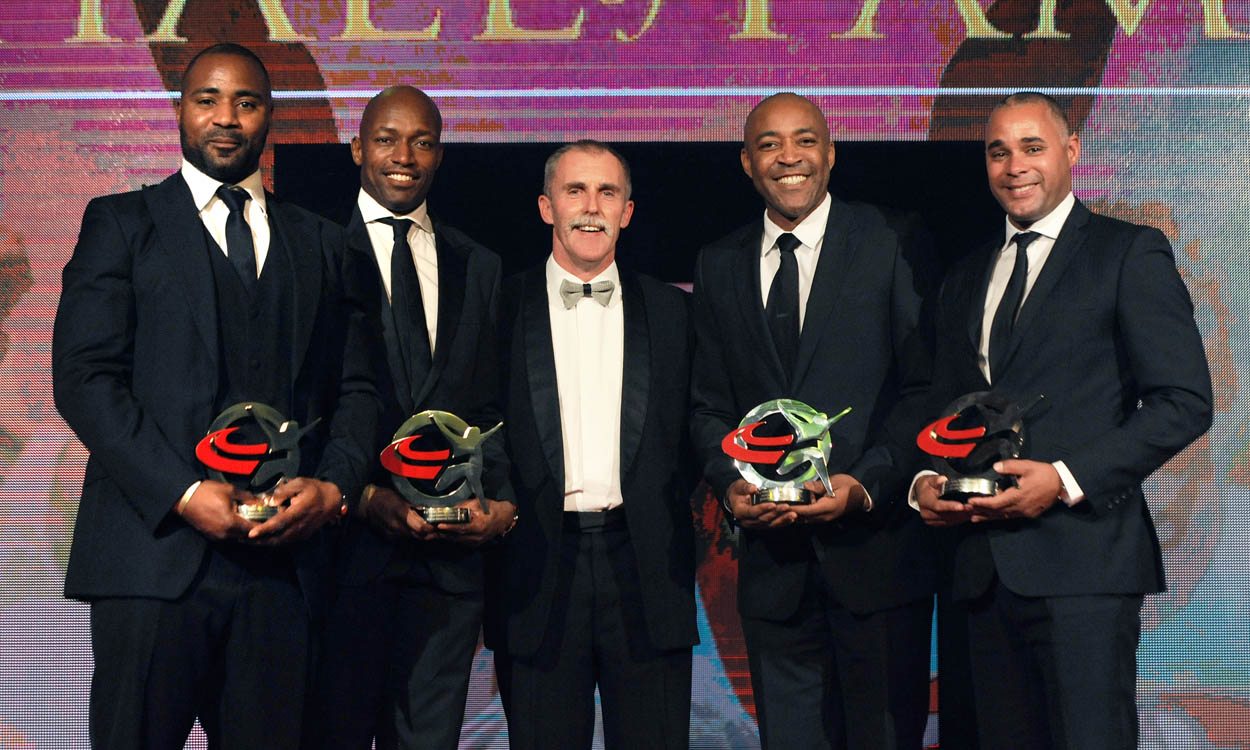 Jason Gardener, Darren Campbell, Marlon Devonish and Mark Lewis-Francis honoured at an awards evening that recognised past and present achievements

Thirteen years after winning 4x100m gold at the Athens Olympics, the relay quartet of Jason Gardener, Darren Campbell, Marlon Devonish and Mark Lewis-Francis were inducted into the England Athletics hall of fame at the 10th anniversary of the awards in Coventry on Saturday.

Jokes and jibes flew around the stage as the four athletes and their relay coach Steve Perks were interviewed by Katharine Merry, but there was also a serious side to the night when Campbell paid tribute to the awards ceremony and the athletes, coaches, officials and volunteers that it recognised.

“So many people played a part,” said Campbell, on the 4x100m surprise victory over the Americans in 2004. “It’s easy to say it was down to Steve (Perks) but from a very young age a lot of people helped empower us and gave us the belief that we could achieve (an Olympic gold). So I want to say a big thank you to everyone who helps out and does their bit for England Athletics.”

With a 1980s nostalgia concert playing elsewhere in Coventry’s Ricoh Arena, it was appropriate that one of the inductees to the hall of fame was a leading runner from that period – Wendy Sly.

Best known for winning silver in an Olympic 3000m final in 1984 which was made infamous by Mary Decker and Zola Budd tangling legs, Sly also smashed Commonwealth records and won road races like the 5th Avenue Mile and world 10km title during her career.

She now works as publisher for Athletics Weekly and received her hall of fame induction award from her coach, Neville Taylor.

Stuart Storey, Olympic sprint hurdles competitor, coach and long-time TV commentator, was another popular inductee and took his award from Kim Pickering at the end of an autumn period that has seen him retire from commentating.

Maurice Herriott, the British champion and national record-breaking steeplechaser and Olympic silver medallist in 1964, now lives on the Isle of Man and he left the island for the first time in five years to travel to the Midlands to pick up his hall of fame award, which was presented to him by fellow endurance legend Basil Heatley.

Carl Johnson, coach to 35 international athletes, including Jonathan Edwards and Meg Ritchie, was also inducted into the class of 2017. In addition, Godfrey Brown, Olympic 400m medallist in 1936 and long-time UK record-holder, was recognised for his achievements, together with Derek Johnson, the 1954 Commonwealth 880 yards champion and 1956 Olympic silver medallist, plus Arthur Rowe, the Commonwealth and European shot put champion in 1958, as they received hall of fame recognition.

In the volunteer awards part of the evening, the winners included:

Club of the year: Buxton AC

Coach of the year: Bronwin Carter

Run Together leader/group of the year: Dudley Garner/Up the Tempo

Volunteer of the year: Nick Taylor

Official of the year: Gordon Staines 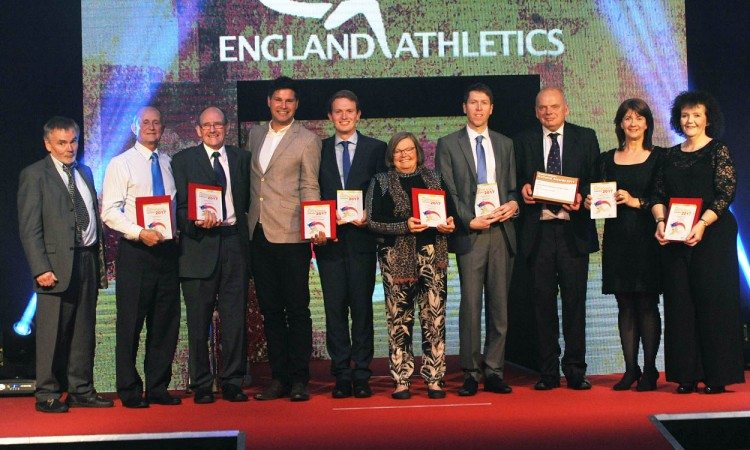 The young athletes were awarded cash toward their training, while the night also saw the Ron Pickering Fund benefit to the tune of £1400 from a raffle where the top prize was a weekend at the IAAF World Championships in Birmingham courtesy of sponsor Track & Field Tours.