Sporting switch continues to pay off for Dwayne Cowan 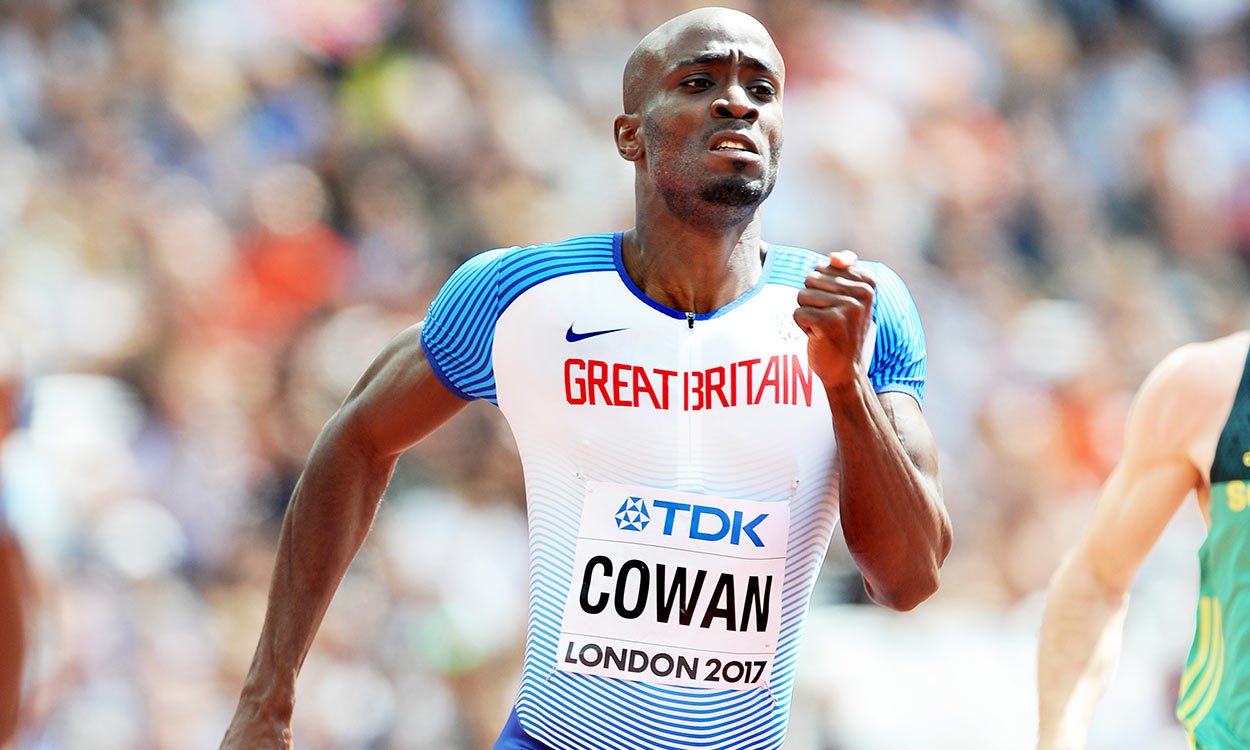 From football to sprinting, Cowan’s career is on an upward trajectory

Dwayne Cowan spent most of his younger life playing football before taking up sprinting in his late 20s and making the 400m semi-finals at the IAAF World Championships among other successes this summer.

So what’s tougher – football or athletics?

“Athletics is ten times worse!” he says. “Training is hard. Races are hard.

“In football, sometimes you can play for 90 minutes and not even sweat. Athletics is physical pain … just torture.”

The 32-year-old only took up athletics seriously after being inspired by watching Usain Bolt run in the London Olympics five years ago.

Prior to that he played semi-professional football despite his father, Lloyd, being a former 13.7 sprint hurdler and, in recent times, coach to world and Olympic champion Christine Ohuruogu, among others.

So while most athletes have reached a plateau in their early 30s, Cowan Jnr is still on the upward curve.

Now he hopes to build on a summer season which has also seen him win at the European Team Championships, run the quickest GB split in the world bronze medal-winning 4x400m team in London and secure victory at the Müller Grand Prix in Birmingham with a 45.34 PB.

“I’m 32 but consider myself still in my 20s physically,” he says. “I had a few shin problems when I first started athletics due to football injuries from the past, but other than that there aren’t any problems.”