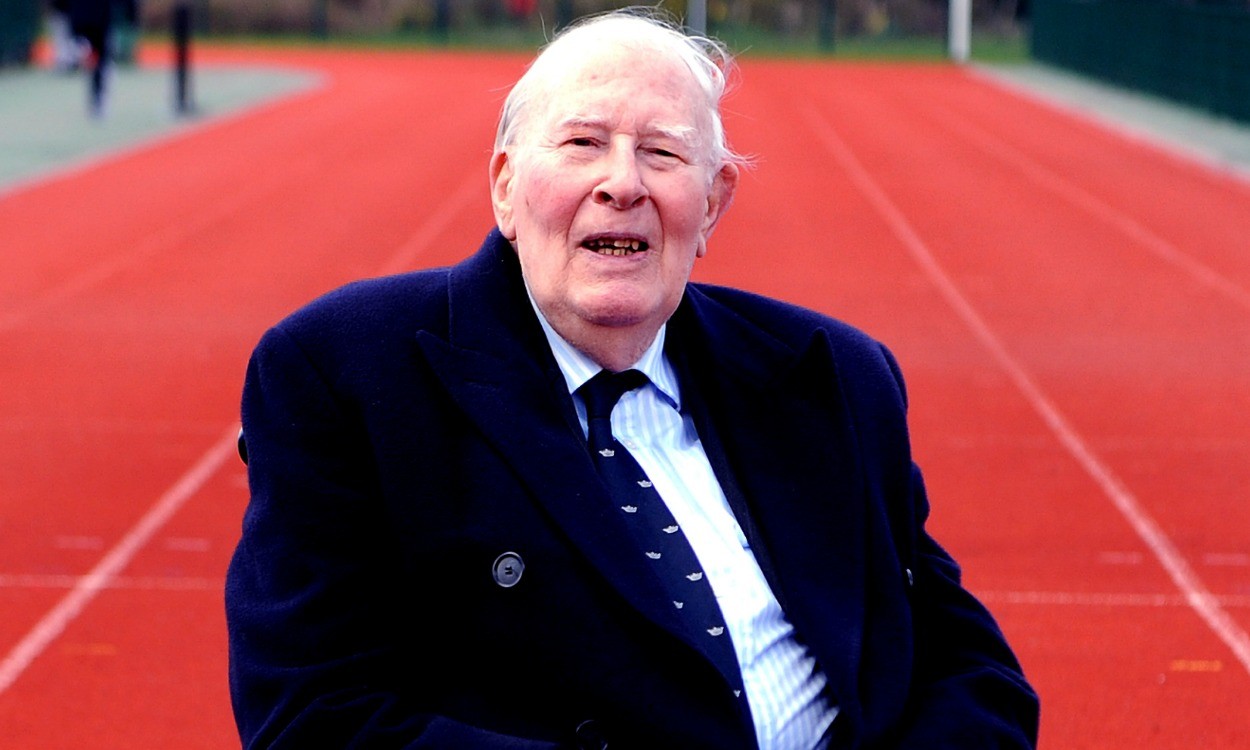 Roger Bannister, the man who created the most famous moment in athletics history, has died aged 88.

On May 6, 1954, he became the first person to run a sub-four-minute mile. It was an achievement that earned him sporting immortality and is widely regarded as the most significant performance of all-time in track and field.

The challenge of running four laps of the track in four minutes was considered impossible by many experts. So when Bannister achieved it, at Iffley Road track in Oxford, it was described as the Everest of athletics.

“It is right up there with Bobby Moore lifting the World Cup for England,” Seb Coe once told Athletics Weekly.

Under the guidance of coach Franz Stampfl and paced by fellow student athletes and friends Chris Brasher and Chris Chataway, Bannister charged to a time of 3:59.4 to confound the sceptics. Apart from the mental and physical challenge, the result had beautiful symmetry – with each of the four laps each completed in an average of less than a minute.

Frank Deford of Sports Illustrated captured the significance of Bannister’s run, when he wrote: “The poles had been reached, the mouth of the Nile found, the deepest oceans marked, the tallest mountain scaled, and the wildest jungles trekked but the distance of ground that measured one mile continued to resist all efforts to traverse it, on foot, in less than four minutes.”

Bannister was forever linked to the first sub-four-minute mile in 1954, with his result becoming ingrained into the culture and language of the general public. When an ordinary person tried to run, for instance, they were often subjected to the jibe: “Who you think you are? Roger Bannister?”

Naturally, a number of books, documentaries and movies were produced as well about his quest to break the four-minute mile, while even today the feat of breaking four minutes for a mile is a significant barrier for every talented male middle-distance runner.

But his sub-four exploits aside, Bannister enjoyed many more achievements. During the same 1954 season, for example, he won the European 1500m title in Bern and then beat his great rival, John Landy of Australia, in the ‘mile of the century’ at the British Empire and Commonwealth Games in Vancouver.

Later, Bannister became a distinguished neurologist – he always considered his medical achievements to be far superior to his sporting successes – and he became the master of Pembroke College at Oxford University.

He was also knighted for services to sport that included being the first chairman of the Sports Council – the forerunner of Sport England – although in recent years he struggled with Parkinson’s Disease.