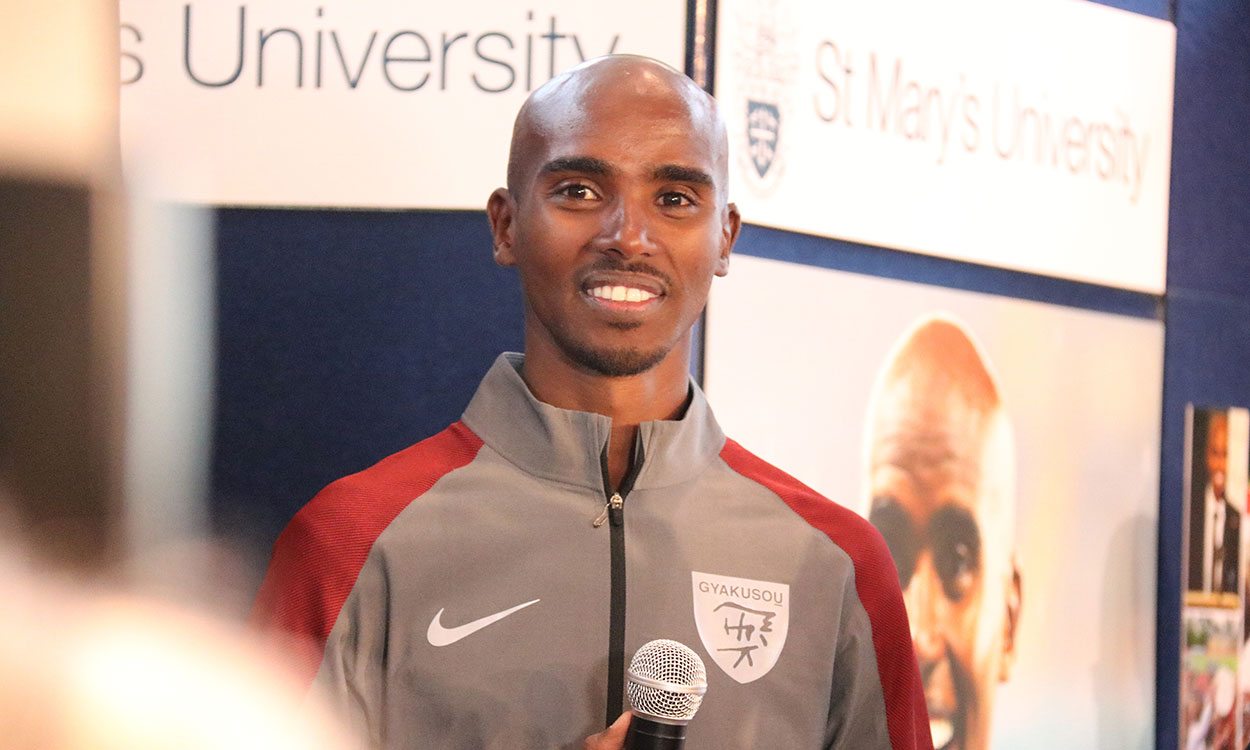 Sir Mo Farah attended the renaming of the St Mary’s University track in his honour on Thursday.

The all-weather track, which the Queen opened in 2012, will now be named after the multi Olympic and world champion.

Farah trained at St Mary’s from 2001 to 2011, where he was awarded a scholarship to the Endurance Performance and Coaching Centre (EPACC) and continued to train regularly at the facility until he moved to Oregon, USA.

At the time Farah was one of two athletes to be granted an athletics scholarship. Such is the success of the scheme, it now numbers over 120.

He said: “It is such an honour to be here today and to have this track named after me – thank you so much, St Mary’s!

“I have very fond memories of my time here as I developed from being a talented junior to a world-class athlete.

“St. Mary’s and all the people associated with the EPACC have been a big part of my journey. I really hope that these facilities continue to inspire the next generation of young British athletes.”

Others there included world record-holders Steve Cram and David Bedford.

Bedford was behind the original London Marathon link with the University that funded the initiative.

Bedford said: “Without St Mary’s it is possible that Mo wouldn’t have become the world’s greatest runner.”

Farah admitted he wasn’t as dedicated as he should have been when he first came to the University.

“I had thought about joining the Army,” he said. “At first St Mary’s was fun and you get up to all sorts when you are 17 or 18. I apologise to the staff then for the trouble I caused!

“I admit I miss being in London now. When I came here the track was known as an upside down track but now these facilities are what the country needs. The track has improved and now it’s great as it’s got my name on!”

Farah added that he is really looking forward to the London 2017 IAAF World Championships and admitted his loss in Edinburgh earlier this year gave him extra incentive. He runs the 5000m at the Müller Indoor Grand Prix in Birmingham on Saturday.

“I love the sport and love what I do and I’m really excited about London and it being my last track races,” said Farah. “It would be nice to finish on a high.

“Edinburgh wasn’t so good. It was a wake-up call but I wasn’t in shape then. After a good block of training, I am in good shape and confident I can repeat what I’ve done the last five or six years and get ready for the Championships.”