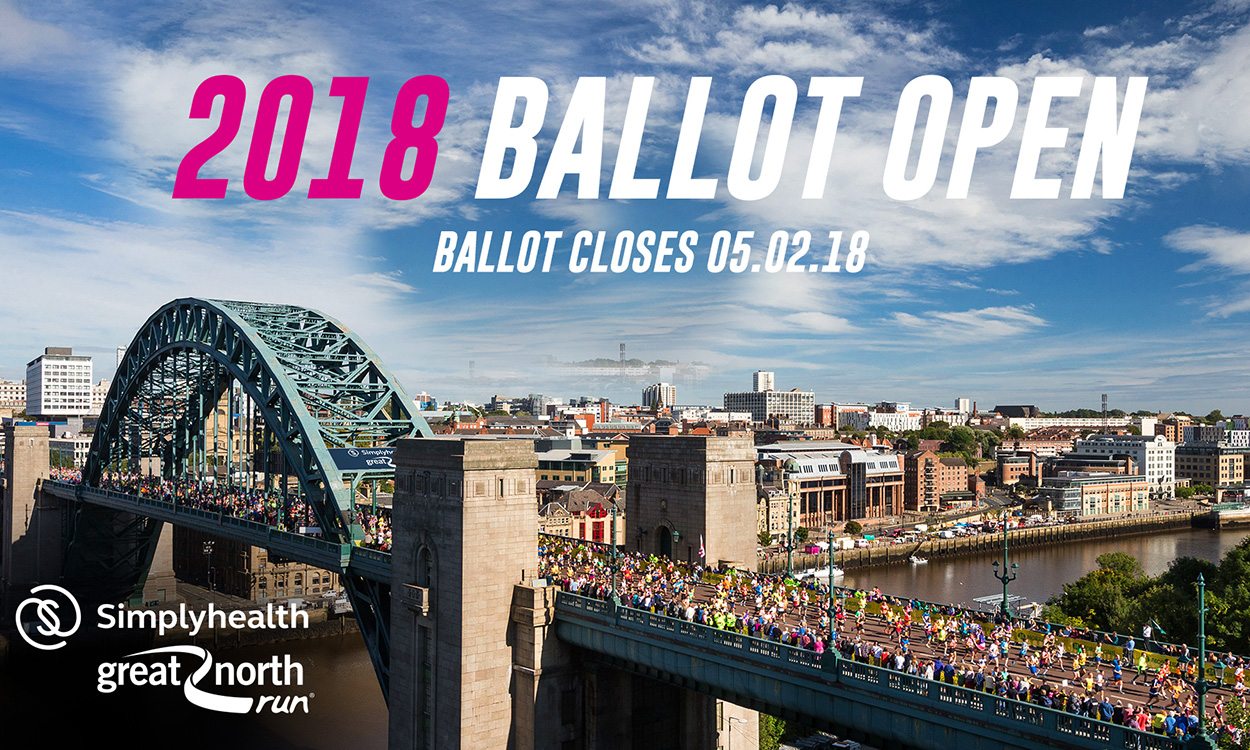 Thousands have already entered the ballot, which closes on February 5

Being staged for the 37th time, this year’s event will take place on Sunday September 9. More than a million people have completed the 13.1-mile distance from Newcastle to South Shields since it was first staged in 1981.

Interest in the event is as high as ever, with thousands already having entered the general ballot, which closes on Monday February 5.

Last year saw a record amount of finishers in the world-famous half-marathon, with 43,127 runners of all abilities crossing the finish line on the South Shields coast, with the event won by Sir Mo Farah for the fourth consecutive year.

Many of the world’s greatest distance runners including Haile Gebrselassie, Paula Radcliffe, Liz McColgan, Derartu Tulu and Kenenisa Bekele have triumphed over the years.

The event will be the centrepiece of the Exhibition’s final weekend in September. The Exhibition will showcase the best of art, culture, design and innovation across the Northern Powerhouse.

To register for the ballot, prospective applicants should visit www.greatrun.org. The ballot will close at midday on Monday February 5 with all applicants being notified by email no later than Friday February 9.