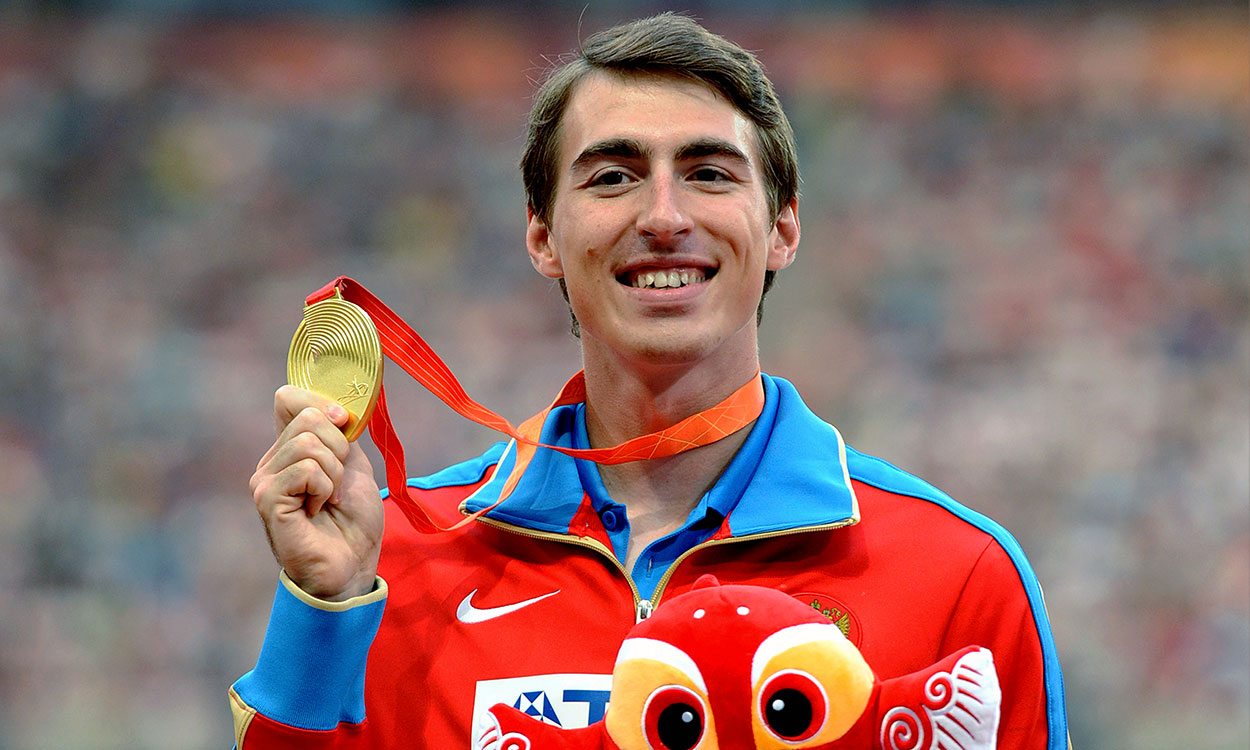 IAAF announces it has approved the applications of seven Russians, including world champions Sergey Shubenkov and Maria Kuchina, to compete as neutral athletes

Sergey Shubenkov and Maria Kuchina could have the opportunity to defend their world titles in London this summer after being named among seven Russian athletes to have had their applications to compete in international competition as neutral athletes approved by the International Association of Athletics Federations (IAAF).

The IAAF Doping Review Board, which is chaired by Robert Hersh and includes Sylvia Barlag and Antti Pihlakoski, has agreed that the applications of sprint hurdler Shubenkov and high jumper Kuchina, plus pole vaulter Illia Mudrov, race walkers Sergey Shirobokov and Yana Smerdova, high jumper Daniil Tsyplakov and pole vaulter Olga Mullina, have met the ‘exceptional eligibility criteria’ to compete internationally while the Russian federation (RusAF) remains suspended as an IAAF Member.

The suspension of RusAF has been in place since November 2015 and it came after a World Anti-Doping Agency (WADA) Independent Commission report detailed findings including a “deeply rooted culture of cheating” in Russian athletics.

Part of the criteria requires athletes to show that they are not directly implicated in any way, knowingly or unknowingly, “by their national federation’s failure to put in place adequate systems to protect and promote clean athletes”.

The full IAAF guidelines can be found in English here.

While those 12 athletes have been cleared to compete internationally, the IAAF highlighted that their participation as neutral athletes in international competition is still subject to formalities for eligibility under IAAF Rules being completed and subject to acceptance of their entries by individual meeting organisers.

The IAAF also announced that a total of 17 applications have been declined this year.

“I wish to thank the Doping Review Board for their continued dedication and diligence in assessing these applications,” commented IAAF president Seb Coe.

“There can be no time constraints on a process which has been established to safeguard the rights and aspirations of the world’s clean athletes and is about rebuilding confidence in competition.

“For the avoidance of any doubt, as we have consistently stated from the beginning of this process, all athletes given exceptional eligibility will compete as independent neutral athletes and not as a Russian team.”

An IAAF statement read in part: “Since publication of updated guidelines under Rule 22.1A(b) earlier this year, the IAAF has received about 100 applications from Russian athletes, 38 of which have been endorsed by their national federation RusAF.

“A number of these applications remain under review by the Doping Review Board in accordance with the guidelines while stored samples continue to be re-analysed and the athletes referenced in the Independent Person’s report published last December continue to be assessed in consultation with experts.”