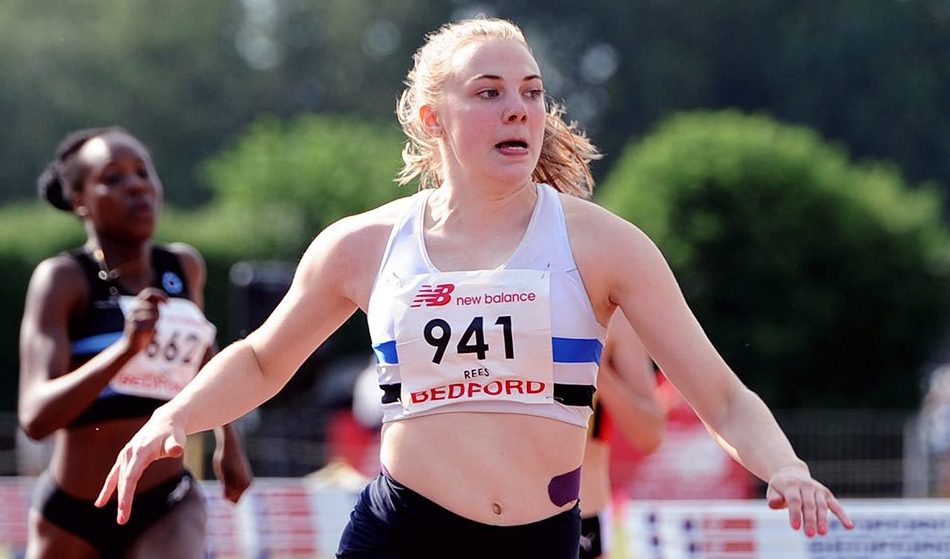 Alisha Rees came back from the European Youth Championships in Tbilisi last year with a silver medal from the 200m to add to the 100m bronze and 200m silver she won at the Commonwealth Youth Games in Samoa the year before.

The 12-time Scottish champion had gone into the Tbilisi event ranked No.2 on paper, so was relieved to live up to pre-championships expectations. The 18-year-old said: “I felt a lot of pressure coming into the championships ranked second in Europe, so it was all about delivering on the day. I was slightly disappointed when I crossed the line, but I was super proud of the medal I got and the experience being part of the Great Britain team.”

On the previous year’s Commonwealth Youth Games, the Banchory Stonehaven athlete said: “I wasn’t originally going, as it was my most important year in school and I did not want to fall behind. But I’m so glad we did not stick to that decision!

“Going with Team Scotland was really nice. Since we are such a small country, you got to know people from every sport really well, which made us seem like more of a team. I went into the Games wanting to win a medal, but when you actually fulfil those goals it feels amazing.”

It is those international medals, alongside winning the England indoor under-20 200m in a Scottish junior indoor record earlier this year, which have given Alisha a taste of success. “My main targets for 2017 are to go to the European Under-20 Championships in Grosseto and sneaking a medal there would be amazing.

“Long term aims would be the Commonwealth Games on the Gold Coast in 2018 or in 2022. Making the Olympics is every athlete’s dream, so that is always in the back of my mind.”

Living an hour away from Aberdeen, Alisha only trains on the track once a week, while her other three training sessions are on a grass track or along the River Dee.

In the winter, she even does some indoor running in the corridors of a school. “It allows for a nice change of scenery and not just always looking at a track,” she explains.

Full of praise for her coach, Willy Russell, who she has trained with since she started in the sport, Alisha trains with fellow Scottish age-group internationals Kathryn Christie and Maddy Silcock and her squad is clearly not letting a lack of facilities stop them from achieving success.

“When it rains, which is frequently in Scotland, the grass track gets flooded and water logged and we end up pretty much running on a pond,” she says.

“Recently we have seen ducks walk across the track and it had some frog spawn on it, which shows just how wet it can get!”