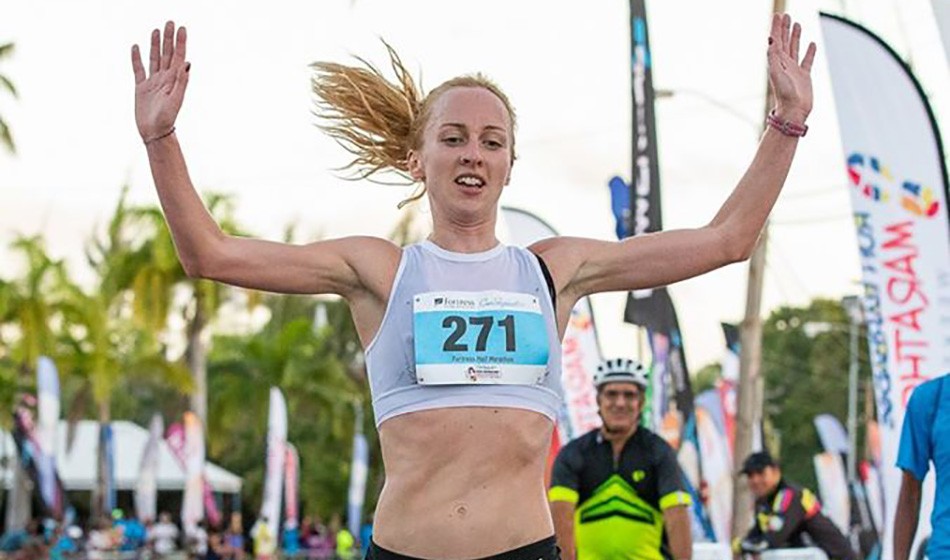 Sarah Inglis is targeting a half-marathon hat-trick in Barbados this weekend as she looks to sign off a successful 2019 in style.

Fresh from a runner up finish at the Canadian cross country championships, the Vancouver-based Scot has returned to the eastern Caribbean island to defend the title she has won the past two years, while she’ll also race the 10km and mile as part of a busy Run Barbados Marathon Weekend race programme.

As well as prize money and a return trip on offer for winners, being in Barbados also gives in-form Inglis the chance to reflect on the past year, which saw her return to the GB team for the first time since 2010 and set PBs at distances from 1500m up to the half-marathon.

“2019 has been so good and this has been the perfect end – coming here and racing and relaxing, just to enjoy,” says the 28-year-old, who defends her half-marathon title on Sunday. “It has been a really good end to a really good year.”

Inglis raced for Great Britain as a teenager nine years ago at the World Cross Country Championships in Poland and after a move to Canada in 2013 she is now really seeing all her hard work come to fruition.

She also pulled on the GB vest at both the European 10,000m Cup in London and the European Team Championships in Poland, where she finished third in the 5000m.

“It has probably been one of the best years I’ve had, running wise, I made huge improvements,” says the part-time teacher, who trains with the Mustang Endurance group in Vancouver under coach Mark Bomba. “In 2018 I was injured for a large part of it and I think it was a blessing in disguise, having that rest.

“Making two GB teams, it has been a real whirlwind. The progression has been really good.”

While her trip to Barbados gives Inglis the opportunity to reflect, it’s also a time to refocus ahead of 2020 which offers her the chance to return to world-level competition, coincidentally back in Poland which is where she last raced for GB on the global stage.

“It’s a busy year,” she says.” I’m planning to do the Houston half-marathon at the end of January and hopefully run a fast enough time for the World Half Marathon Championships in Poland in March.

“That’s the first target. Then I’ll get on the track and see if I can get to the European Cup 10km and Olympic trials and see how close I can get to that standard.”