Sam Ruddock, a man of many sports 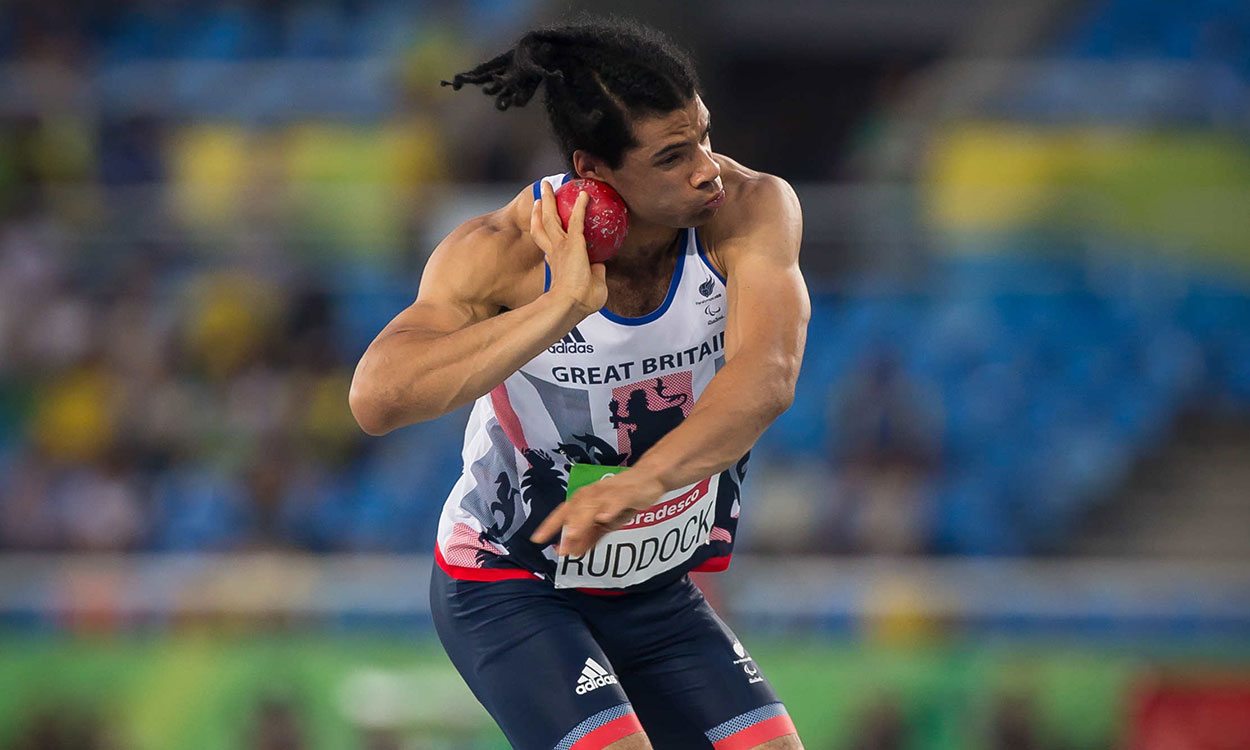 As the New England Patriots stunned the Atlanta Falcons to win this year’s Super Bowl in dramatic fashion last month, you would have struggled to find a more interested observer than Sam Ruddock.

He and his former Loughborough University American Football team-mates were enjoying their annual get-together, reunited to watch the current students’ line-up in their ‘homecoming game’, which just happens to coincide with the USA’s mammoth annual sporting show.

Watching is about as close as Ruddock can get to the sport these days, though. A former linebacker, he’s no longer allowed to ‘pad up’, not with world-class athletics aspirations to concentrate on now. The link between gridiron and track and field may not seem like an obvious one, but American football is actually one of the main reasons why the 27-year-old has now been to two Paralympic Games and is setting his sights on the World Para Athletics Championships in London this summer.

It won’t be the first time Ruddock has competed in the famous stadium. A whirlwind introduction to sprinting saw him thrust into the heart of the London 2012 Paralympics almost before he could blink. Fast forward to 2016 and he was a British Paralympian again but this time, in Rio, he contested the shot put.

Having been advised to swap the track for the field, Ruddock did so in 2014 and is now firmly focused on throws. As a former keen footballer, rugby player and basketball player, too, it’s clear there is a sporting versatility in his armoury. It’s one that is all the more remarkable given that he has cerebral palsy – specifically spastic diplegia, which has an impact on his balance, co-ordination and flexibility in muscles in his lower body.

“I kind of got thrown on the conveyor belt and just had to hold on for as long as possible!” he says of taking his first steps into the athletics world. “It was quite a whirlwind. I was talent-spotted with the help of a sprints coach called Joe McDonnell, who is a coach at Charnwood AC.

“He took one look at me when I was playing American football for the Loughborough University team and he suggested that I compete in sprints with my disability.

“… to be told, within seven months of stepping on to a track, that I was going to compete for Great Britain at a home Paralympic Games … it’s an experience I will cherish until I go to the grave”

“I didn’t know this world existed and in a couple of months it opened up wide. I was taken through the British Athletics talent identification programme and things just sprung from there. Within a matter of months I was ranked in the world’s top eight for the 100m, in the T35 classification, and in the June I remember getting the call saying they’d like to select me for the (Paralympic) team.

“I hated sports day at school – track and field is the one sport where it’s so obvious if you’re terrible at it, especially for someone like me who was less physically able than my peers – so to be told, within seven months of stepping on to a track, that I was going to compete for Great Britain at a home Paralympic Games … it’s an experience I will cherish until I go to the grave.”

“London happened very quickly, so I had no expectations (at the time), I just wanted to make the most of it,” says Ruddock. “However, having felt like I’d really found my niche I travelled to Rio with expectations on myself to do well but unfortunately that was my undoing (he finished sixth).

“A lot of this winter has been spent rebuilding not only my body but my mind. That’s why I’m really looking forward to this outdoor season, because I think things have really changed for the better.”

Ruddock insists training is going “better than we could have hoped”. Given what he has to deal with on a daily basis, and how much harder cerebral palsy makes it to perform his chosen skill, his progress is hugely impressive.

“If you ask any athlete who competes in any sport with cerebral palsy, there is always going to be difficulty,” he says. “You want your body to do something, your mind can probably compute and instruct it but the body can only move in a certain way with regards to restrictions – the way your muscles move, the way they behave, spasms and fatigue increasing as the session continues.

“That’s what we have to do battle with, particularly in a sport like shot put that requires a lot of footwork, of being on one foot at one time. Moving rotationally has also been a challenge.

“My cerebral palsy is mostly in my lower limbs so we find it difficult every season to separate the lower body from the upper body, which is a crucial element in the throws. It is very difficult but I spend about an hour before any session doing lots of prehabilitation. It helps me to open that window of opportunity that’s large enough for me to have a quality session while my legs are moving at an optimum level.”

“A lot of this winter has been spent rebuilding not only my body but my mind. That’s why I’m really looking forward to this outdoor season, because I think things have really changed for the better”

London 2017, of course, is providing no shortage of motivation or incentive. Having worked at last year’s Müller Anniversary Games – at the former Olympic Stadium – with the British Athletics media team, Ruddock can’t wait to get back there as a competitor.

“The expectation I have on myself is to enjoy my throwing and enjoy my training,” he says. “When I went out for the Paralympic final in Rio I was excited, I was hyped, but I didn’t enjoy it at all.

“A realistic target is to be on the podium at the world championships – the ideal is obviously to be singing God Save the Queen on the top spot. I’d love to do that but, if I bring my best on that day, and throw a PB in front of that home crowd, I can’t ask for much more than that.”

Should success come his way, you can bet Ruddock will be sparing a thought for his old Loughborough team-mates.

“Every Super Bowl weekend, we coincide it with the Loughborough University homecoming game – and it’s essentially an excuse for all the alumnis and all the old boys to come back and watch the current team play,” he says. “Then we go out for some food and watch the game (Super Bowl).

“That team is really the main reason why I’m doing what I’m doing now. I learned so much about myself, about my body and what I was truly capable of. They kept me in it – there were loads of practices where I wanted to throw my helmet down and not come back – but they pulled me back and said ‘stay with us and work at it’.”

» The 2017 World Para Athletics Championships from July 14-23 and the IAAF World Championships from August 4-13 will bring together 3300 athletes from more than 200 countries. It will be the first time the two events will be hosted by the same city in the same summer tickets.london2017athletics.com