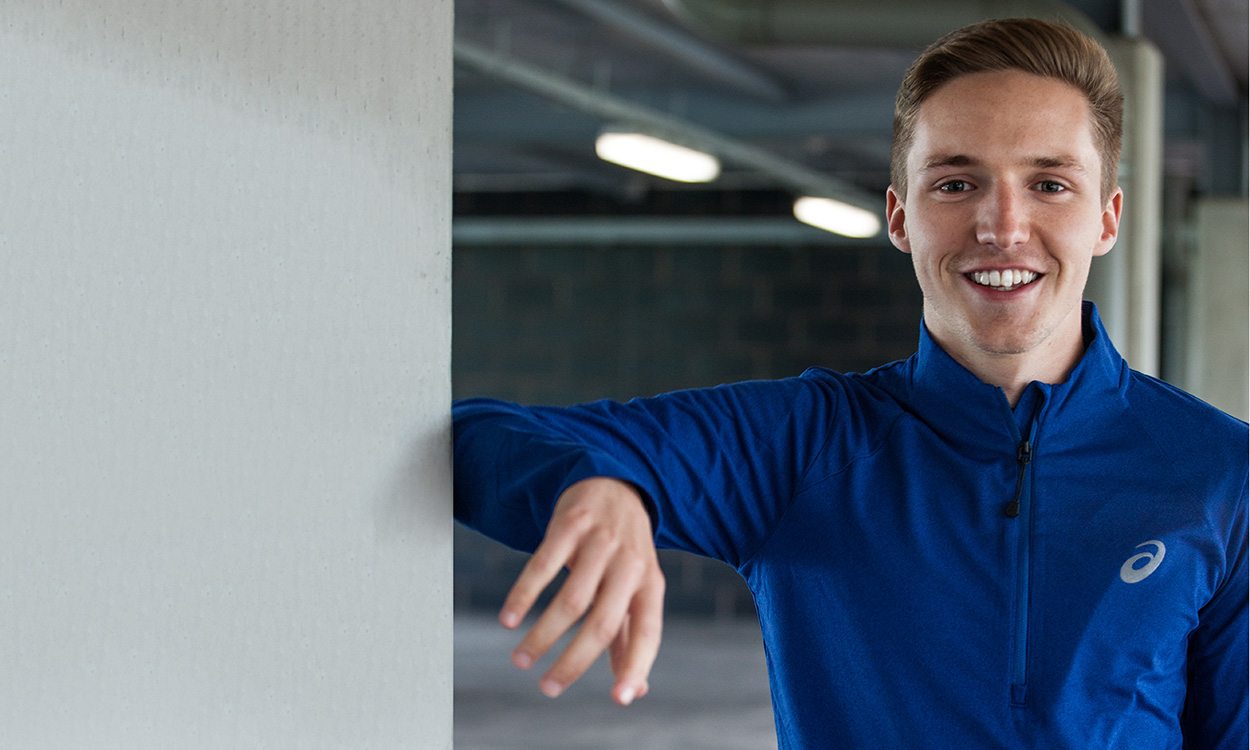 Advertorial: We hear from ASICS FrontRunners who want you to join their team

Sam Lloyd-Perks is a young endurance runner with international ambitions. The Cardiff Met student, trained by James Thie in the Welsh capital, has been involved with ASICS since 2015 but becoming part of the brand’s FrontRunner project – which offers the chance to be involved in a worldwide running community – has helped him in a number of ways.

How much of a difference has the ASICS FrontRunner project made for you?

It’s been pretty big in terms of feeling like part of a team and part of the brand. I had a kit deal with ASICS before but, since the FrontRunner scheme came along there have been more photoshoots, more meet and greets and more promotion too so it’s a big bonus.

What do you like about the ASICS FrontRunner team?

The group is really mixed – you’ve got people from all sorts of different backgrounds and all different kinds of running – and triathlon as well. I’ve always been a track runner at the more elite end of things – in terms of the groups I’ve been a part of, the coaches I’ve worked with and the set-ups. But to meet these people who are doing things like running a marathon in every country or 100km races…I’m intrigued by it all.

There are a few people who race similar distances to me, too, and we’ve bounced ideas off each other. It’s a support mechanism as well – we’re constantly speaking to each other on social media or at races.

If one of us has a bad day at the office we look after each other, show that we’re a team and get each other through it. It’s incredible.

What is your favourite kind of training session?

I’m the kind of runner that loves and hates everything! It changes from week to week. But, as a whole, I really love the longer reps. My favourite session would probably be 8-10 x 1km off 90 seconds rest.

What are your plans for the future?

I’ve had a dream since I was 16 to be a marathoner one day but I’m being really focused and strict on myself not to move up too quickly.

I see myself as a future marathoner and I hope I get there but at the moment I just want to stick to events like the 5k and then maybe step up to my first marathon when I’m around 26 or 27.

Chris Thompson is a runner I really look up to. His career path is one I’d love to follow.

He achieved a lot more than I did at youth level but he’s transitioned from a 5k and 10k runner up to the marathon and has produced some phenomenal performances coming back from injury.

ASICS is calling for new applicants to join its successful FrontRunner campaign, a programme which is a diverse influencer community across the globe to champion sharing their own experiences of running to inspire more people to run.

To apply to become a member of the team, you need to demonstrate a strong passion for running, a desire to be part of the community and to be prepared to share your journey to inspire others along the way.

Applications close on February 11, 2018 and the announcement of successful applicants will be made on February 21, 2018.