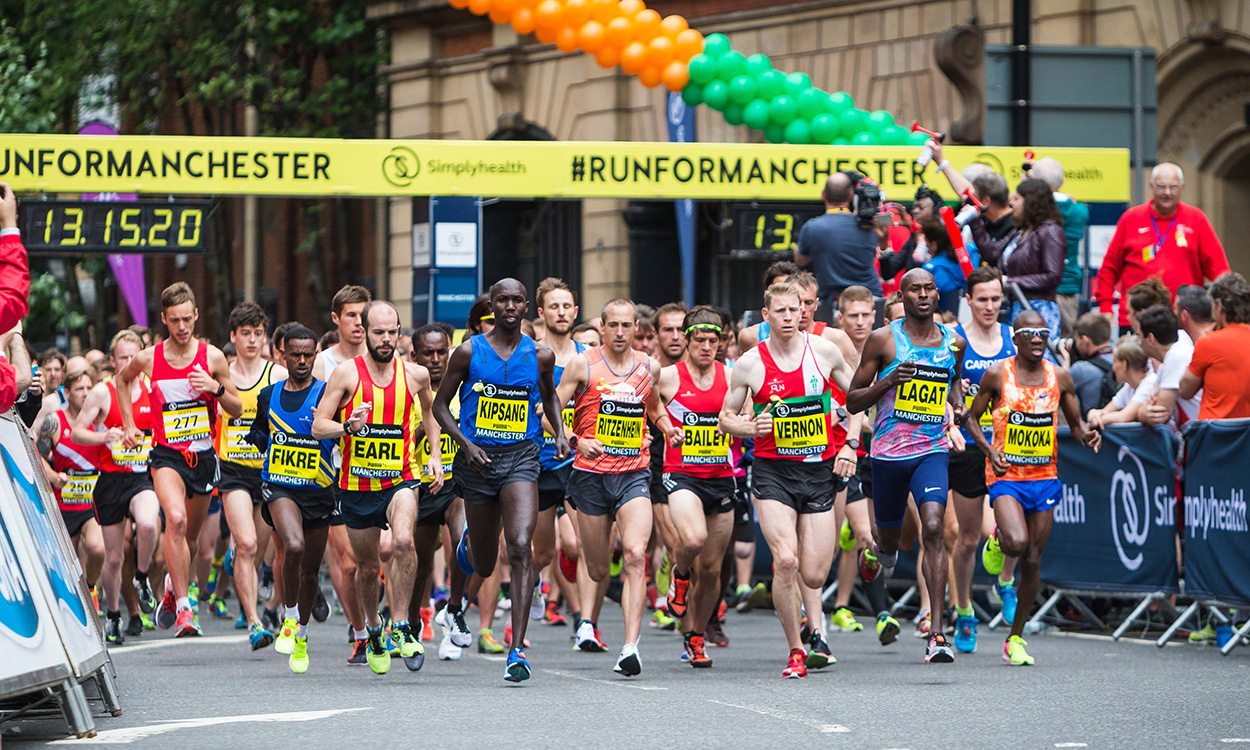 Runners from Salford Harriers and Athletics Club have won the opportunity to take part in an international race following their winning performance in the Simplyhealth Great Manchester Run last year.

The Great Club Challenge sees the fastest clubs from Simplyhealth Great Run events across the country awarded cash prizes and entered into a prize draw for the top prize.

Eight runners from the club will now travel to take part in the NN CPC Loop Den Haag on March 11. The ‘City-Pier-City’ half-marathon in The Hague is one of the biggest running races in the Netherlands and attracts athletes from national and international athletics associations as well as a large number of recreational runners.

“As the winning club we were awarded a club development grant by The Great Run Company, which has been greatly appreciated and put to good use.

“It was fantastic to hear we had also won the prize draw in the overall Great Club Challenge, the athletes are really looking forward to the trip to compete in the NN CPC Loop Den Haag races in March.

“Both the Simplyhealth Great Manchester 10k and the NN CPC Loop Den Haag races are on fast, PB potential courses and as a club we really encourage other clubs and their athletes to get involved.

“The NN CPC Den Haag Loop races are ideally scheduled for athletes looking for a fast race as part of their spring marathon training programmes.”

For athletics clubs keen to be in with a chance of winning cash for club funds, the Great Club Challenge is open to UK athletics and running clubs affiliated to their home country athletics association.

All athletes must be registered club members and indicate that they are a club member on the online entry form, with scoring based on the top four men and top four women. First prize for the Simplyhealth Great Manchester 10k is £400 plus eight entries into the 2019 event.

For more information or to enter visit greatrun.org/Manchester