Rutherford targeting top 10 of all time 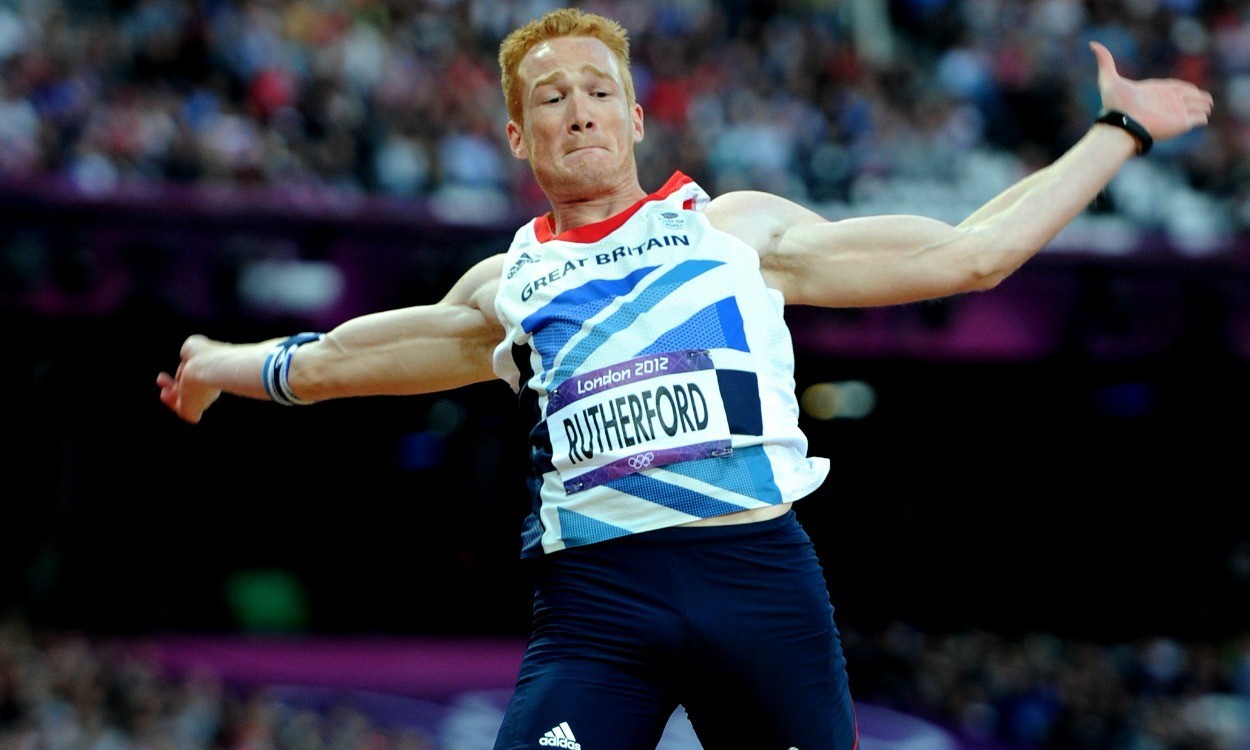 Encouraged by his British record leap in San Diego, the Olympic long jump champion believes there is more to come

With his UK record-breaking leap of 8.51m in Chula Vista on Thursday, Olympic long jump champion Greg Rutherford moved to joint 19th on the world all-time list and tops the rankings for 2014.

But although now speaking ambitiously of his future aims, the 27-year-old says that at the beginning of the competition he did have concerns as to whether it would be possible for him to get back to, or better, his best.

“I did worry that maybe my body wouldn’t be able to do it any more,” he says. ” After something like a ruptured hamstring, for certain people that really can damage their careers, whereas it seems for me I have been quite fortunate in that it’s healed well and it’s given me a second lease of life.

“But there definitely was a concern that it just wouldn’t happen for me. I’ll be totally honest, during the competition on Thursday when I saw everyone else around me jumping really far at the start of it I did slightly question myself and wonder if I could do it after two fouls and a run through.

“It’s shown to me that everything has worked, I’m on the right path again and where I am is a good place to be. It’s something I’ve been searching for for a while.”

In an injury-hit 2013, Rutherford hadn’t been able to return to the sort of form that had seen him claim his Olympic gold in 2012. His season’s best of 8.22m came in May at a Diamond League meet in Eugene before he ruptured his hamstring at the Paris Diamond League in July. He finished eighth at the IAAF World Championships in Moscow a month later, recording a best of 7.87m.

But towards the end of last year the Milton Keynes athlete joined a new training group in north London, having previously been guided by US-based Dan Pfaff. Now coached by Jonas Tawiah-Dodoo as part of a group dominated by sprinters, Rutherford had hoped putting more emphasis on speed would give him the edge on the runway and the change appears to have paid off.

“I’ve been waiting for a jump like that for a very long time,” he explains. “A lot of people said it was possible and I certainly did believe I could do it and still hopefully more.”

For Rutherford, that ‘more’ includes securing himself a spot in the top 10 of the world all-time list, a feat which currently requires a leap of at least 8.66m.

“First of all I want to get over 28 feet, which I think is 8.54m, so I want to get myself over that so I can get into a relatively elite club in the world of jumping,” he says.

“Going forward I’d love to end my career in the world all time top 10. I would see that as a massive feat.

“I think if you look back to one my earliest ever interviews I think I said I can go on and probably break the world record but that was my silly youth I think and having absolutely no idea of what it takes to become world class in the event.

“I would probably say I’ll aim for a world all-time top 10 rather than a world record.”

Returning to the UK on Tuesday, Rutherford will next compete at the BT Great CityGames in Manchester on May 17 as he works towards his targets of the Commonwealth Games in Glasgow and the European Championships in Zurich this summer.

» You can read more from an interview with Greg Rutherford in this week’s AW, out May 1, which includes his response to comments that his record leap was an illegal jump. You can read the May 1 issue online from Wednesday April 30 here.