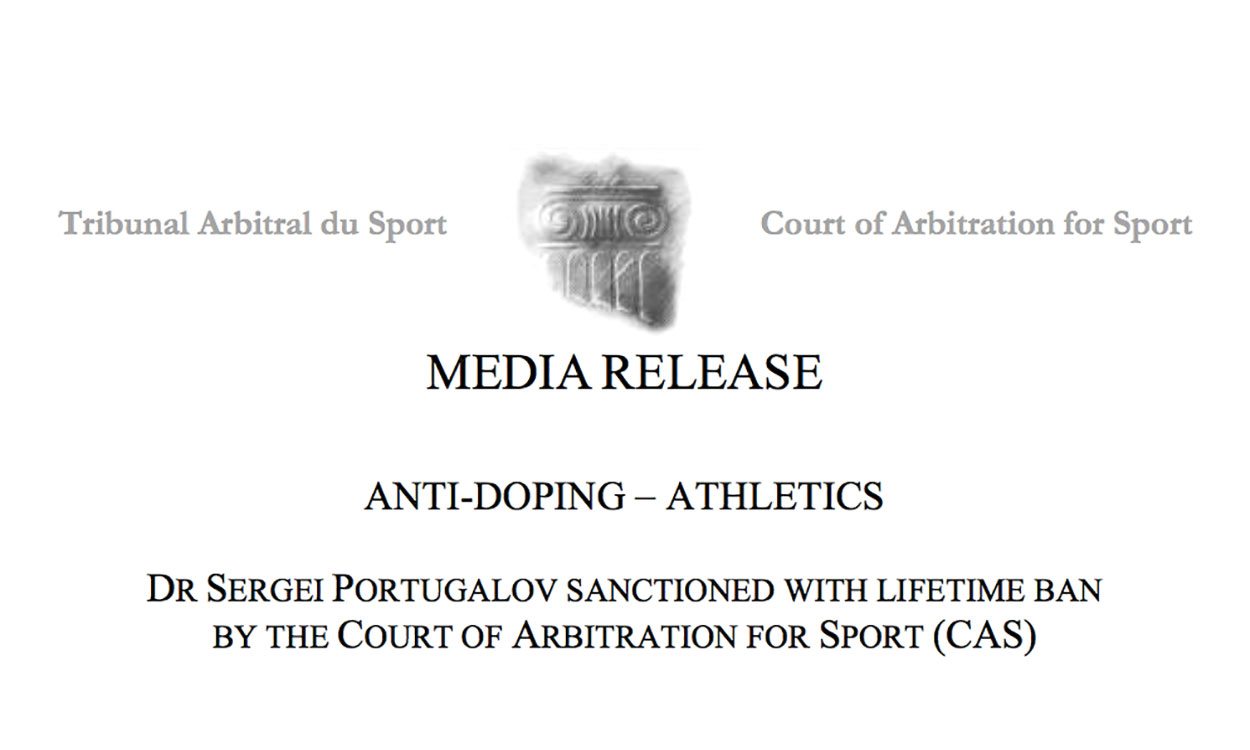 Russian doctor Sergei Portugalov has been banned for life by the Court of Arbitration for Sport (CAS).

In a statement released on Monday (March 13), the CAS said there was “clear evidence” that Portugalov had violated IAAF anti-doping and medical rules.

Due to the current suspension of the Russian Athletics Federation (RusAF), the CAS acted as first-instance decision-making authority for the case.

“The Court of Arbitration for Sport (CAS) has issued its decision in the arbitration procedure between the International Association of Athletics Federation (IAAF), the Russian Athletics Federation (RusAF) and Dr Sergei Portugalov, a Russian medical doctor who advised athletes affiliated to RusAF,” read the CAS statement in part.

“As a consequence, a lifetime period of ineligibility, beginning on 10 March 2017, has been imposed on Dr Portugalov.”