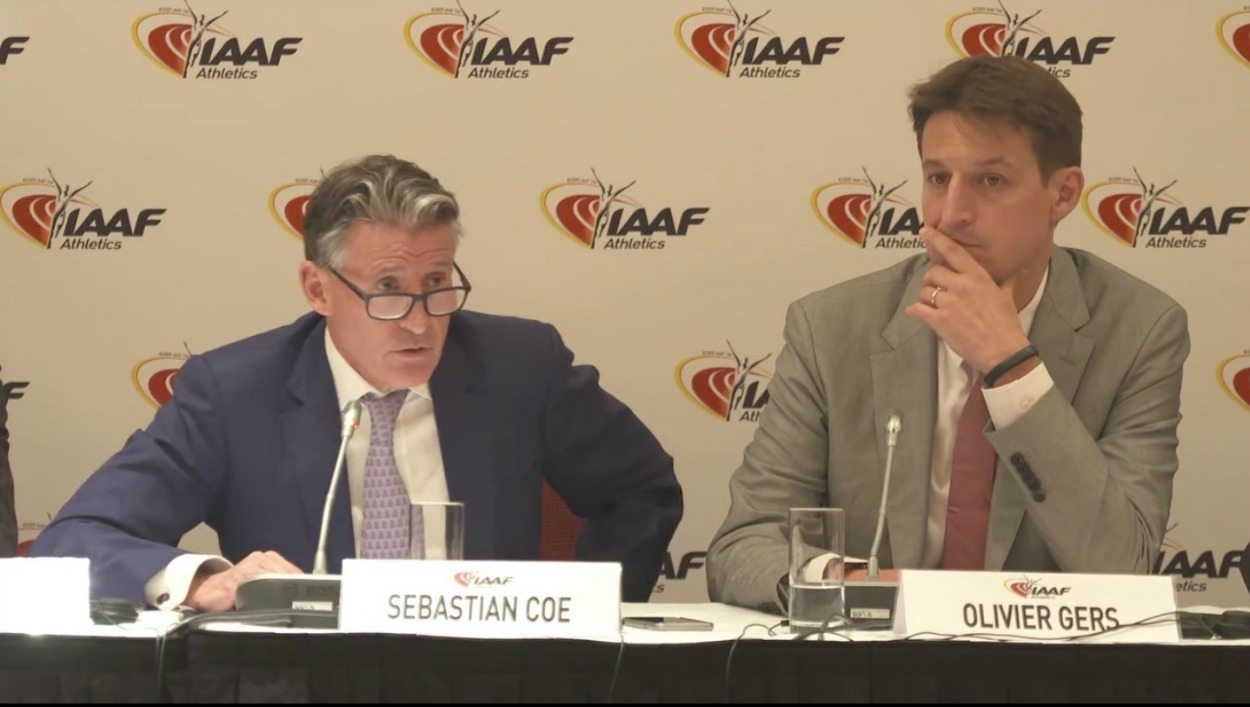 IAAF taskforce says the suspended nation’s efforts to tackle doping have improved, but not enough to allow a return to international competition

Seb Coe says progress has been made in Russia when it comes to addressing its doping problems, but the ‘speed’ of improvements has been limited and the country is likely to remain suspended for the foreseeable future.

The IAAF president was speaking at the end of an IAAF Council meeting in London on the eve of the World Championships and the Council will recommend to the IAAF Congress when it meets on August 2-3 that the Russian ban from international athletics will continue.

Rune Andersen, the independent chair of the taskforce that has been looking into anti-doping in Russia, told Coe and the IAAF Council that the country was moving in the right direction but “there were still issues that needed to be resolved”.

These issues include “meaningful testing” on a widespread basis. Russia also needs to acknowledge that it had an anti-doping problem in the past and also enforce suspensions on banned coaches. The likes of disgraced race walks coach Viktor Chegin is continuing to work with athletes, for example, says Andersen.

He added: “RUSADA has started some testing but not comprehensive testing. There is a long way to go before they conduct the testing which we consider to be meaningful.”

Coe said: “Things are moving in the right direction but the discussion we’re having is about the speed of that progress.”

Anti-doping aside, the IAAF Council also agreed to create a new youth council in order, says Coe, to make sure athletics remains relevant to young people.

Coe added that a lot of time at the IAAF Council meeting discussing “empowerment” and “allowing those who are elected to serve to do their job more effectively and with more of a sense of purpose”.

It was also agreed to begin IAAF development scholarships for women, while Olivier Gers, the IAAF chief executive, announced the global governing body had joined forces with ITN Productions in a new broadcast deal that starts in 2018.

In addition, the IAAF Council was briefed about the work of the athletes’ commission and its forthcoming elections.