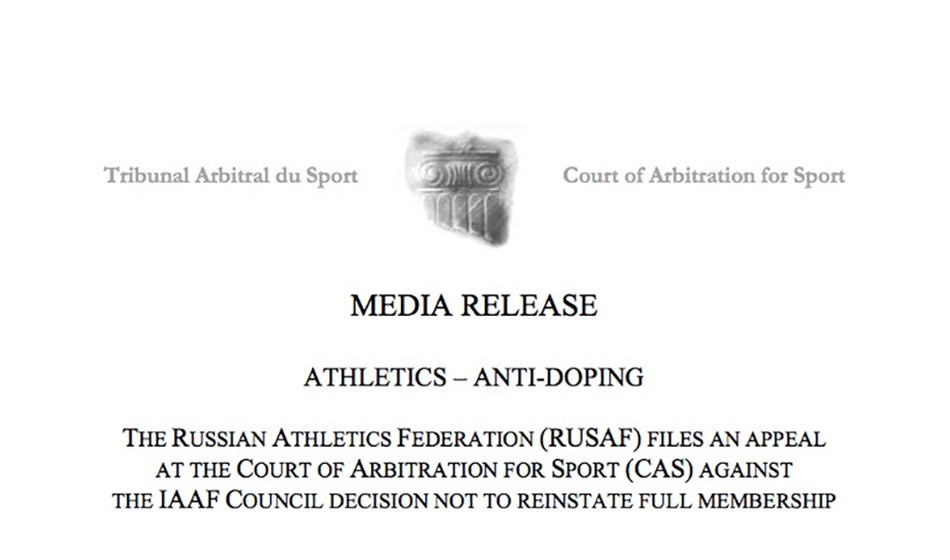 Despite WADA’s reinstatement decision, the IAAF has upheld its suspension of Russia

However, last week WADA announced its controversial decision to reinstate RUSADA as compliant with the World Anti-Doping Code.

Following that reinstatement by WADA, IAAF president Seb Coe confirmed that athletics’ world governing body would continue to rely on its own taskforce and roadmap for the reinstatement of RusAF “until we are satisfied that the conditions have been met”.

On Thursday, CAS announced that a statement of appeal had been filed by RusAF against that decision.

“RUSAF seeks a ruling from CAS annulling the IAAF Council decision of 27 July 2018 and reinstating it to full IAAF membership as soon as possible.

“An arbitration procedure has been opened. The parties will exchange written submissions and the Panel, once appointed, will issue directions with respect to the holding of a hearing and, at a later date, issue a final decision (Arbitral Award).”

RusAF president Dmitry Shlyaktin has also written directly to Coe, saying that the criteria for its ban to be lifted are “identical” to those affecting RUSADA. However, the IAAF wants access to samples and data from the Moscow laboratory and a full admission of the findings of the McLaren report into the scandal.

The CAS release can be found here.