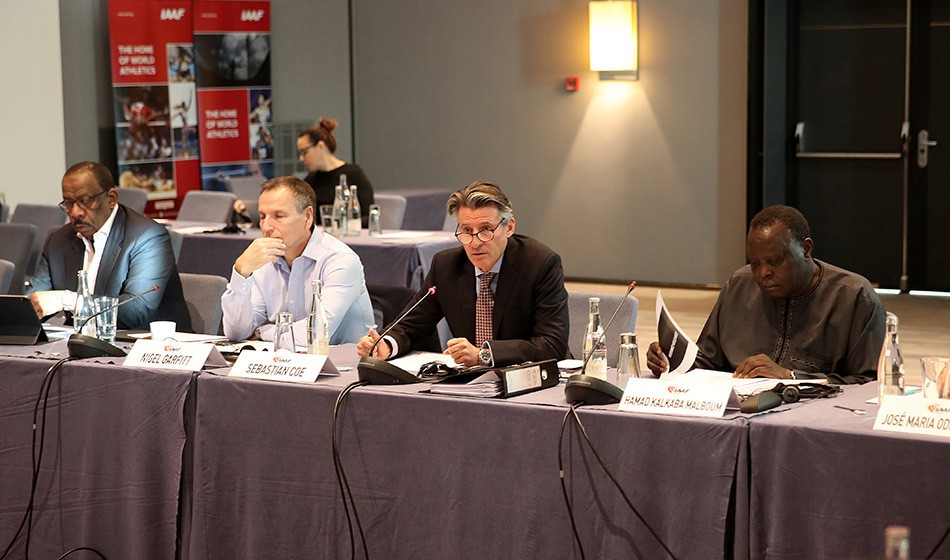 At the 215th IAAF Council meeting in Monaco (pictured), the IAAF Council accepted the recommendation by its taskforce not to reinstate RusAF until the outstanding conditions have been met in full.

Speaking at a press conference in Monaco, IAAF taskforce independent chairperson Rune Andersen confirmed that RusAF is still required to provide data and samples from the Moscow laboratory, plus pay all of the costs incurred in the work of the taskforce and in bringing or defending Russian cases at the Court of Arbitration for Sport.

With the next IAAF Council meeting scheduled for March, Tuesday’s decision means that Russia is not likely to have a team at the European Indoor Championships in Glasgow, with that event taking place on the first three days of that month.

Explaining the outstanding conditions which are yet to be met by RusAF, Andersen said: “The Athletics Integrity Unit must confirm that it has been given all of the data and access to the samples that it needs to determine which of the Russian athletes in the LIMS database have a case to answer for breach of the IAAF anti-doping rules.

“The IAAF Council was clear that Russian athletes cannot return to international competition unconditionally until that issue is resolved one way or the other.”

He added: “Secondly, RusAF must pay all of the costs incurred in the work of the taskforce and in bringing or defending Russian cases at the CAS (Court of Arbitration for Sport).

“The IAAF Council was clear that this debt must be settled for reinstatement to occur. It is not fair to ask the IAAF and its other members to continue to carry these costs.

“The taskforce hopes that RusAF and the Russian authorities will now take all steps necessary to meet these conditions as soon as possible.

“The taskforce stands ready to meet as soon as these conditions have been met in order to make a recommendation to Council for the reinstatement of RusAF.”

The Russian athletics federation has been suspended as an IAAF member since November 2015, although some Russian athletes have since been allowed to compete internationally as authorised neutral athletes.

The IAAF Council has so far decided to extend the suspension nine times.