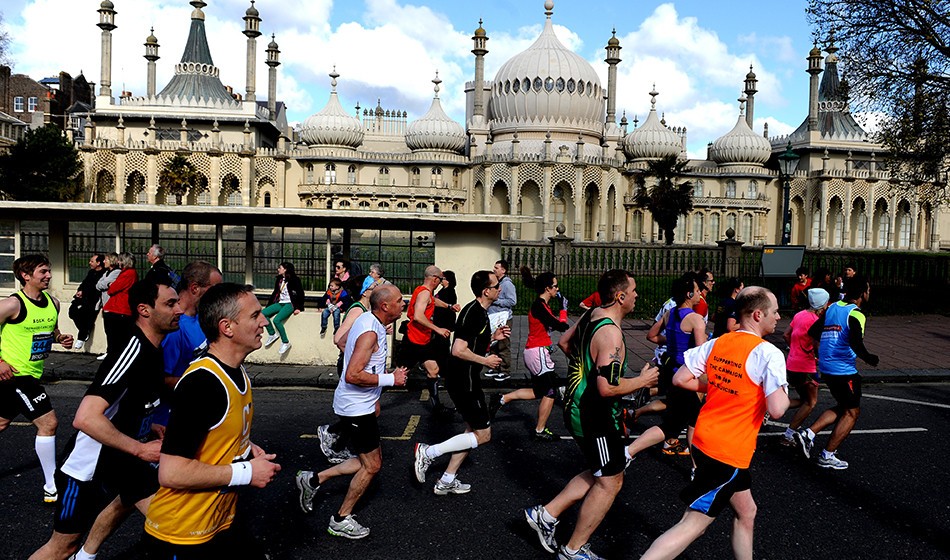 Held alongside one of the Brighton Marathon, the BM 10km has the stronger field of the two, led by Chris Thompson and Steph Twell.

Ethiopian Asefa Mengistu, who was fourth in Dubai last year in his PB of 2:04:06 and third on his return this year, is the quickest of eight athletes who have run below 2:08.

Yemane Tsegay, the 2012 Rotterdam Marathon winner, has run 2:04:48, while yet another Ethiopian, Feyisa Lelisa, the 2016 Olympic silver medallist, is next quickest with 2:04:52. Kenya’s Morris Gachaga makes his marathon debut after a recent half-marathon PB of 59:22.

Other Ethiopian contenders are Azmera Gebru, who has clocked 2:23:31, and Tinbit Gidey, who has run 2:23:37. Kenya’s Betty Lempus and Ethiopia’s Haimanot Alemayehu could be in the mix too.

» On Monday (April 15) the Boston Marathon will be staged for the 125th time with Japan’s Yuki Kawauchi and American Des Linden (pictured below) defending the titles they won 12 months ago in unusually cold, wet conditions.

US hopes will be high again as Jordan Hasay, who clocked 2:20:57 in 2017, continues her comeback from injury, while Linden should not be ruled out for a successful defence following sixth in New York last year.

Meskerem Assefa is a strong challenger as the winner of the Frankfurt Marathon last autumn with 2:20:36, when another Ethiopian on the start line, Belaynesh Oljira, was within a couple of minutes of her. 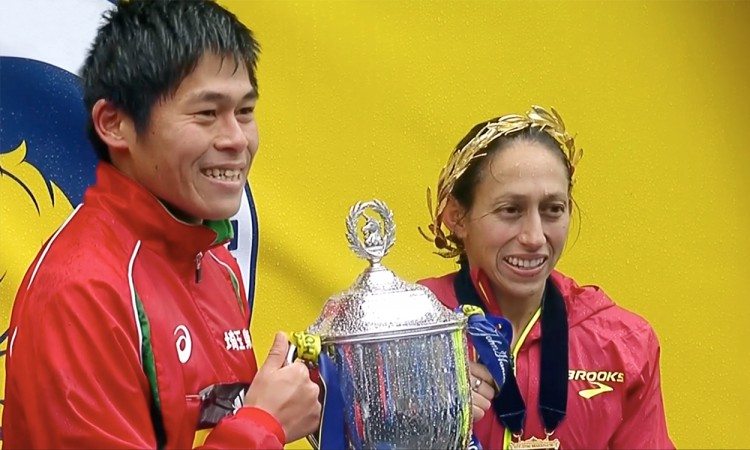 Olympian Alyson Dixon flies the flag for Britain as far as the elite women are concerned, while Ireland’s Fionnuala McCormack, fresh from her fine 18th place at the World Cross, also lines up.

Kawauchi’s win last year elevated him from a cult prolific marathon-running figure with more than 30 career wins, to superstardom, but a strong field will make it hard for him to repeat that.

Quickest among them is Kenya’s Lawrence Cherono, who set a course record of 2:04:06 in defending his Amsterdam Marathon title last year.

The current world marathon champion, Geoffrey Kirui of Kenya, will also be on the start line, hoping to improve on his second here last year.

Kenya’s Kenneth Kipkemoi (2:05:44), Felix Kandie (2:06:03) and Wesley Korir (2:06:13) are others to watch out for. Eritrea’s four-time world half-marathon champion Zersenay Tadese, should not be discounted either.

Abdi Abdirahman and Dathan Ritzenhein carry US hopes, while Britain’s Scott Overall returns to the marathon hoping to challenge his PB of 2:10:55.

» Back in Britain, Manchester stages the annual Sportshall Athletics UK Finals on April 13-14.

The event is the culmination of an indoor season which has involved more than a million children aged 9-15 across the UK.