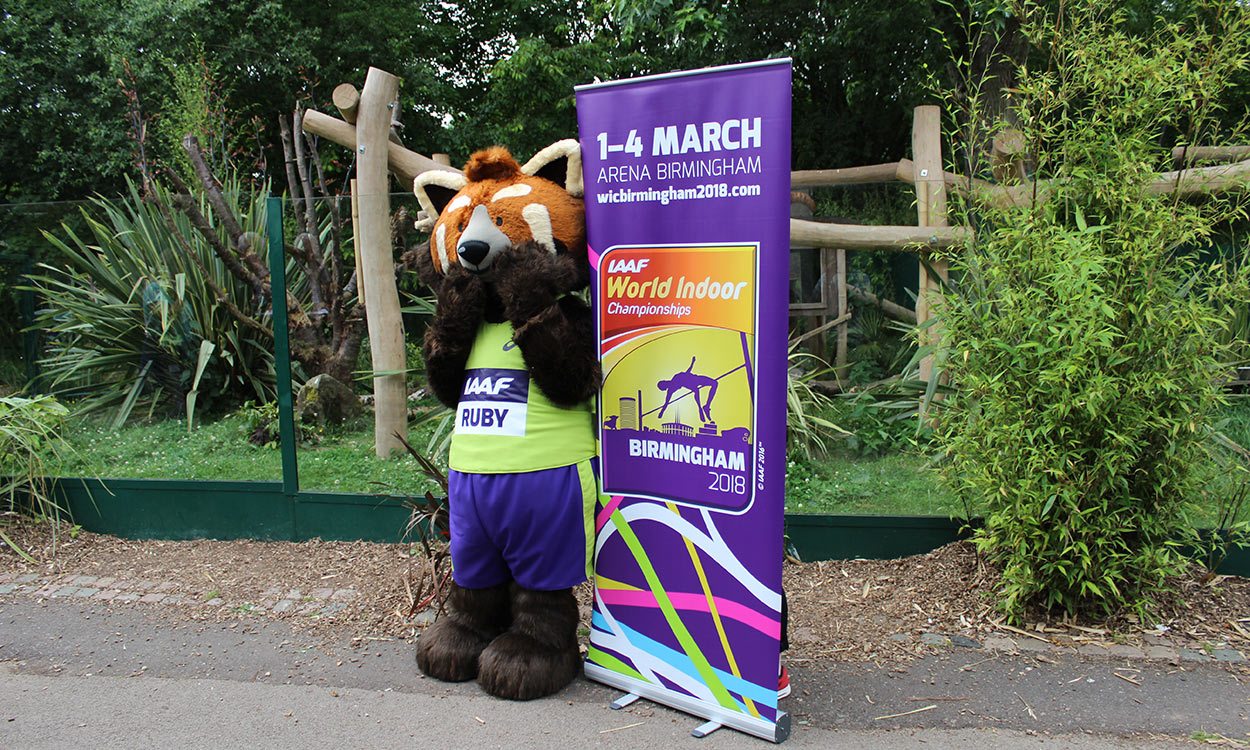 Ruby the Red Panda has been unveiled as the official mascot for the IAAF World Indoor Championships Birmingham 2018.

Ruby made her first appearance on Tuesday at the Birmingham Wildlife Conservation Park, which is just a few miles from Arena Birmingham, the venue for the Championships, which will be held in the city next year from March 1-4.

The park was chosen as the setting for Ruby’s unveiling as it is home to three red pandas – two adults Mo and Amba and their 11-month-old daughter Mambo.

Championships director for the IAAF World Indoor Championships, Joan Durose, explained why a red panda had been selected as the official mascot: “By having a red panda as our mascot we hope to increase the profile of these beautiful animals and help raise awareness of the fabulous work that Birmingham’s very own Wildlife Conservation Park does to help protect them.

“Ruby gets her name from the gem stone, because of her sparking personality and as a nod to the city’s famous Jewellery Quarter, as we’re keen to use Birmingham’s hosting of this major sporting championships as an opportunity to highlight some of the exciting visitor attractions that the city has to offer.

“The IAAF World Indoor Championships is going to be a fabulous event for people of all ages but we know mascots often appeal to young children and we hope that Ruby will help raise awareness of the event to families across Birmingham and beyond.”