Richard Whitehead looks to shake things up in “building” year 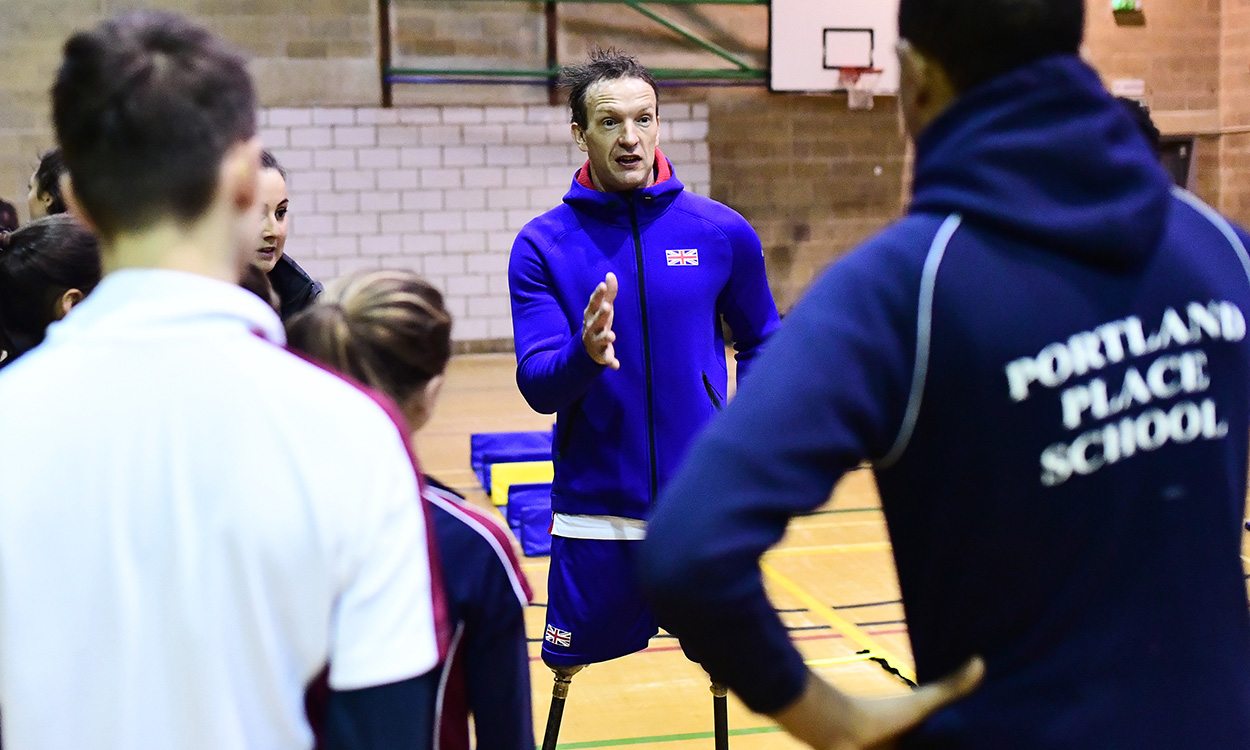 With no global championships to aim for in 2018, double Paralympic champion Richard Whitehead has set himself a new challenge of doubling up in the longer sprints and racing over 400m as well as 200m this year.

The 41-year-old has won four world and two Paralympic titles over his favoured 200m track event, while he also claimed 100m silver at the World Para Athletics Championships in London last summer.

Now working towards the World Para Athletics European Championships in Berlin in August, where he will race the half-lap event, Whitehead also wants to test himself over 400m as he continues to build towards the Tokyo 2020 Paralympic Games.

“This year is a building year for me, after having such a busy 18 months with Rio (Paralympics) and the world championships,” he says. “It’s really important to evaluate success on lots of different levels and plan for the future.

“I’m going to do some 400m races this year, as well as 200m, just to kind of freshen things up a little bit, work on that speed endurance, go back into that marathon engine a little bit,” adds the 2:42 marathoner. “Even though I’m 41, I still feel I’ve got loads of areas to improve and one of them is technically, so the 400m is definitely going to push me in that respect.

“Generally this year is about looking at Tokyo and how I’m going to maintain this level of success and push on my 200m event.

“I’m not an athlete that likes just to win, I like to make sure that I give it 100 per cent and push the event on, be one of the pioneers of not just my event, but Paralympic sport. Hopefully when people see me compete, they see it’s not just about winning the medals but it’s also about what I give to the sport and I commit wholeheartedly to my training, to competition, and leave everything out on the track. Hopefully when my team-mates put on their tracksuits they replicate that.”

“I still feel I’ve got loads of areas to improve and one of them is technically, so the 400m is definitely going to push me in that respect”

While Whitehead intends to travel internationally on the hunt for “some great conditions” in which to race over 400m this summer, a big target on home soil is the Müller Anniversary Games, which he helped to launch on Monday before joining students from Portland Place School for an indoor athletics session.

The two-day event, which incorporates the IAAF Diamond League, returns on July 21-22 and will see a number of para-athletics stars in action.

“It’s important that the events are integrated and it shows how far para sport has come since London 2012,” Whitehead says. “When I stand on that start line in July, all those memories will come back and hopefully I can replicate that performance again with a trademark finish.”

The 23.01 200m man also hopes to display his powerful finish at the European Championships, where he’ll go for a fourth sprint gold. Classification changes mean the double above-the-knee amputee athlete will now race in the new T61 category, rather than his previous T42, for which there are no 100m or 400m events, so he will focus on the 200m in Germany.

“It doesn’t affect me at all regarding my training,” he says, discussing the classification changes. “I train harder than ever, I train more now at 41 than I did when I was 25. The classification itself has obviously changed for some reason.

“Unfortunately, athletes are having to move away from their key events in certain instances. But at the end of the day, I’m an athlete, I like to compete, I love what I do and that’s what I’ll always do.”

» Tickets are now on sale for the Müller Anniversary Games and can be purchased from www.britishathletics.org.uk