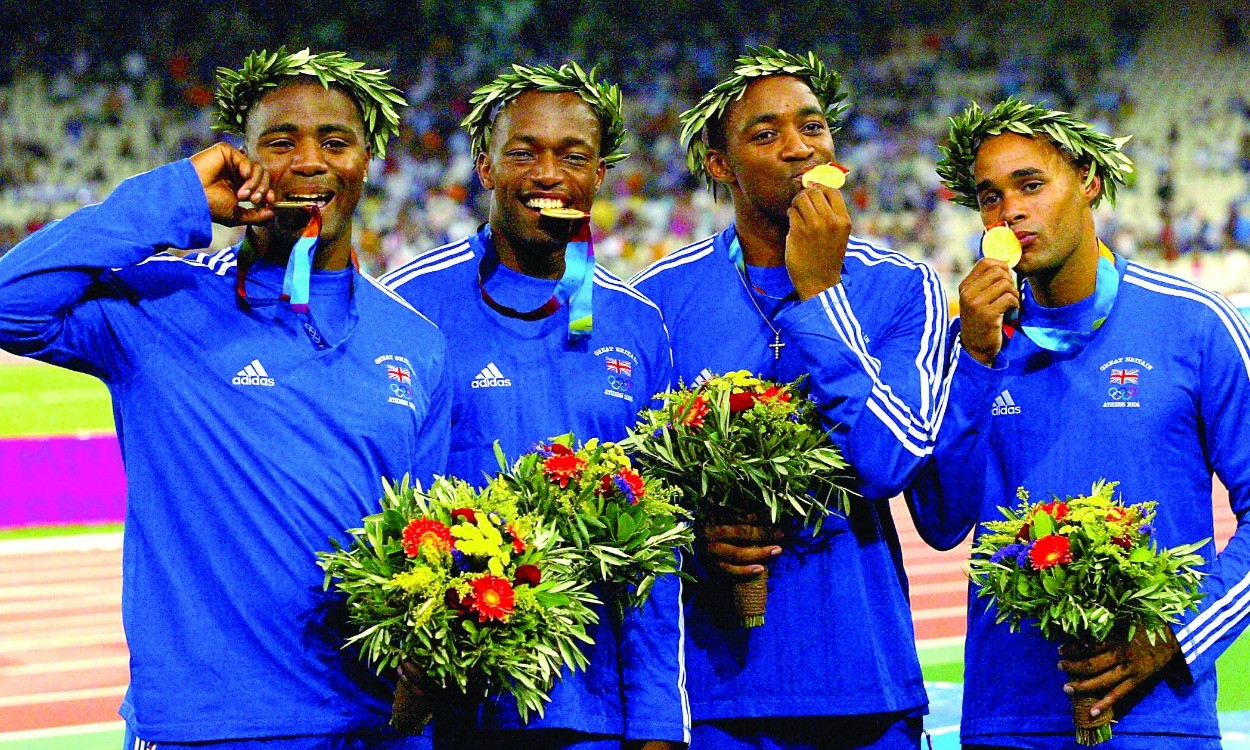 The Manchester International on Wednesday (August 16) is to stage a very special athletics reunion as the 2004 Olympic gold medal-winning 4x100m team of Darren Campbell, Jason Gardener, Marlon Devonish and Mark Lewis-Francis come together again to take part in a sprint relay event.

The quartet famously saw off America to clinch victory in Athens 13 years ago and Mancunian Campbell is relishing the chance to get back on the track.

“The Manchester International is all about athletes and spectators having a good time and reminding people what our great sport is all about – competing hard, but also having a great time and putting on a show,” he said, with the team also competing to raise money for the ‘We Love Manchester Emergency Fund‘.

“The Olympic gold medal race was one of the greatest experiences of our careers and it feels right to mark a great summer for the sport in this country by digging out our competition kit and reliving that moment, even if the legs move slightly differently to how they used to!

“We also recognise that Manchester has experienced a really tough time this year and we’re really keen to support the city and be part of an event that shows what a great sporting place it is.”

The Olympic champions are to line up in a special race during the meeting which will also offer the chance for local youngsters to take on some sprinting royalty.

This year’s event will also see the appearance of the Danish national team.

Manchester’s former world boxing champions Anthony Crolla and Scott Quigg will line up as part of a special celebrity team to take on the 2004 Olympic 4x100m champions.

“We are delighted that some of Manchester’s sporting royalty will be coming to support both the city and our event,” said Dean Hardman, head of events for England Athletics.

“It promises to be a fantastic evening of sport, offering the people of Manchester an opportunity to witness some high-class athletics at close quarters.”

The action begins at 16:30 and a timetable can be downloaded here.

» Tickets for the event, which forms a key part of the preparations for the home nations ahead of the 2018 Commonwealth Games, can be purchased here and cost £5 for adults. Under 16s are free