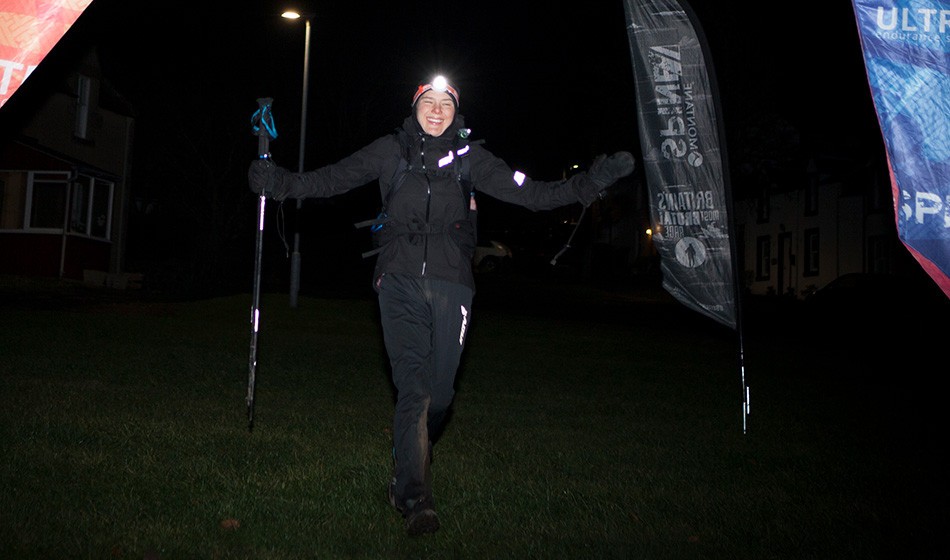 Record-breaking ultra runner Jasmin Paris has been selected to represent Great Britain for the first time, securing a spot on a 12-strong team for the IAU/ITRA Trail World Championships in Portugal in June.

The 35-year-old smashed the outright Montane Spine Race record by more than 12 hours earlier this month, covering the 268-mile route along the full Pennine Way in 83 hours, 12 minutes and 23 seconds.

She became the first female to win the race overall, improving on the previous best of 95:17:00 set by Eoin Keith in 2016.

Pulling on the GB vest in Miranda do Corvo on June 8, Paris will be joined by world long distance mountain running champion Charlotte Morgan, plus Holly Page, who was the highest-placed British finisher at the 2018 edition of these championships; Jo Meek, who was the leading female Briton at the 2017 and 2016 championships; Katie Kaars Sijpesteijn and Georgia Tindley.

Team leader Adrian Stott said: “The strength in depth of mountain and trail running in the UK just now is apparent in the strong men’s and women’s teams selected.

“The British team has traditionally competed well and come home with team medals from these championships. We are sure our team will again be a match to challenge the leading nations like Spain, Italy France and the USA.”

He added: “The fact it is a relatively short, but technical 45km course for this year’s ultra-trail championship, has been reflected in the selection with a mix of experienced ultra-runners and long distance fell runners, well suited to doing well in June.”