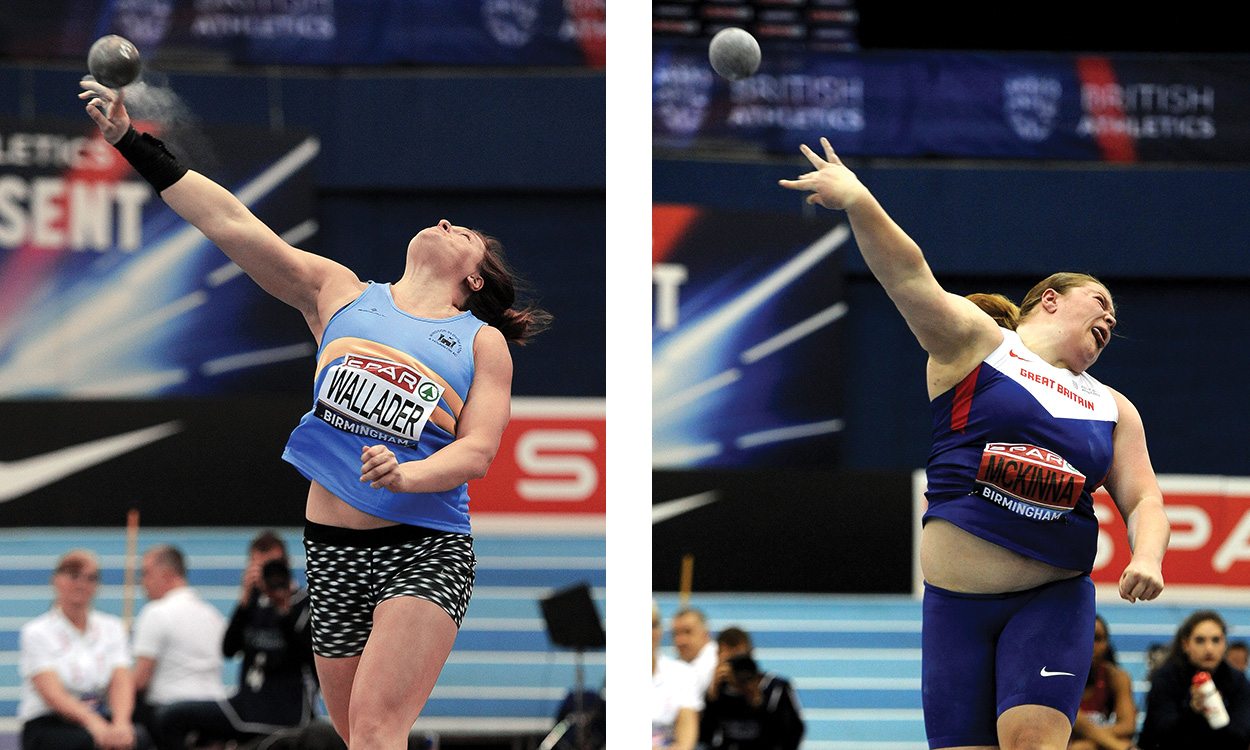 An 11-strong GB team has been named for the event in Leiria, Portugal

A British team of 11 athletes has been announced for the European Throwing Cup which will be held in Leiria, Portugal, on March 10-11.

One of the highlights of the recent SPAR British Athletics Indoor Championships was the women’s shot put contest, and the main protagonists on that day will battle once more in Portugal.

Rachel Wallader overcame Sophie McKinna with a stunning last round effort of 17.45m in Birmingham, to overhaul the Great Yarmouth athlete with a 17.42m personal best.

They will be joined by Olympians Chris Bennett and Mark Dry, who will compete in the hammer throw, while there will be senior international debuts for Joe Harris in the javelin and Phoebe Dowson in the discus. The latter threw a personal best of 52.37m at the winter throws event organised by British Athletics in conjunction with Loughborough University, to secure her first British vest.

In the under-23 category, five developing athletes have been picked to represent the British team.

Cardiff’s Sarah Omoregie emerged from last week’s British championships with a huge PB and fourth place overall in the women’s shot put. Still only 17, the Commonwealth Youth Games silver medallist has improved to 14.88m this year; in fact, she has thrown significantly further than her 2017 PB three times this calendar year.

Amy Holder and Welsh under-17 record-holder Bethan Rees will go in the discus and javelin respectively.

Welshman Jac Palmer will compete in the hammer throw as he warmed up with a solid 64.90m opener in Loughborough last weekend. He’s joined by English Schools champion Daniel Bainbridge, who improved his lifetime best to 64.28m in the javelin at the same competition to earn his first age-group call-up for the British squad.

“The European Throwing Cup provides our athletes with the perfect continental competition early in the year. For our developing throwers, this competition will help to bridge the gap from being a competitive junior, to a world-class senior,” said Peter Stanley, head of field events at British Athletics.

“We witnessed a fantastic shot put competition at the British Athletics Indoor Championships a couple of weekends ago so I am delighted to select Rachel and Sophie to compete alongside Europe’s best to continue their strong start to the 2018 campaign. We are pleased to have debutants on the team who have stepped up their performances to earn the British vest.”