Perri Shakes-Drayton hangs up her spikes 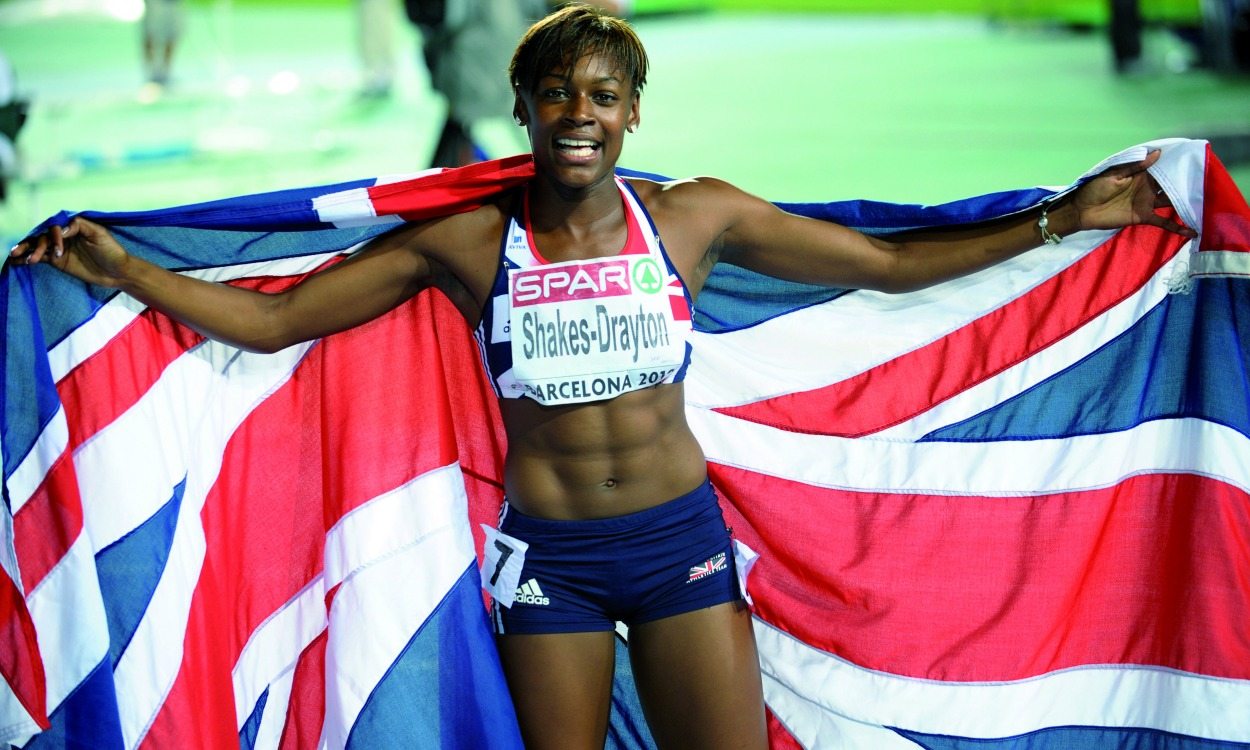 Perri Shakes-Drayton, the second-fastest Briton of all-time in the women’s 400m hurdles, has called time on her career aged 31.

Only Sally Gunnell, the Olympic and world champion and former world record-holder, has run quicker than Shakes-Drayton. But in addition to her hurdles performances the Londoner will be remembered for her races in the flat 400m and relay.

In 2013 she won European indoor titles at 400m and 4x400m in Gothenburg. At the World Indoor Championships in Istanbul in 2012, meanwhile, she anchored the British team to a spectacular victory over the United States in the relay before going on to reach the Olympic semi-finals in her specialist event in London later that year.

In total she won seven major medals at indoor and outdoor championships – including the European under-23 400m hurdles crown in 2009 – and such performances led to her going on the cover of AW several times.

Good luck to Perri Shakes-Drayton in retirement. The multiple AW cover star is hanging up her spikes aged 31. pic.twitter.com/llwozIhOrb

Her best 400m hurdles time of 53.67 was set at the London Anniversary Games in 2013 but a few weeks later she tore her cruciate ligament and damaged cartilage in her knee in the World Championship final in Moscow.

It was a career-threatening injury and she missed the following two seasons before re-inventing herself as a 400m flat runner. This culminated in her helping the GB team to relay silver at the World Championships in London in 2017.

She struggled to recapture the form she had before the knee injury, however, and last year she married international high jumper Mike Edwards and is now looking forward to life after athletics.

“There comes a point in an athlete’s life where you’ve got to decide to call it a day,” she says. “Athletics has given me so many opportunities, I have travelled the world, I’ve met some great people and I’ve had my fair share of ups and downs. I am proud of what I achieved and when I look back at the archives and see the races – the excitement I bring to a relay – it does put a smile on my face.

She added: “I have had a tough battle with injuries but I managed to come back in 2017 and get a silver medal in relay at the worlds and that was nice but now I am ready to move on. It has taken me a long time to make this announcement because it is not something easy. I have been in athletics for the majority of my life. I’ve been doing it for almost 20 years and professionally for 11 – it is a big part of me.

“I am good, my body is good and it is not because I am carrying an injury it is just that I got to a point where I was like ‘I am ready to move on’. Big thanks to my coach Chris Zah. He saw the potential in me from the start at a young age and he has been there through the ups and through the downs.”