Paula Radcliffe on ‘the one that got away’ 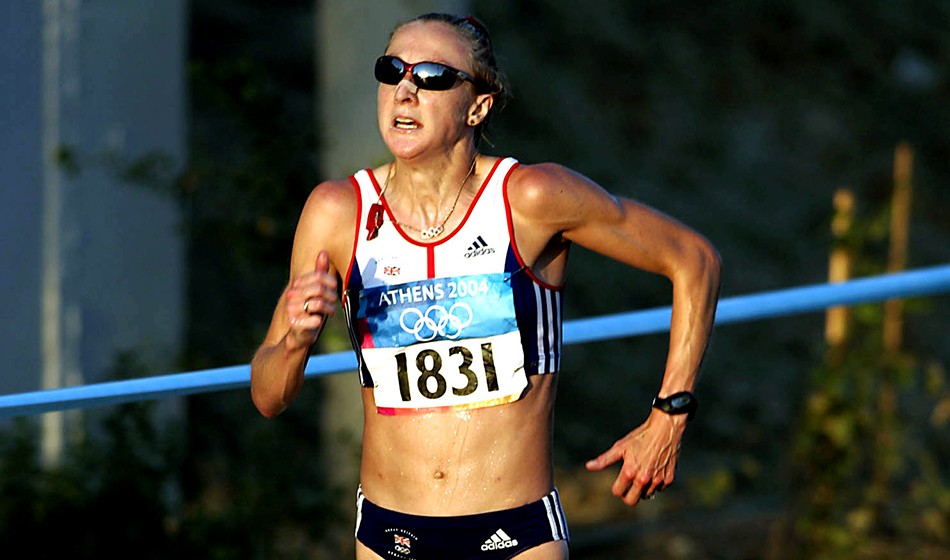 British marathon great talks candidly about her Olympic experiences, including that dramatic stop during her Athens 2004 title hunt

Writing in Athletics Weekly a couple of weeks after the women’s marathon at the 2004 Olympic Games in Athens, editor Jason Henderson explained how the magazine had been bombarded with letters. “Our mailbag is full of tributes to Kelly Holmes and comments on the performance of the British team,” he wrote. “Yet the overwhelming issue that has grabbed your imagination – by far – is the plight of Paula Radcliffe. 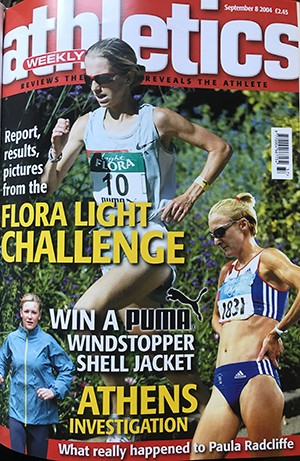 “Nobody died, only a dream,” he added. “But this has not stopped dozens of readers writing to express their sympathy, support and, most commonly, theories for her demise.”

Radcliffe had gone into the race as huge favourite for gold. At the peak of her powers, she had broken the world record in 2002 and then again in 2003, running that incredible 2:15:25 in London. But her build-up had not gone to plan.

We have since learned the reasons behind her dramatic stop. The leg injury which required treatment, the course of anti-inflammatories she had to take and the impact of that medication on her stomach.

She was determined to run but, struggling with low energy, she got to 36km and just couldn’t continue.

Although she had previously missed out on an Olympic medal in 1996 and 2000, this was by far her most heartbreaking moment.

Now, reflecting on that race and her whole career on Sky Sports’ The One That Got Away podcast, Radcliffe talks candidly about how an Olympic title is indeed ‘the one that got away’.

“I didn’t feel great from the start with my stomach,” she recalls, casting her mind back to August 22, 2004. “I just remember feeling very, very cold – even though it was the hottest day. I had been in the ice bath before and I just couldn’t get warm, which looking back is a sign that my energy levels weren’t high enough. And then when there was a bit of a breakaway and I tried to cover it towards the crest of the hill, I remember feeling like I was running out of energy.

“The hardest part for me was when I realised that I couldn’t hold a straight line. I found myself running in the gutter, almost not having any control over where my legs were taking me. It almost starts to feel a little bit fluffy, a little bit woolly –  like you’re there but you’re not really there. Like those horrible dreams where you’re trying to get to the finish and make your body move, but your body just won’t move. This was actually in the race, and in the biggest race of my life.

Given that build up, would she have raced had it not been the Olympics?

“There’s always another big city marathon that you can do, there’s not always another Olympic Games,” she tells Claire Thomas, “particularly when you’ve finished fifth in 1996 and fourth in 2000. It felt like it was my race to lose that year.

“It also felt like I was carrying a whole load of pressure, but I think the biggest one was from myself: it was the Olympic Games and this dream I’d had since I was an 11-year-old child. Without a shadow of a doubt, I wouldn’t have gone through all of that if it hadn’t been the Olympic Games.”

Not willing to give up on her Olympic dream, she insisted on taking to the track for the 10,000m final just a few days later, too.

“One thing I have always been very good at is knowing myself – what I can cope with and what I can’t cope with – and, for me, the bigger question and the harder thing to deal with would have been to come away from Athens and not to try and race the 10,000m, and to always be going back and asking myself ‘what if I could’ve done that?’, so I got the answer to that question,” she explains.

“I had to sit down with the Team GB sports psychologist Steve Peters, because the management would not let me race until I had spoken with him. He asked me what would happen if my leg hurt, or if I couldn’t finish, or if I couldn’t run well, on top of what had already happened in the marathon. I remember just turning around to him and being very clear that the worst had already happened for me, and that the next worst thing would be having to sit in the stands and watch the race, and wonder ‘what if?’.

“Running, for me, it’s part of my healing process. It’s not just about competing or getting into shape. I don’t run now with any view to racing or to try and run fast, it’s just because it makes me feel better. When I go through tough times, I go out and run.”

“Running, for me, it’s part of my healing process. When I go through tough times, I go out and run”

So Olympic gold really is the one that got away?

“Oh yes, without a doubt,” she says. “I had the world cross country that meant so much to me, I didn’t get a world championship on the track but I got a silver medal. I got the European and Commonwealth Games which were also extremely important to me. And then I got the world title in the marathon which is on many levels the same standard of competition as the Olympics but it’s not the Olympic Games.

“But my mindset, as an athlete and as a person, is that you set those goals, you give it the best shot that you can. Sometimes you’re going to achieve more than you thought you were capable of, and sometimes you won’t achieve them, but unless you try you really won’t know.

“Looking back on my career in general, I achieved way more than I ever dreamed I was capable of doing, when I set out on that journey as a nine-year-old, and I wouldn’t swap any of those high points for the low points that happened in the Olympic Games: they mean too much to me, and I worked far too hard for them.”

» Paula Radcliffe was speaking with Claire Thomas for the latest episode of Sky Sports’ vodcast and podcast series, ‘The One That Got Away’, which is available on YouTube and downloadable here or wherever you get your podcasts from

Tags: Athens 2004, Claire Thomas, Marathon, Paula Radcliffe, Photograph by Mark Shearman, Sky Sports, The One That Got Away