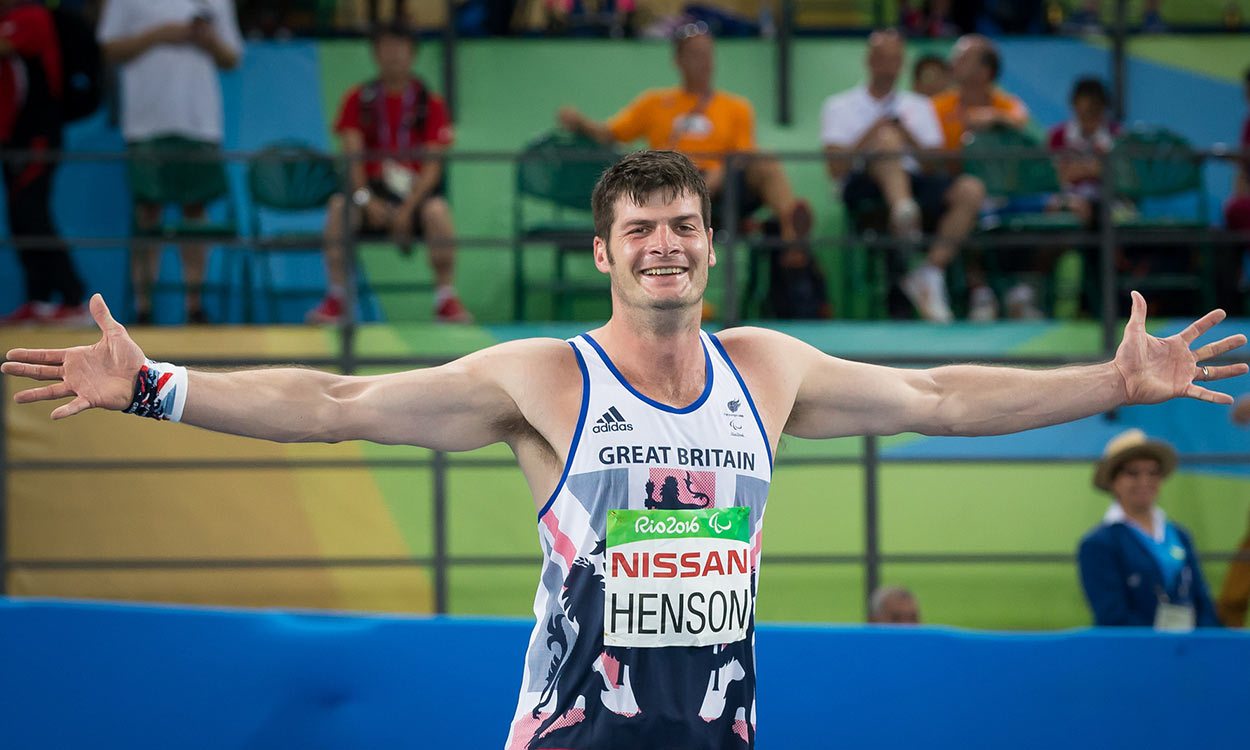 Last summer’s Paralympic Games in Rio was a pivotal period for Dave Henson as he went from being an “injured soldier” to a Paralympic medallist.

Now the 32-year-old is eager to discover what he can achieve at the World Para Athletics Championships in London.

Five years ago Henson watched the London 2012 Games in the UK capital as a spectator and now that it is his turn to take to the track, he’s got another global medal in mind.

“I went into Rio really still defining myself as an injured soldier,” explains the former army captain, who lost both of his legs when he stood on an Improvised Explosive Device (IED) in Afghanistan in 2011. “But I went to Rio and I managed to achieve what I set out to achieve. I came back from there and suddenly I wasn’t an injured soldier anymore, both in my mind and how people viewed me – I was a bronze medallist, a Paralympian.”

Reflecting on his T42 200m medal-winning success, he adds: “It allowed me to be proud of who I am as a person and what I have achieved and what I can still achieve despite the fact that this life-changing event happened.

“In the way that I carry myself and the way that I view myself in the mirror – there’s pride there which perhaps might not have been there before,” he continues. “I’m proud of what I’ve done, I’m proud of what I’ve achieved and that includes all of my army service and the struggles and trials and tribulations it has taken to get here, but I’m proud again and that doesn’t come easily.”

The Invictus Games gold medallist has improved his 200m PB by almost half a second this year, clocking 24.25 in Newham earlier this month to put himself second in this summer’s rankings behind team-mate Richard Whitehead.

“It was a really good way to go into the holding camp,” Henson says of his PB. “It really demonstrated how much progression I’ve made in a year again.

“It was a bit of a slow start in terms of times but it has all been part of a plan and we’ve got there so I feel really good.

“From a hardware point of view I’d like to take home one world championship medal,” he adds on his London 2017 hopes. “That is more likely to come in the 200m.

“From a 100m perspective, for the world championships in Doha I didn’t qualify, a year later in Rio I qualified but didn’t make the final. So for the 100m this year I’d love to make the final. Going off the world rankings that’s a hard challenge for me to push from 12th to eighth but I’m a firm believer that anything can happen on the day.”

“suddenly I wasn’t an injured soldier anymore, both in my mind and how people viewed me – I was a bronze medallist, a Paralympian”

Although he has been making promising progress on the track this summer, athletics has not been Henson’s sole focus.

Having started a PhD in amputee biomechanics in April 2015, he switched his attention to that after Rio and has been continuing to balance sport and his studies.

“I came back and pushed on with my PhD,” Henson explains. “I didn’t do any warm weather training this year but that doesn’t mean the training stopped, I just had to change the way that I trained.

“Doing that and full-time athletics is one of the hardest things I’ve ever done,” adds the European silver medallist, who hopes to have his PhD completed ahead of Tokyo 2020.

“My previous degrees were mechanical engineering as an undergraduate and then medical engineering as a post graduate masters. The PhD is looking at above knee amputee function and why things like going up stairs, riding a bike and going uphill are all incredibly difficult and how I, as an engineer, can use a knowledge of the body to design better surgeries, better prosthetics or better rehab processes.