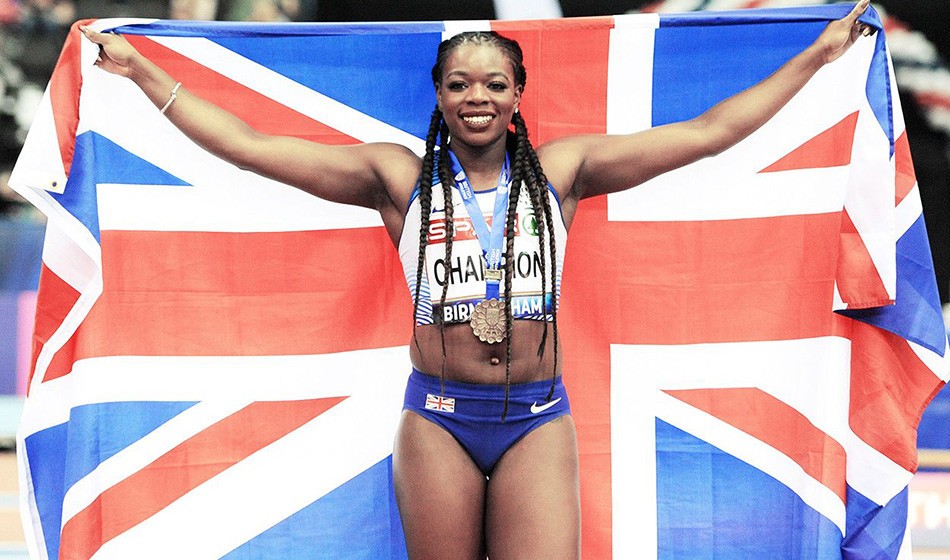 Asha Philip, Laura Muir, Andrew Pozzi and Katarina Johnson-Thompson are among athletes due to compete in Birmingham

Olympic, world and European medallists are among those set to compete at the SPAR British Athletics Indoor Championships on February 9-10, with one month to go until the event at Arena Birmingham.

Places on the GB team for the European Indoor Championships in Glasgow in March will be up for grabs as well as British titles and so far double European indoor champion and world indoor medallist Laura Muir is among those to have accepted a place to compete.

British record-holder Asha Philip will aim to defend her 60m title, which would be her fourth successive British indoor gold, ahead of looking to retain her European indoor crown, while the also-confirmed Andrew Pozzi will hope for the same as Philip as he bids to win both British and European titles this winter.

In field event action, Jazmin Sawyers will look to recreate her winning moment from the 2016 edition as she battles for the women’s long jump crown, with one of those confirmed to compete in the same event being multi-international medallist Katarina Johnson-Thompson, the current holder of the long jump crown and the world indoor pentathlon champion.

With a place at a home championships in Glasgow up for grabs, the likes of Andrew Butchart, Eilidh Doyle, Eilish McColgan, Chris O’Hare and Lynsey Sharp will, like Muir, have an added incentive at the event which acts as the trials for the European Indoor Championships.

Tom Bosworth, the multi-national race walk record-holder who has lowered British marks at the championships in recent years, is another who will be looking for a strong performance in Birmingham.