No slowing down for Stef Reid after “crazy” year 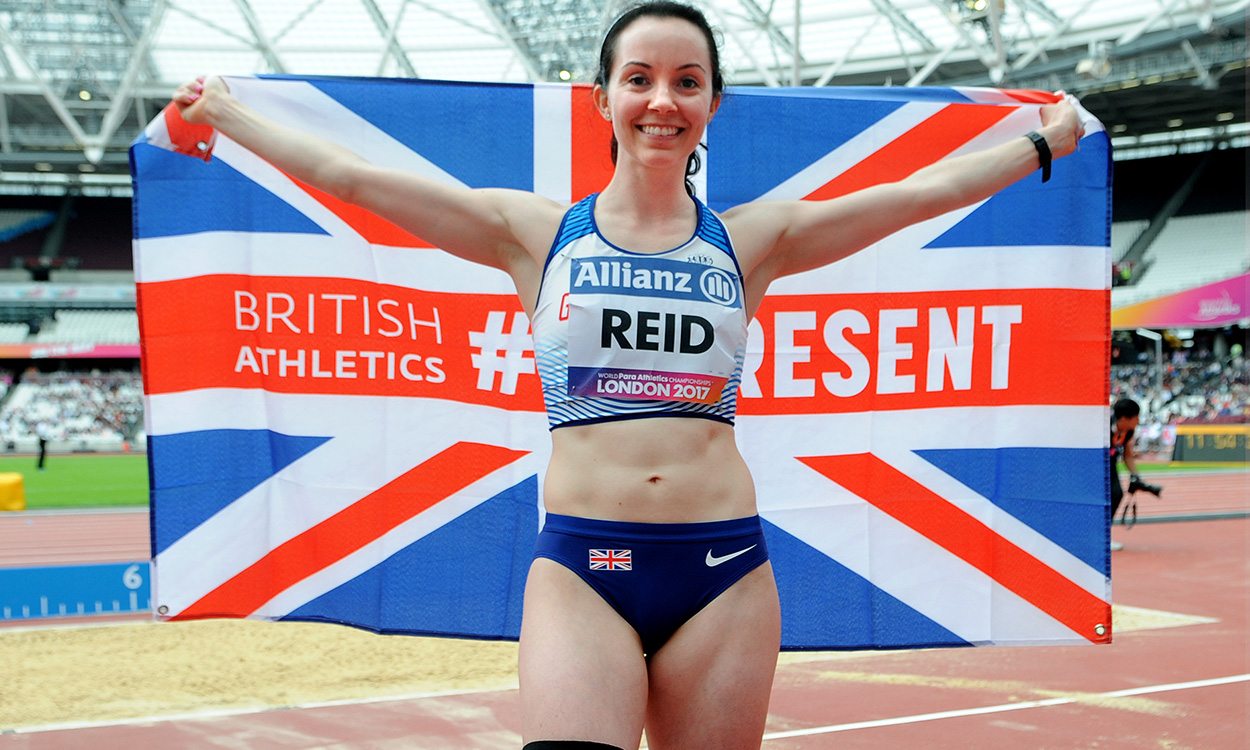 Stef Reid might describe 2017 as having been a “crazy” year, but she doesn’t intend to slow down in 2018. In fact, the world long jump champion is hoping to speed things up.

From making her acting debut through to being an athlete, an organising committee board member and a broadcaster at the World Para Athletics Championships in London – and then being made an MBE, Reid’s accomplishments last year were multifarious. This year she intends to mix things up even more, with getting faster among her aims.

One of the events at which she hopes to demonstrate her increased speed is the Müller Indoor Grand Prix Glasgow on February 25. 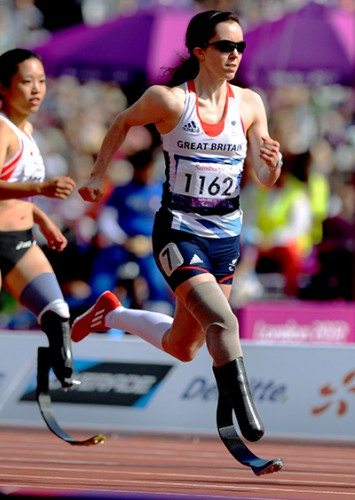 “I knew that I wanted to take on a different challenge this year and so I am still going to long jump – it’s my favourite event, I love it – but I’m going to run the 60m in Glasgow and I’d like to do some more 200m events outdoors this year,” says the Aston Moore-coached athlete.

“It’s really fun to mix training up and just keep things a bit different. I like learning new things, I need some more speed on the runway anyway, so my coach and I just thought ‘let’s give it a try’.”

While Reid has already achieved success in the 200m, having claimed medals in the half-lap event at the Beijing 2008 Paralympics and the 2011 world championships, the single-leg amputee athlete has less 60m experience.

She hopes to test herself in a couple of smaller meetings in Loughborough before lining up at Glasgow’s Emirates Arena next month.

“A lot of it comes down to the fact that I want to improve in my long jump, so where am I going to get those improvements from? From more speed. This does fit really well into our long-term goals for the summer,” explains the 33-year-old.

“It is going to be a challenge. I think I do have really good top-end speed but the difference on a long jump runway is that it doesn’t actually matter how long it takes you to get there! But in the 60m you’ve got to start well.

“I’ve also found it really foreign to be told when I have to go!” she laughs. “In the long jump you kinda get to go in your own time. I’m really impatient (in the sprints) – ‘I’m ready to go, why is it taking so long?!’ It’s a challenge but I wanted to do something new and I wanted to challenge myself so this seemed like a great fit.”

“A lot of it comes down to the fact that I want to improve in my long jump, so where am I going to get those improvements from? From more speed”

Another change for Reid in 2018 is set to be the classification she competes in. Last year World Para Athletics announced that a revision of its classification rules and regulations would be coming into force, including the introduction of a new T61-64 sport classes group.

The governing body explained how that new group will commonly feature ‘athletes who run or jump with prosthetic lower limbs’. The existing T42-44 classes – in which Reid had been competing as a T44 athlete – will now exclusively be for athletes with lower limb impairment who are able to run or jump using two anatomical limbs.

At the time of the changes being announced, two-time Paralympic and four-time world T42 200m champion Richard Whitehead described them as a “backward step”.

“Sport should be about challenging athletes to be the best athletically,” he added. “This will lead to smaller numbers in events.”

On what sort of impact the changes might have, Reid says: “I know for sure that I’m a T64, I don’t know if that means that I will no longer be competing against T44s. We might still compete in the same race as a combined class. Those details have yet to come out.

“I’m very much focused on where the thought processes come from, where the science is behind it”

“For the moment, I’m very much focused on where the thought processes come from, where the science is behind it. I don’t think it has been communicated particularly well but I do think there can be some positives that come from it.

“From my perspective as an athlete, I think one of the frustrations is that we just really, really want that consistency and we want to know what is happening year to year,” she adds.

“For example, the Tokyo 2020 programme was published last year but now suddenly the classification has changed, so there is a thought in the back of my mind, ‘what if next year they publish a new one and my event isn’t there any more? I’ve just spent three years training for that’.

“So that gives me some anxiety from a personal perspective as an athlete. But obviously the job of an organisation like the IPC and World Para Athletics is that they need to ensure the future of the sport as a whole and this is an evolving sport.

“I think the problem is that everybody is focusing on this aspect of ‘fair’ and I think we just need to, at some point, acknowledge classification is always going to be a balance between what is fair and what is practical. The only completely fair race – ‘fair’ at the bare bones definition you’re going to have – is basically if I’m racing a clone of myself. That’s fair, but that’s also not realistic.

“We are always going to be in a situation where we are going to have to balance what is fair and what is practical. I think everybody is really focused on this idea of fairness, but I think we need to really understand, ‘what do we mean by fair?’”