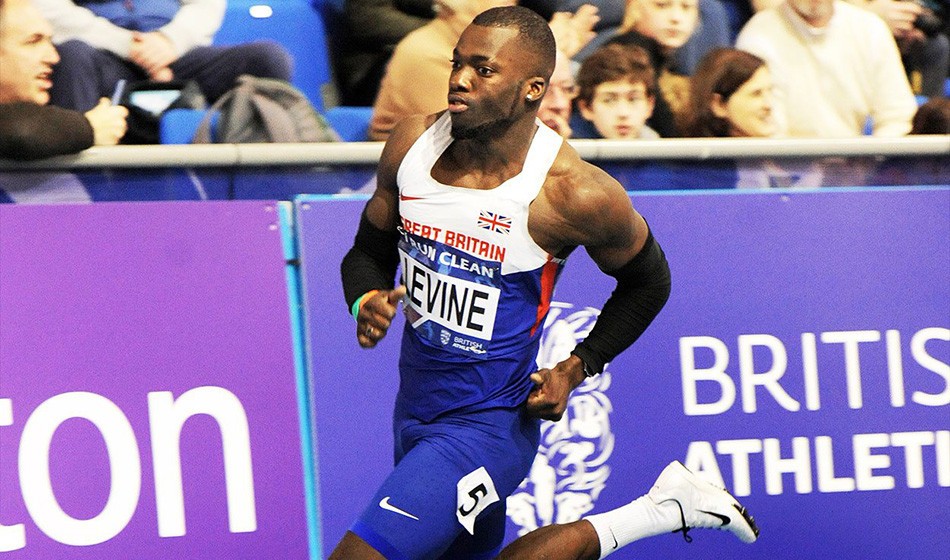 British sprinter Nigel Levine has been suspended from all sport for a period of four years following an anti-doping rule violation (ADRV), UK Anti-Doping has announced.

The 2014 European 4x400m champion and three-time world indoor relay medallist tested positive for the presence of the prohibited substance clenbuterol, an anabolic agent, following an out-of-competition test on November 24, 2017.

According to UK Anti-Doping’s issued decision document, Levine has suggested that the presence of clenbuterol in his sample was “due to his use of supplements that must have been contaminated with clenbuterol”.

The 29-year-old has not competed since September 2016, after being involved in a serious motorbike crash while on a warm weather training camp in Tenerife in January 2017.

“The ADRV committed by Mr Levine concerned a non-specified substance, and so the applicable period of ineligibility is four years, unless Mr Levine can establish, on the balance of probability, that the commission of the ADRV was not intentional,” reads the UK Anti-Doping decision document in part.

“Save in exceptional cases, such a finding will only be made by a tribunal if the athlete can prove the source of their ingestion of the prohibited substance to the required standard.

“Mr Levine also maintains that his behaviour at the time of sample collection supports his position that he did not ingest clenbuterol intentionally. Mr Levine was not part of a registered testing pool at the time that he provided a sample. He states that he could have decided not to open the door to testers but chose to co-operate, as he believed that he had nothing to hide (on the basis that he had not knowingly ingested any prohibited substances). In UKAD’s view, this is not enough to demonstrate a lack of intention on Mr Levine’s part.

“Mr Levine accepts that he is not able to demonstrate that he did not commit the ADRV intentionally, as defined in the IAAF ADR, and that as such the period of ineligibility to be applied is four (4) years.”

UKAD chief executive Nicole Sapstead said: “All athletes must adhere to the principle of strict liability, and are solely responsible for any substances found in their system.

“Mr Levine is an elite athlete, who has competed at the Olympic Games, European and World Championships, and has received significant anti-doping education throughout his career.

“It is up to role models such as Mr Levine to uphold the highest standards  when it comes to anti-doping, ensuring they check all supplements thoroughly and are 100 per cent certain they know that what they are consuming is not prohibited.”

The period of Levine’s ineligibility began on the date of his provisional suspension – December 13, 2017 – and will end at midnight on December 12, 2021.

The full UK Anti-Doping decision document can be found here.