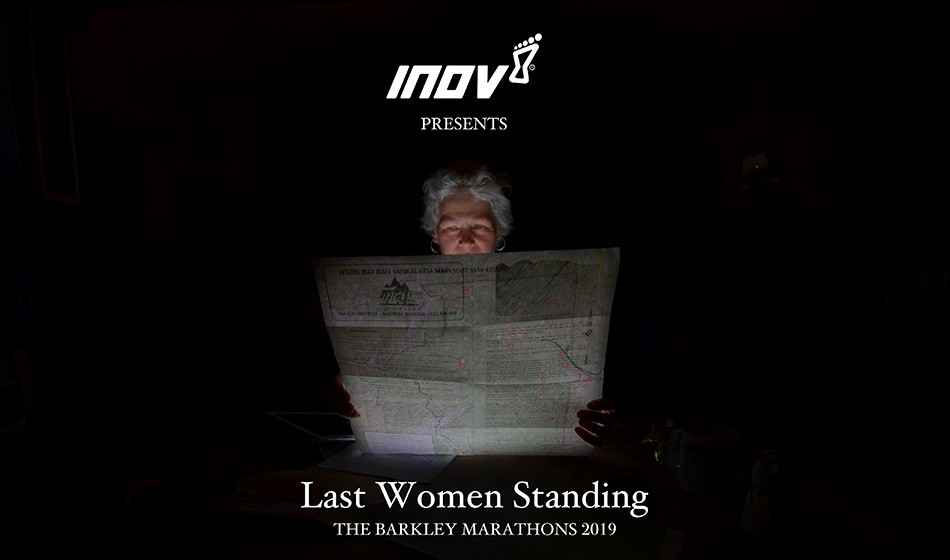 The Barkley Marathons is among the world’s toughest ultra-distance races. Only 15 runners have completed the full 100-plus miles since it was first staged in 1986. This year saw the UK’s Nicky Spinks attempt to become the first-ever female finisher.

Made famous by a 2014 Netflix documentary, the Barkley Marathons sees runners self-navigate their way around an unmarked course, tearing pages from hidden books as they go and returning them to enigmatic event organiser, Laz Lake.

A new film by inov-8 – Last Women Standing: The Barkley Marathons 2019 – follows Spinks as the 52-year-old ultra-running record-holder and breast cancer survivor tackles one of the world’s most notorious and secretive sporting events.

“The Barkleys is a relentless race of ups, downs and where the hells!” – Nicky Spinks

During the film, Spinks – who earlier this year became the first person to complete a 122-mile Double Paddy Buckley Round in the Welsh mountains – forms an allegiance with fellow female ultra-runner Stephanie Case, from Canada. Can the two women beat the Barkley Marathons?

» This post was updated on November 22 to include the full film, replacing the trailer