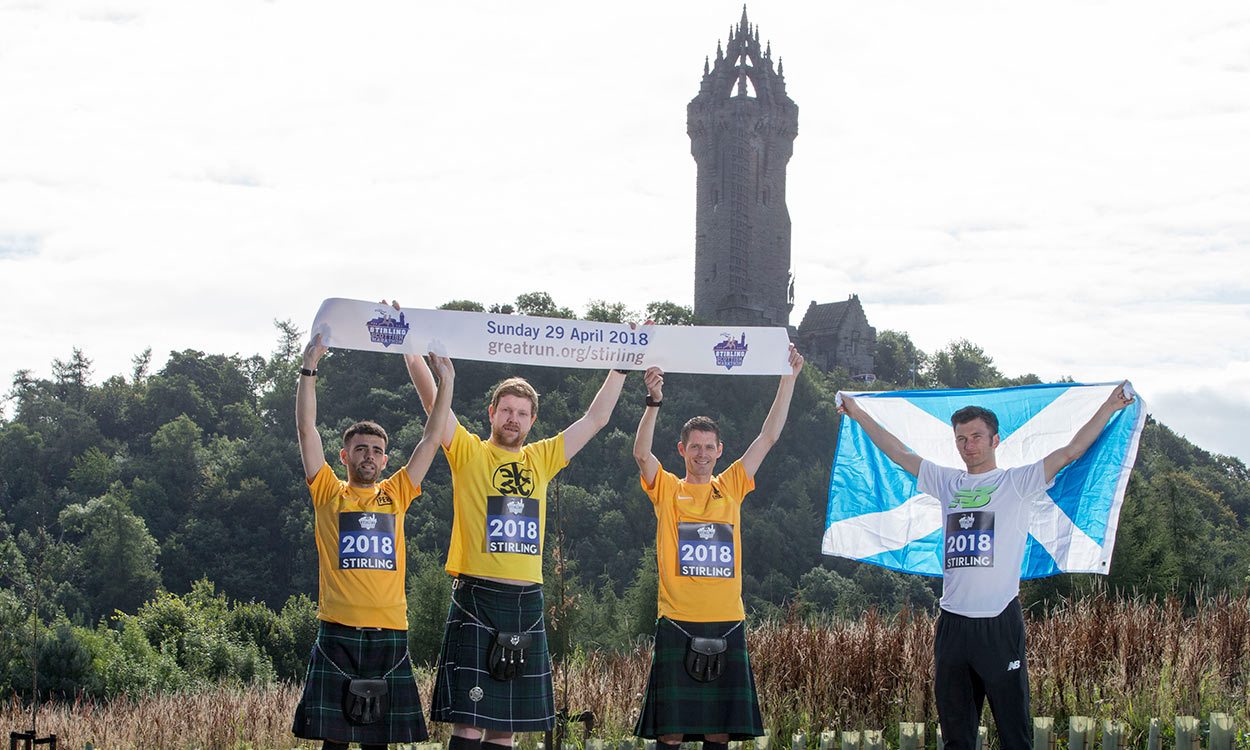 Next year’s event, on April 29, is to start and finish in the city centre

The Stirling Scottish Marathon will return to the heart of Scotland for 2018 – with a new course and a new date.

Stirling’s inaugural marathon reached capacity months before the event, with 6500 people signing up for the 26.2-mile run through the Stirlingshire countryside in May, and organisers The Great Run Company have announced that the event will return for 2018, taking place on Sunday, April 29.

Following constructive feedback from the runners, a new and improved course has been designed which will showcase the beautiful scenery and historic landmarks of central Scotland.

Starting and finishing in the city centre, runners will follow a route past Blair Drummond Safari Park and through Doune, Dunblane and Bridge of Allan where hundreds of spectators lined the route during May’s event.

Runners will then make their way back into Stirling city centre via the University of Stirling.

“Distance running is on the rise in Scotland and it is events like this that can only serve to improve the standard going forward,” said Hawkins, who competed in the 2016 Rio Olympics marathon.

Stirling Council leader, Councillor Scott Farmer, said: “Stirling Council is delighted to once again host the Stirling Marathon in 2018 after the fantastic success of this year’s inaugural event.

“The marathon proved to be hugely successful, helping to attract a large number of visitors to the region and promoting Stirling to an international audience.

“It was wonderful to see the way that local communities embraced the event, with crowds lining the course to support the runners. The route is truly stunning, taking in rural villages, the iconic Wallace Monument and Stirling Castle, providing a fantastic experience for runners of all abilities.

“We are well on course to achieve the ambition for the Stirling Scottish Marathon to become the leading marathon in Scotland by 2019 and look forward to the continued support of local communities in achieving this.”

Great Run Company chief executive Paul Foster said: “We were delighted with the response to the first-ever Stirling Scottish Marathon and we are excited to return to the heart of Scotland next year, with an improved course.

“This event managed to capture the imagination of the running community in Scotland and we’re looking forward to next year’s marathon.”

The first 500 entries to the Stirling Scottish Marathon will pay a special early bird price. To sign up visit greatrun.org/stirling