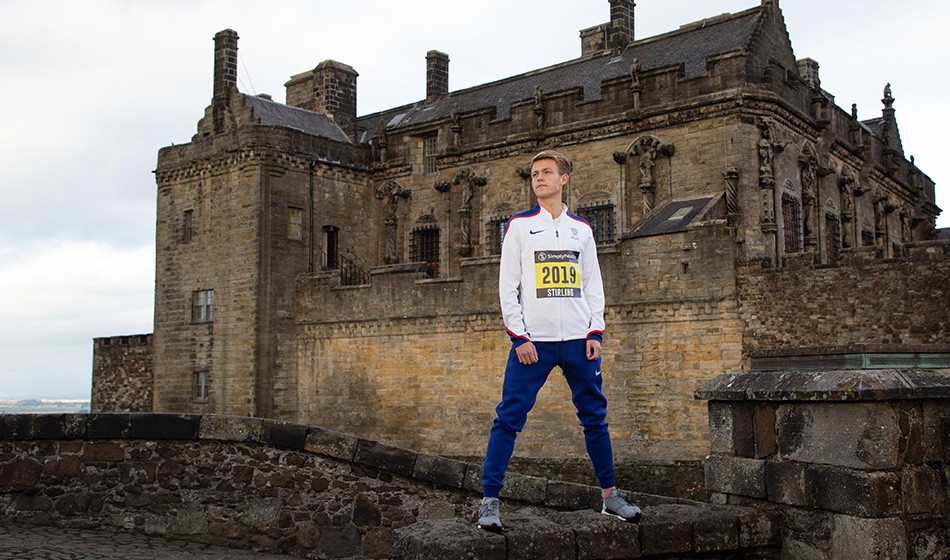 Runners in the Simplyhealth Great Stirling Castle Run will take on a challenging course through historic Stirling on paths, roads and trails, starting and finishing in Kings Park which will be home to the event village for the day of action.

The scenic course will cover King’s Knot, the Beheading Stone, Castle Cannons, famous wood carvings as part of Stirling’s heritage trail and Stirling Castle, including a section on Gowan Hill, before crossing the finish line in Kings Park.

Waves will set off throughout the day with a choice between morning and afternoon slots available to runners while the Simplyhealth Great Stirling XCountry will take place, with thousands of spectators expected to take up vantage points around the course.

As for the international XCountry – the event will follow a similar format to previous years, when the meeting was staged in Edinburgh’s Holyrood Park, with the new location providing a fresh backdrop for the live, televised event on the mud and hills around Kings Park, as international and domestic athletes battle it out for honours.

First staged in the North East of England in 1988, before moving to Scotland in 2004, the event has a rich history of elite competition and has seen athletes such as Eliud Kipchoge, Kenenisa Bekele, Paula Radcliffe, Liz McColgan and Haile Gebrselassie compete.

In recent years the crowds have been treated to performances from Sir Mo Farah as well as Scottish athletes Laura Muir and Callum Hawkins, with the inter-district races also giving the stars of the future the opportunity to rub shoulders with some of the world’s top athletes.

The new event is the latest to be announced for Stirling which will again host the Simplyhealth Great Stirling Run marathon and half-marathon events on April 28 and further develops the partnerships between organisers Great Run, EventScotland, part of VisitScotland’s Events Directorate, Sport Scotland, Scottish Athletics and Stirling Council.

Scottish athlete Luke Traynor (pictured, top) has competed over the cross country in its previous location in Edinburgh and is delighted the event has been kept in Scotland for 2019.

The 25-year-old, whose third place finish in the Bank of Scotland Great Scottish Run earned him the Scottish half-marathon crown a fortnight ago, said: “I’m looking forward to seeing the Great Stirling XCountry as it moves to a new location.

“This event has been a major part of the recent success from Scottish distance runners and I’m pleased that it has been kept in Scotland rather than moving anywhere else.

“I’m sure the people of Stirling and further afield will turn out in large numbers to cheer on the athletes and maybe take part in their own challenge with the new trail run taking place at the same time.”

“As we have already learned with the development of the marathon and half-marathon as part of the Simplyhealth Great Stirling Run over the last two years, Stirling is a city that embraces sport and activity, and I’m sure this event will prove to be just as popular with runners.

“Having the event take place at the same time as the Simplyhealth Great Stirling XCountry will make it a real festival of sport on the day.

“The Simplyhealth Great Stirling XCountry is a world-class prestigious event with a rich history and a bright future – and we are looking forward to seeing everyone on January 12.”