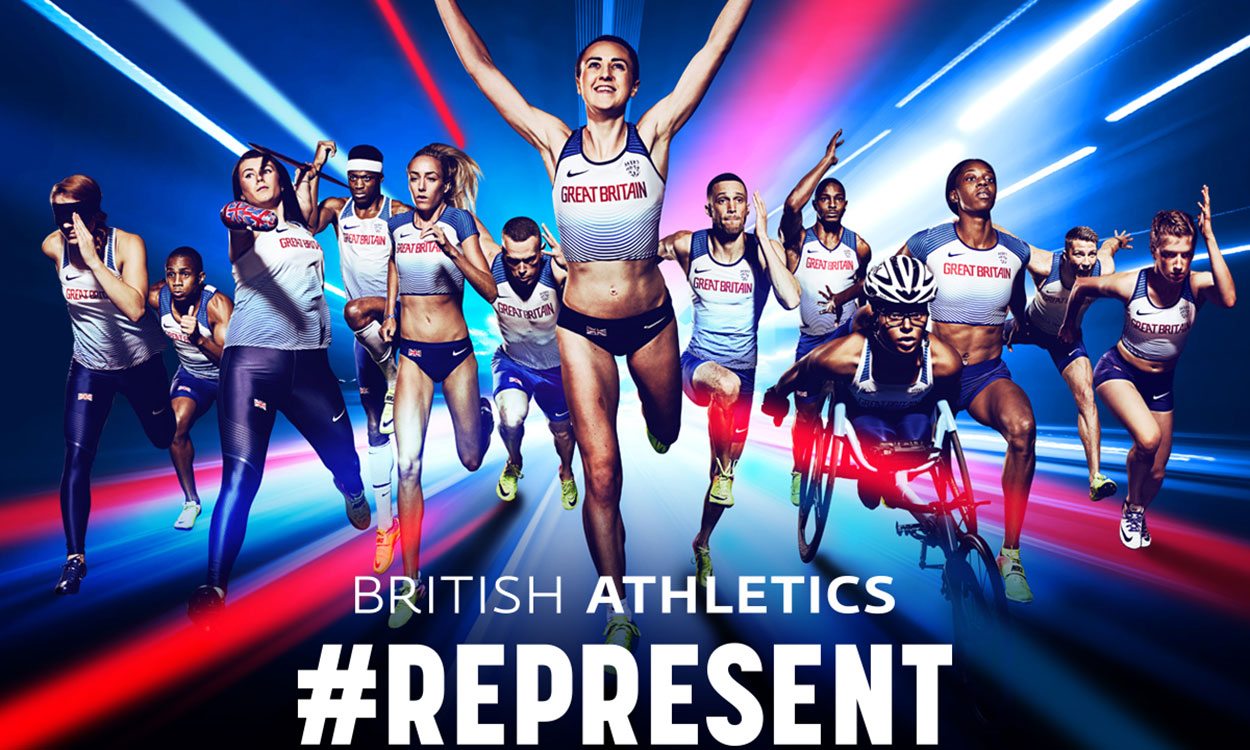 The new Great Britain kit for the “Summer of World Athletics” has been unveiled by British Athletics.

To be worn for the first time by athletes competing at the World Para Athletics Championships and IAAF World Championships in July and August respectively, the new Nike Vapor kits “are designed to enhance overall human potential for speed and at the same time address the specificities of each athlete and event”.

The vests and t-shirts feature the words ‘Great Britain’ in red writing and are mostly white with blue design on the body and shoulders.

The British Athletics logo also appears on the tops, while the blue shorts and leggings feature the British flag.

Nike said: “The kit’s adaptability is also visible in its construction. 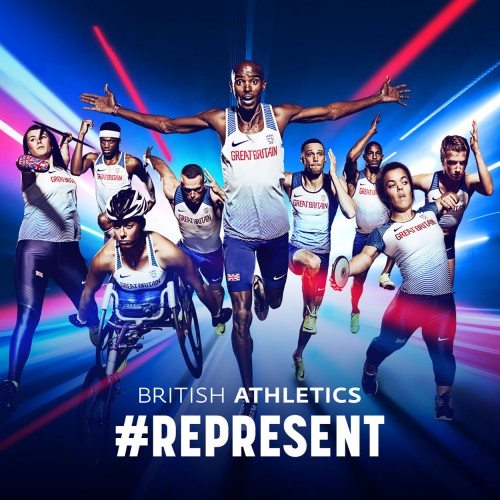 The release of the new kit came on the same day that British Athletics launched its new digitally-led campaign – #REPRESENT.

#REPRESENT will be the official hashtag of the British Athletics team as athletes embark on the next Olympic and Paralympic cycle leading through to Tokyo 2020.

Five-time world and four-time Olympic gold medallist Mo Farah was among the athletes to feature on the imagery to promote the campaign. He said: “Brits are the best sports fans in the world! You guys are so important for bringing success and having that home crowd cheering me on made all the difference back in London 2012.

“Now I want every fan in the stadium this summer to be as loud as possible to cheer us to victory. The louder you shout, the louder you cheer, the faster we go! It’s going to be an amazing summer of athletics and I can’t wait to put on a show back at my favourite stadium.”

Multiple Paralympic and world medallist Kare Adenegan is hoping to compete at the World Para Athletics Championships and she commented: “I think the #REPRESENT campaign is a great idea – so many of the British athletes talk about how they were galvanised by the support of the British public at London 2012, and I’m sure with the aid of the campaign that this will continue to be the case for the years to come.”

Chief Executive of UK Athletics, Niels de Vos, said: “In addition to the #REPRESENT campaign, the new British Athletics team kit also brings a great deal of excitement for both athletes and fans, particularly with three huge global events in the World Para Athletics Championships, the IAAF World Championships London 2017 and the 2018 IAAF World Indoor Championships on the horizon.”