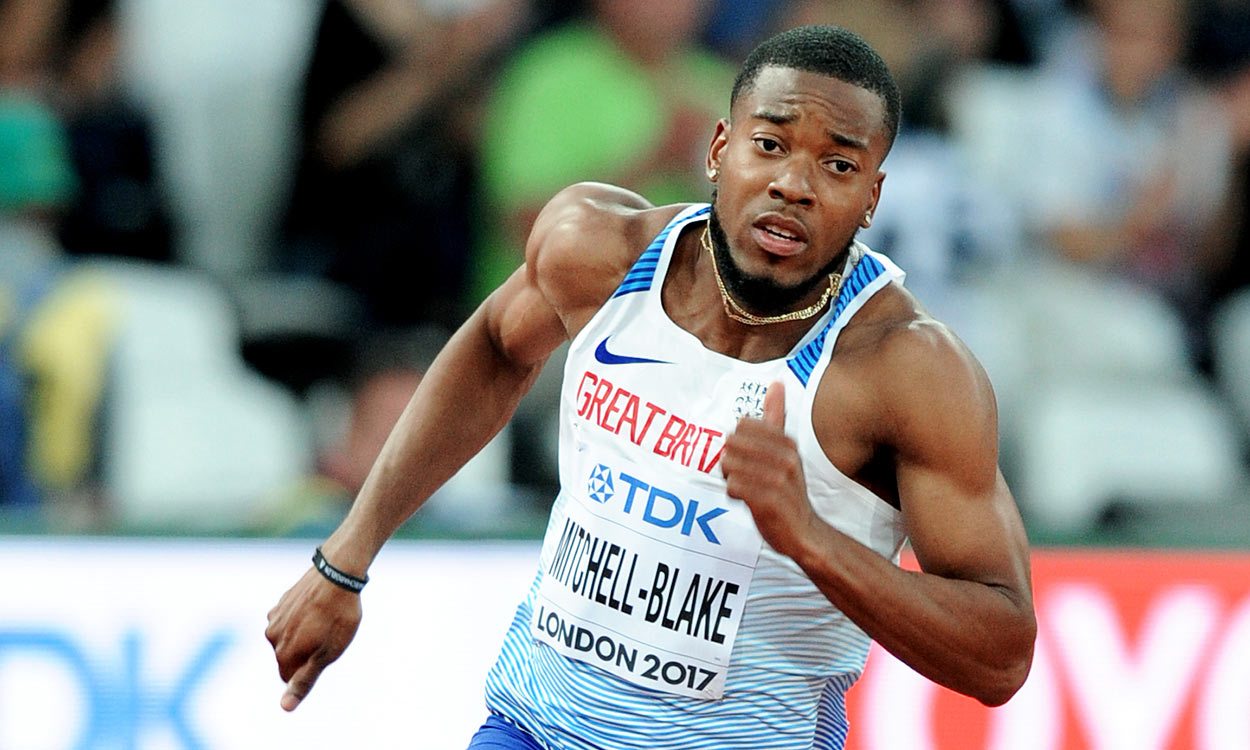 For Nethaneel Mitchell-Blake, any world gold medal-winning celebrations will have to wait a few more weeks as he looks to push on from forming part of GB’s victorious 4x100m relay team and achieve further individual success this summer.

The 23-year-old anchored the quartet – also including CJ Ujah, Adam Gemili and Danny Talbot – to European record-breaking success in London and now, a week later, they are all preparing to get back on the track at the Müller Grand Prix Birmingham.

Mitchell-Blake will contest the 200m – the event in which he also secured a fourth-place finish at the IAAF World Championships in London – along with Talbot, while Ujah and Gemili will line up in the all-Brit non-Diamond League 100m at Birmingham’s Alexander Stadium on Sunday.

Given that they are now world champions, will their rivals – including Turkey’s world champion Ramil Guliyev and Botswana’s Isaac Makwala in the 200m – be considering them as ones to watch?

“I don’t believe there’s a target on us,” Mitchell-Blake says. “It’s a new race, a new atmosphere. It’s a week later, a lot can happen.

“We’re world champions, but that’s in the relay,” he adds. “Now it’s our time to perform as individuals.”

That mentality applies when it comes to future major championships, too.

“None of us are here just to make the championships or to get knocked out in the heats,” says the US-based sprinter, who was born in Newham and raised in Jamaica. “All of us have big ambitions.

“Track and field is a very competitive sport but we definitely expect ourselves not just to make semi-finals but to make finals and then push on for medals.

“We’ve always had the aspiration of getting medals, it’s not just now,” he adds. “I feel it’s only a matter of time, sooner rather than later, that you’ll see us reaping the rewards.”

Among those in London to witness GB’s golden relay success was the nation’s 2004 Olympic 4x100m title-winning quartet of Jason Gardener, Darren Campbell, Marlon Devonish and Mark Lewis-Francis. Four days later, the Athens champions were back in action themselves, running as part of a golden relay event at the Manchester International.

Having the 2004 quartet in the London Stadium watching them was “pretty cool”, Mitchell-Blake says, adding: “They paid their respects to us. It was a pretty special moment to know that the guys that we look up to are now saluting us. It was like coming full circle.”

» The Müller Grand Prix Birmingham takes place on Sunday August 20 at the Alexander Stadium. Tickets will be available at the venue. For more information go to www.britishathletics.org.uk