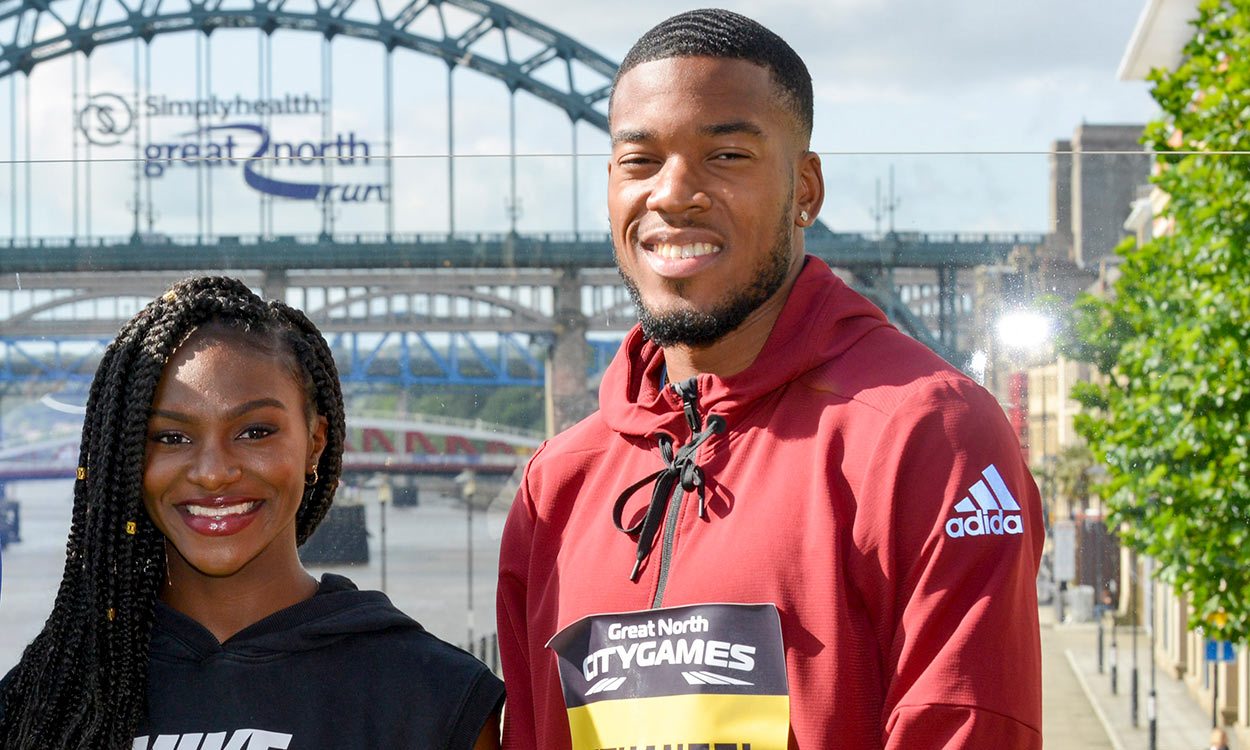 Nethaneel Mitchell-Blake and Dina Asher-Smith have both impressed over 100m and 200m this summer and now the world relay medallists are looking forward to finding out what they might be capable of over the distance in between.

Saturday’s Great North CityGames offers the stage for the pair to end their seasons with a strong street sprint, as they both contest 150m races on the Gateshead Quayside.

Mitchell-Blake became just the second British athlete to achieve both sub-10 second 100m and sub-20 second 200m PBs at the start of the season, before going on to form part of GB’s world gold medal-winning 4x100m team in London and finish fourth in the 200m final.

British 100m and 200m record-holder Asher-Smith also placed fourth in the world 200m final and secured world silver alongside her 4x100m team-mates in the UK capital, despite breaking her foot in February.

Mitchell-Blake has never run 150m competitively, nor raced in a street athletics event, while Asher-Smith is seeking an improvement of her 16.82 PB clocked at the Great CityGames Manchester in 2015. Her relay team-mate Desiree Henry ran a European best for the straight-run distance of 16.57 at last year’s Great North CityGames, while USA’s world 100m champion Tori Bowie ran the world best of 16.30 in Boston earlier this year.

“It’s kinda like the perfect distance!” said 9.99 100m and 19.95 200m man Mitchell-Blake, who goes up against Ameer Webb, Kim Collins and Harry Aikines-Aryeetey this weekend.

“In training I love running 150m, I feel like it’s the distance where I can actually fire it, all guns blazing. But that’s with a curve, I’ve never ran it in a straight. I’m going out to execute and hopefully it can be a fast time.”

On her own 150m challenge, Asher-Smith – who lines up alongside Bianca Williams, Naomi Sedney and Estela Garcia – said: “It’s going to be really interesting. I know I can do a decent 150m, but often in training you run it with a bend. I’m hoping to run faster than my PB and pace it well.”

Check out the videos below for more from pre-race interviews with Mitchell-Blake and Asher-Smith, where they reflect on their seasons and look ahead to the Great North CityGames.

"This season has been for the spectators and to end it in the same way is going to be brilliant." @dinaashersmith ready to race at #GNCG2017 pic.twitter.com/NswI5qjEGP

Check out some Great North CityGames ones to watch here and see the September 7 edition of AW magazine for a full preview.