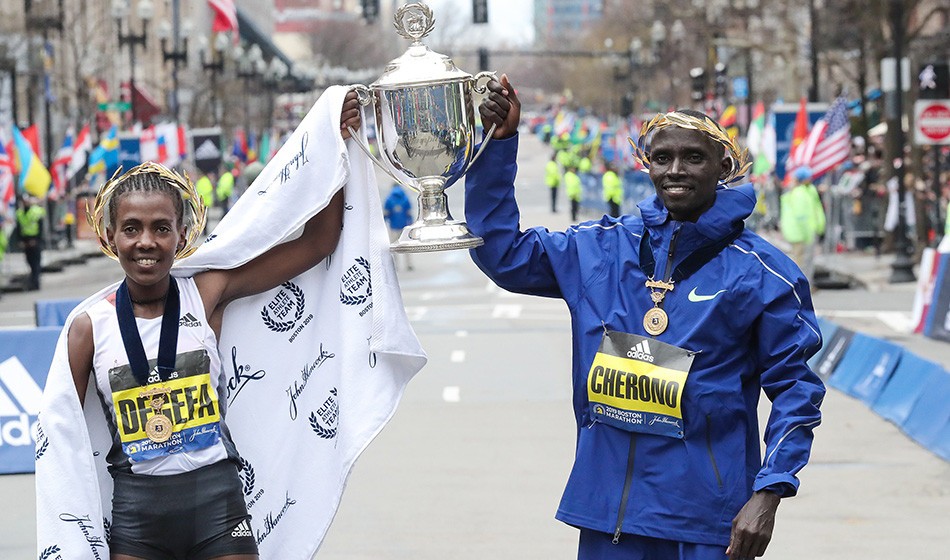 A number of former winners have been announced for the 124th Boston Marathon on April 20, including defending champions Worknesh Degefa, Lawrence Cherono, Manuela Schär and Daniel Romanchuk.

Two-time winner Lelisa Desisa returns, while 2018 champion Yuki Kawauchi is entered along with Jemal Yimer, the Ethiopian half-marathon record-holder who won the recent Houston Half Marathon, as he makes his marathon debut.

Another athlete to have secured success in Houston is Ireland’s Stephen Scullion, as he achieved an Olympic qualifier with a fifth-place finish in a PB of 2:11:52, and he also lines up in the Boston field, as does 2012 Olympic champion Stephen Kiprotich.

Cherono and Desisa are among six sub-2:06 men entered as they are joined by Philemon Rono, Benson Kipruto, Kenneth Kipkemoi and Dejene Debela.

Four-time New York City and London marathon winner Mary Keitany had accepted an invitation to run in Boston, but organisers say she is currently sidelined with a back injury.

“The Boston Marathon is proud to welcome the world’s best athletes each April, and this year’s race is no exception,” said Tom Grilk, CEO of the B.A.A.

“With Olympic and Paralympic medalists, national record holders, and rising stars, the race toward the finish line will be both fierce and exciting. We look forward to crowning our 2020 champions on what will be another memorable Patriots’ Day.”