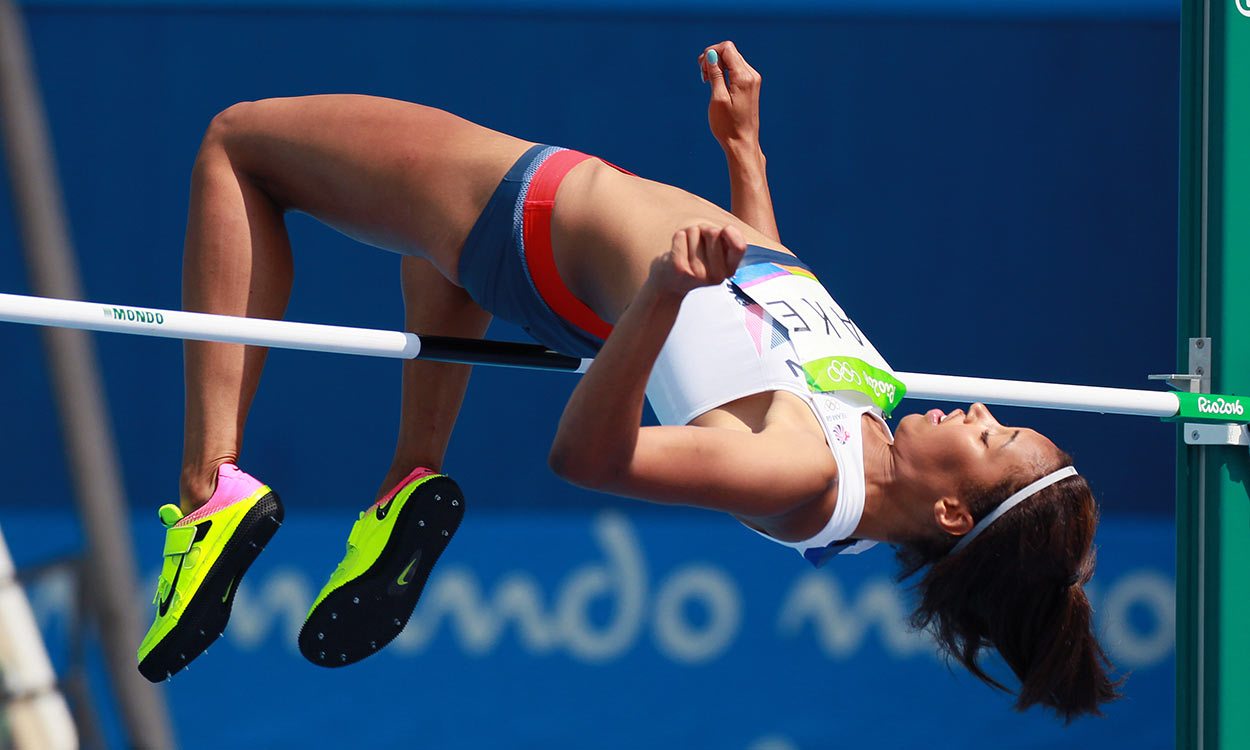 There’s an elephant in Morgan Lake’s room. In fact there’s lots of them. They are everywhere. She’s probably got more elephants than she has medals. She collects both avidly and the souvenirs are a lot easier to come by.

But there’s a plan to change that.

The Rio Olympics were bitter sweet, she said, after finishing 10th in the high jump. The bigger objective, to make her mark as a senior heptathlete in Rio, was scuppered by injury and the subsequent failure to get the qualifying standard.

As she looks at it now, Lake, still only 20 but with a big book full of experience to call on already, reassesses Rio as more sweet than bitter.

The elephant in the room is whether she is going to be good enough to follow Britain’s combined events royalty that dates back to Mary Peters in 1972 with her Olympic gold and has continued via Denise Lewis, Kelly Sotherton, Jessica Ennis-Hill and now on to two princesses that would be queen, Katarina Johnson-Thompson and Lake.

“I am obsessed with elephants,” Lake says. “It’s got worse. I went to Thailand and I went there because I wanted to see the elephants. I don’t really know why I have this thing for elephants, but it has got to the point where everyone just buys me elephant gifts. They are so big and strong and they are just cute. We went to visit some when we were in Thailand. They have a very soft touch. We had a water fight as well.

“When I went to Thailand it was the first time I had been close to one. They lived up to expectation. I didn’t know the difference between the Asian ones and Africans. But I do now. They are wonderful things.”

Not to mention that in Rio she was the first British woman to reach the high jump final since Debbie Marti in 1992, when Lake wasn’t even born.

Lake is also ahead of her hero, Olympic champion and three-time world champion Carolina Kluft, at the same age stages.

“I do take something from that,” says Lake. “I grew up watching Kluft and she was my really big idol. From a young age she has always been my role model.

“I did a competition at her home track once and there were photos and posters of her all around there and I met her coach. But she wasn’t there so I’ve never met her.

“I grew up watching Kluft and she was my really big idol. From a young age she has always been my role model”

“Seeing what Kluft did, and Katarina Johnson-Thompson when she was younger, coming through, it gives me an imaginary rivalry. I always have something to aim towards.

“It’s like someone’s done it before so try and better it or at least to do the same . It’s nice to see their progression from a junior to senior and hopefully I can follow that path.

“It’s like ‘It’s not impossible’. I’ve seen them do it at the same stage so I can as well. I can’t remember not doing lots of events. My first competition was when I was five years old, and from there I just kind of got into everything.

“I naturally progressed to all the events and I never had one that I really liked but I used to hate high jump. I only started to like it when I was about 15. I remember thinking that was definitely a path I wasn’t going to go down.

“Why did I hate it? I don’t know. It was kind of a bit of a mental block. I didn’t really get it. I didn’t understand how you could jump over the bar. Luckily it clicked one day.”

She adds: “It would be easier now to just do high jump, but I enjoy having so much to do. I think I’ve got much more to give in the heptathlon.”

Her father, Eldon, doesn’t coach her now. Lake has moved from home in Berkshire to Loughborough University and is doing a psychology degree. Given how much training the mind has to do with a successful athletics career it’s a good choice and she’s assembled a new strong coaching team around her.

Aston Moore is lead coach, Fuzz Ahmed looks after high jump and Sotherton gives first-hand input on the other events and what it takes to win an Olympic medal.

“I naturally progressed to all the events and I never had one that I really liked but I used to hate high jump. I only started to like it when I was about 15. I remember thinking that was definitely a path I wasn’t going to go down”

Lake admits that her dad misses the involvement. His triple jump career was ended by injury at the age Lake is now. When his daughter showed an aptitude for athletics and needed help, he learned how to coach from scratch.

“Dad hadn’t been involved in athletics for a long time, he was in IT, but then when he went with me to our local club he said he fancied coming back and learned how to be a coach.

“He’ll ask me now what I’ve been doing, what the sessions were, all that. Yes, I think he does miss it. I can remember at one point he said I should call him ‘coach’.

Combined events came about naturally. Lake was up for having a go at all the different disciplines as a child so, when she discovered there was pentathlon, she asked dad if she do a competition. “He said if I could find one I could do it,” she recalls. “So I Googled and after about page 26 I found one and off we went.”

She continues: “The coaching I’m getting now is completely fresh, different ideas. Fuzz is the only one I’ve worked with before and that was only in Rio for the first time.

“It’s just different things, things that hadn’t been picked up before, so it’s nice just to have a fresh set of eyes on it.”

She admits that not doing heptathlon at Rio was a disappointment. But there is a seven-year plan drawn up by dad and now continued by Team Lake to get her to the Tokyo Olympics as a gold medal contender.