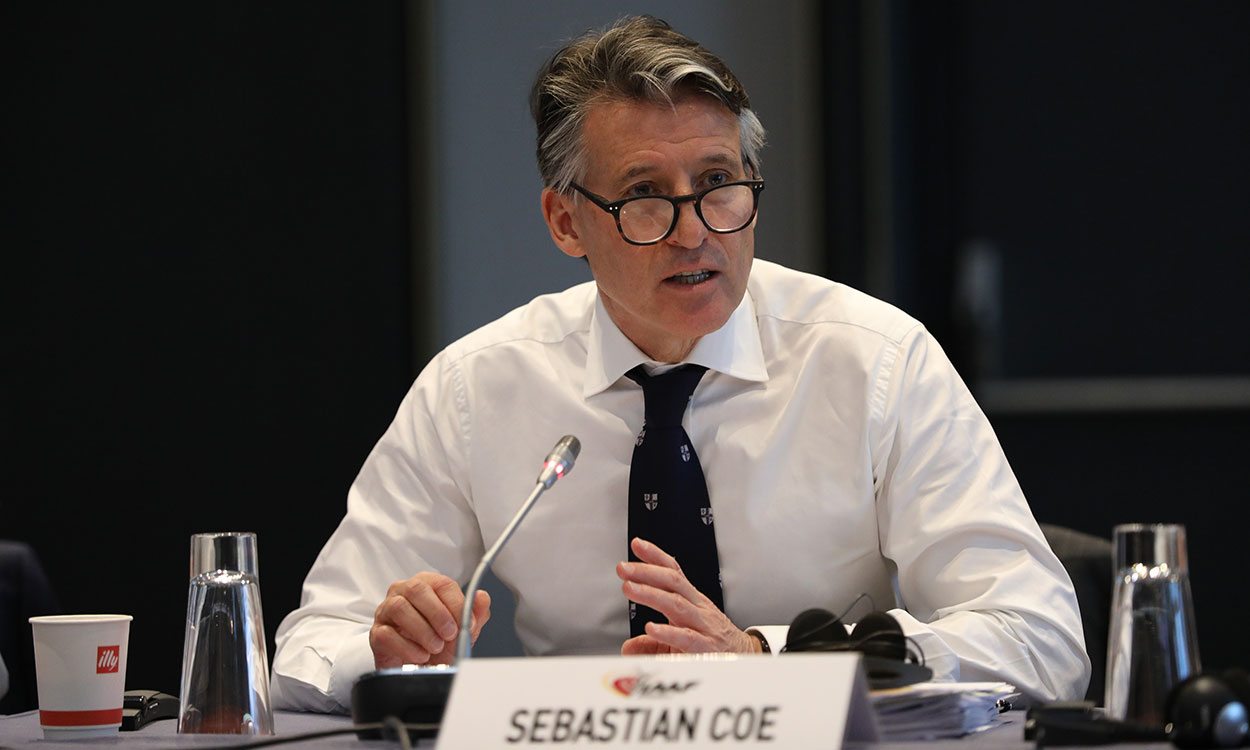 The global calendar, transfers of allegiance and revised hyperandrogenism regulations among topics discussed

“Never before in the history of our sport have we made so many monumental decisions on a single day,” said Coe.

“Many months of difficult work culminated in these two days.

“Now we can proceed with the equally difficult tasks of implementing those decisions as we continue to revolutionise our sport.”

The IAAF announced that, “following several months of extensive consultation with groups including athletes and fans” the Council had agreed to a calendar framework that “helps provide an understandable and set rhythm for our sport”.

At the Council meeting press briefing, Coe also announced that the current freeze on transfers of allegiance will remain in effect while new rules are drafted for approval at the July Council meeting in Buenos Aires.

Recommendations were made by the Transfer of Allegiance Working Group, with the Council agreeing to a set of principles which include a minimum three-year waiting period for athletes wanting to transfer from one country to another, evidence that countries are offering full citizenship and associated rights, the provision that an athlete can transfer only once in their career and that no transfers take place before the age of 20.

Meanwhile, new regulations are set to come into effect on November 1 following a discussion on hyperandrogenism. In July 2015 the Court of Arbitration for Sport asked the IAAF to provide further evidence as to the degree of performance advantage that hyperandrogenic female athletes have over athletes with normal testosterone levels.

The world governing body announced that, based on the evidence collected, the IAAF Council has approved a request to revise the competition regulations for track events with distances from 400m up to and including one mile.

“Following some further drafting the regulations will be communicated to CAS before being released,” said the IAAF.

Coe described it as “one of the toughest subjects my Council and I are discussing”.

“This is not about cheating,” he added. “No hyperandrogenic athlete has cheated. This is about our responsibility as a sport federation to ensure a level playing field. It is for us to decide the rules, to draw the lines for competition.

“We choose to have two classifications for our competition – men’s events and women’s events. This means we need to be clear about the competition criteria for these two categories. We have always believed that testosterone, either naturally produced or artificially inserted into the body, provides significant performance advantages.”

Delivering the latest report on the reinstatement of the Russian Athletics Federation (RusAF), Andersen announced that the taskforce’s recommendation, unanimously approved by the Council, was that RusAF was not ready for reinstatement.

“While some conditions have been met, the commission reported, several key areas have still not been satisfied by RusAF and RUSADA including providing a test distribution plan for 2018 that shows an adequate amount of testing and demonstrating that is has fixed legal issues making it unable to enforce provisional doping bans of athletics coaches. Additionally, RUSADA has still not yet been reinstated by WADA as a fully compliant independent body,” said the IAAF.

“Council has agreed that if progress is not made, further measures should be discussed at the July Council meeting as a means of prompting greater efforts in Russia, including withdrawing permission for Russian athletes to compete as neutrals athletes, and ultimately taking the steps necessary to recommend to Congress that RusAF be expelled from IAAF membership.”

The full report can be found here.

Following the first day of the Council meeting, it was announced that Canadian race walker Iñaki Gomez had been elected chair of the Athletes’ Commission, while New Zealand shot putter Valerie Adams was elected and confirmed deputy chair.

The Council also confirmed that Esther Fittko would assume the position of chair of the Women’s Committee through 2019 after Anne Phillips stepped down. Fittko was the candidate who received the next highest number of votes in the election in Beijing in 2015.