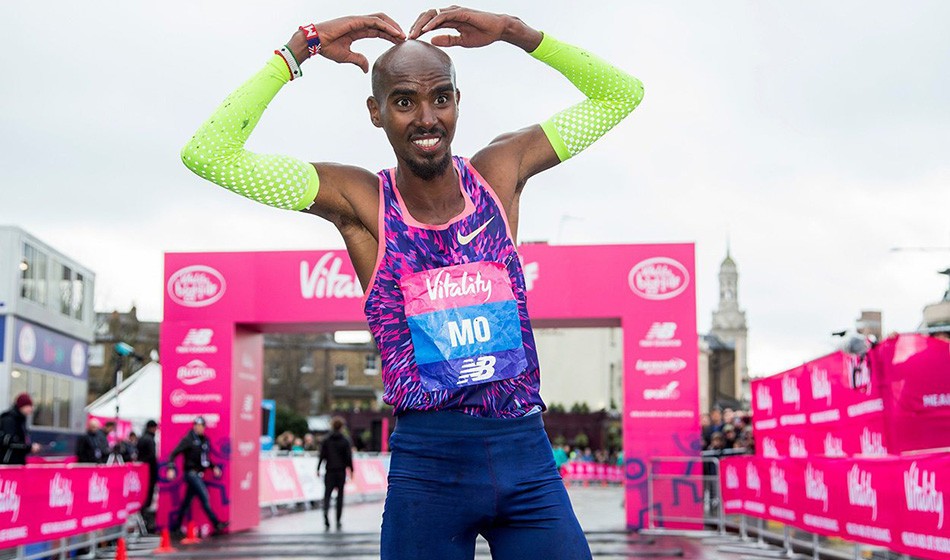 Ahead of Virgin Money London Marathon, Mo Farah will race over 13.1 miles on March 10 in the British capital

Mo Farah will prepare for the Virgin Money London Marathon in April by running the Vitality Big Half on March 10.

The 35-year-old Londoner won the first ever Vitality Big Half 12 months ago in 61:40 as he beat Kenya’s Daniel Wanjiru by three seconds in a field of 11,000.

The following month he broke the British marathon record in London followed by victory in October at the Bank of America Chicago Marathon in a European record of 2:05:11.

“The Vitality Big Half is a fantastic event and I’m really looking forward to returning this year,” said Farah. “The crowds were amazing last time. I’m feeling stronger than ever and this race is all part of my preparation for the big one in April.

“The Vitality Big Half is doing a great job of encouraging more people to get into running. This half marathon is unique in that Londoners from all communities and backgrounds come together to get involved,” added Farah, who features on the current cover of AW after topping UK 2018 road rankings for 10km, half-marathon and marathon.