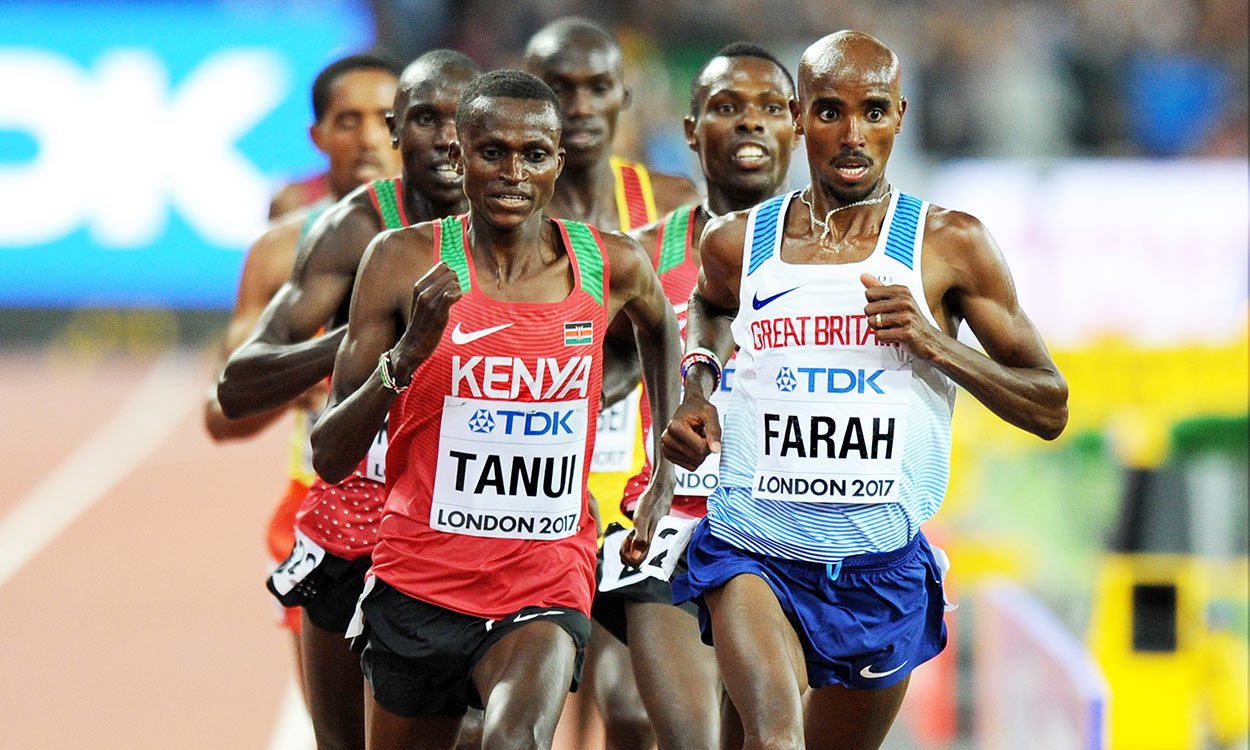 It was the morning after the night before and Mo Farah emerged from his remarkable IAAF World Championships 10,000m victory battered, bruised but insistent he will be fit to defend his 5000m title in the coming days.

The 34-year-old produced arguably the greatest performance of his career to secure his 10th consecutive global title in the face of some colossal opposition.

He was left with some souvenirs other than the latest addition to his trophy cabinet, meeting the press on Saturday morning directly after an appointment with the doctor following treatment for a bruised knee, not to mention the three stitches required for a cut sustained after he was spiked.

The aches and pains were somewhat offset, however, by the satisfaction of yet another job extremely well done and an apparent certainty that he’ll be ready to go for a fourth 5000m crown, with the heats taking place on Wednesday.

“It was quite a late one last night but I went through the whole system, doctors, scan and got a few stitches,” said Farah. “But it’s all good. It’s nothing that concerned me and I’ve got enough days to recover, rest up, to be ready.

“I got spiked somewhere in the race, it’s fine, it happens. But the knee was when I nearly tripped at the bell twice and I happened to catch my other knee. It’s like when you’re falling but catch it. It’s just a bruise and puffed up.

“Have I had a race that hard and that banged up? No. Last night was difficult, it was hard, the guys gave it to me – each one of them. It felt like me against the whole world – and it was – but at the same time they were working as a team.”

That ‘team’ ended up being led for much of the race by Ugandan Joshua Cheptegei, who finished with silver, while Kenyan Paul Tanui took bronze. Another Kenyan, Geoffrey Kamworor had insisted before the race that he could overcome Farah but the grin on the Briton’s face when that subject came up spoke volumes.

“The Ugandan guys were looking for the Kenyan guys, the Kenyan guys were looking for the Ugandan guys, a couple of Ethiopians. They worked that well, fair play to them,” said Farah. “For many years they’ve been saying how they’re going to beat me and even some of the papers, particularly Geoffrey Kamworor was like ‘it’s my turn, I’m going to beat him’. He didn’t even get a medal.

“I have every respect for my opponents, each one of them. No matter who they are – if they have finished first or last. The race is the race but sometimes before the race there’s that chat and I don’t understand it.

“People take my kindness for weakness. If I was weak do you think I would have won?”