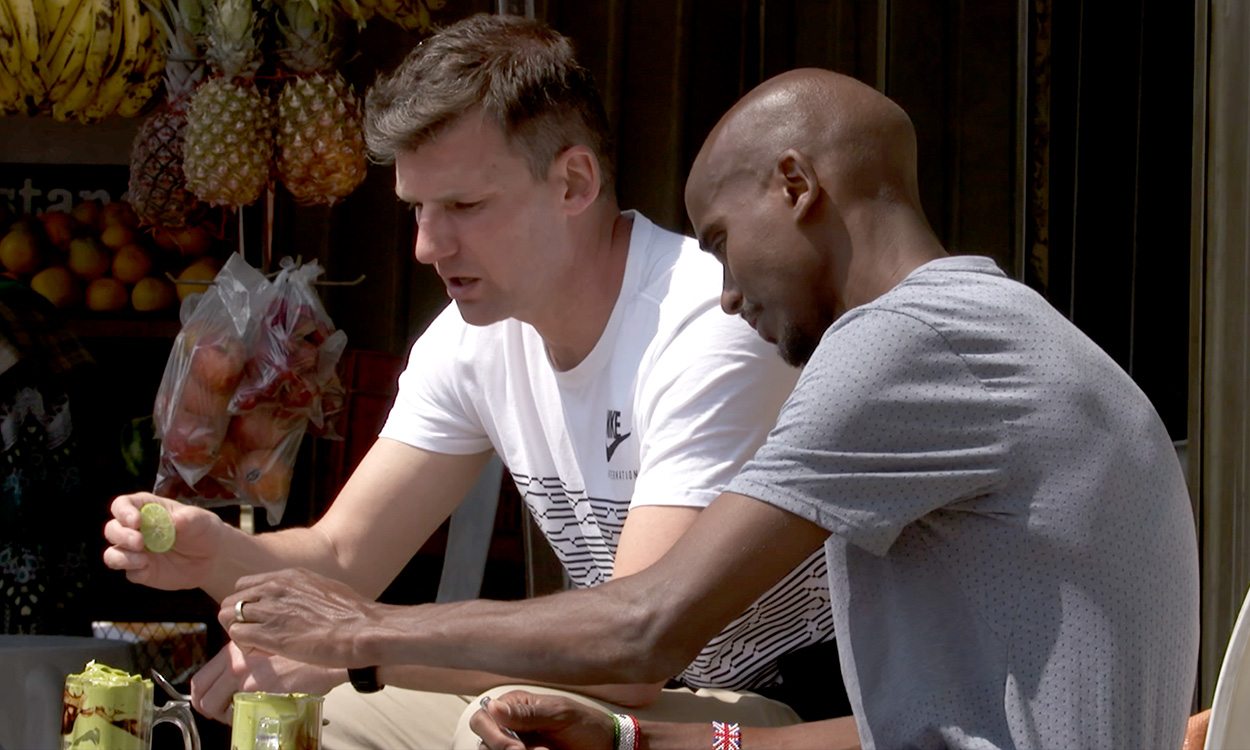 Mo Farah’s new coach, Gary Lough, plans to work on the world and Olympic champion’s weak areas while not neglecting his strong points in the run-up to the Virgin Money London Marathon in April.

Lough and Farah spoke to the organisers ahead of this weekend’s Vitality Big Half, where Farah tackles 13.1 miles, with Lough saying: “To be one of the best distance runners ever, there was obviously a lot of his programme that he was doing right. We’re looking at a new event but we’re also looking at someone who’s run 3:28 for 1500m, which is pretty unprecedented.”

Lough, who is married to world marathon record-holder Paula Radcliffe and who has run a 3:34 1500m himself, continued: “What I plan to do is incorporate little bits of all sorts of things to hopefully try and create the best overall package for Mo. Obviously work at the things he’s very good at but also work at the things he’s not very good at – and hopefully we can come out with the best result.”

Farah said: “He’s been an incredible coach (with Radcliffe), so if I was going to move to the marathon then why not Gary?”

“He’s a great coach, if you look at what he’s done it’s incredible!”

Sir @Mo_Farah talks about working with his new coach Gary Lough ahead of the 2018 Virgin Money #LondonMarathon pic.twitter.com/nAMCuQ5vUk

Farah continued: “Even though we’ve known each other for years we kind of lost touch a little bit. But nothing has really changed and we’ve started back again. Gary is very strong-minded and I like that.

Farah was previously coached by Alberto Salazar and made his marathon debut in London in 2014 when he ran 2:08:21.

On their decision to team up, Lough explained: “When we started talking, stuff felt very natural. We talked about his motivation, which was very important to me. I wasn’t really interested in getting involved in something where it was just ticking boxes. So it felt quite organic and as the conversations continued and as it got more down the line, then it felt good.

“I think we get on pretty well but at the end of the day we’re here to do a job. I’m not here to be his friend. I’m here to be his coach. So while we spend a lot of time together, we also do our own things so it feels very natural. It feels very workable.”