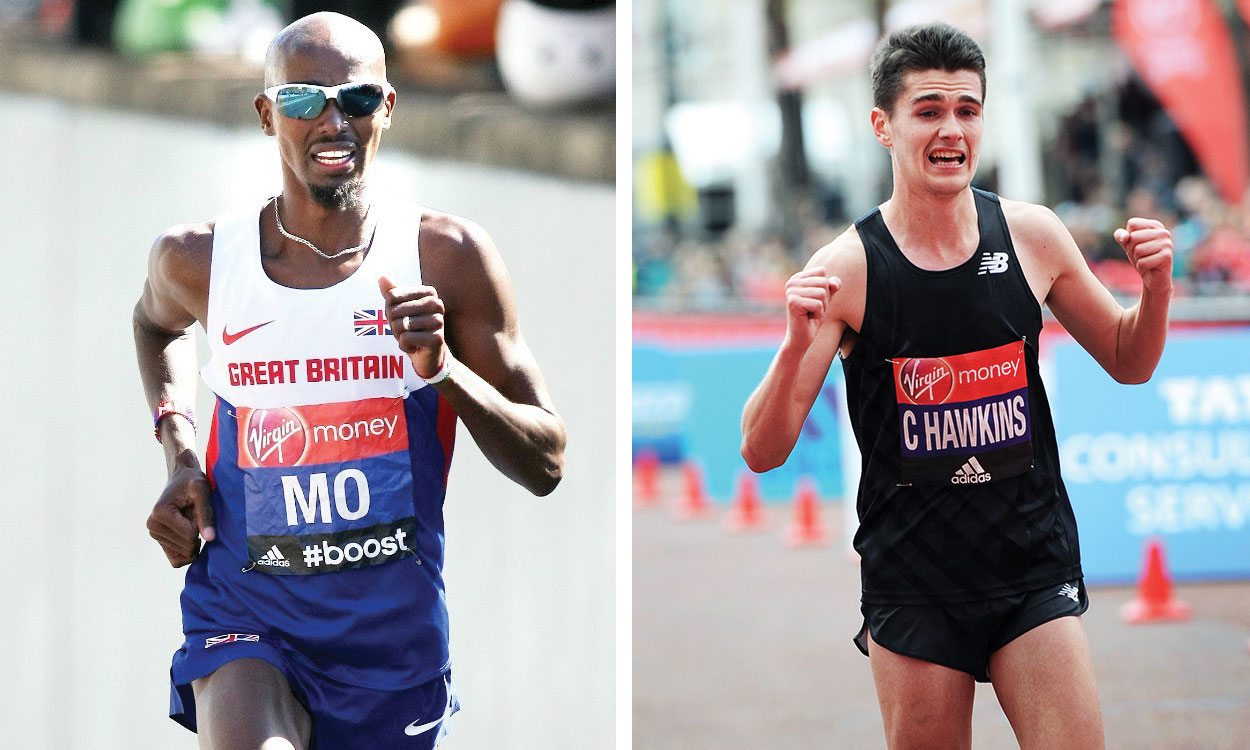 Britain’s two fastest ever half-marathon runners, Sir Mo Farah and Callum Hawkins, will face each other at The Big Half in London on Sunday March 4.

The 10-time global track gold medallist Farah will line up at the new half-marathon event as he prepares for the Virgin Money London Marathon in April, while Hawkins, who was fourth in this year’s World Championships marathon in London, will be looking for further success on the streets of the capital as he works towards the Gold Coast Commonwealth Games.

“I am thrilled to be part of The Big Half,” said Farah, who clocked 59:22 for the half-marathon at the 2015 Great North Run. “It will be an ideal preparation race for me for the London Marathon six weeks later. Everyone knows I love running on the streets of London and I look forward to this new event.

“It’s fantastic for British athletics that we now have a new generation of runners, like Callum, coming through who are able to compete at the top end of world-class races. I hope my achievements over the years has shown them what is possible.”

Hawkins, who ran 60:00 for 13.1 miles earlier this year, said: “I am really looking forward to The Big Half now I know I will get the chance to race Mo again. I’ve made no secret of the fact that I love testing myself against the very best athletes in the world and they don’t come any better than Mo.

“Racing in London is always so special. The crowds are amazing and it has brought the best out of me in the past. I qualified for the Rio Olympics at the 2016 Virgin Money London Marathon which was really my breakthrough race and then finished fourth in the marathon at the 2017 London World Championships. So I’m always confident when racing in the capital and I’m hoping I can enjoy more success in March.”

The Big Half, which has been created by London Marathon Events Ltd in partnership with Sported, is a one-day festival centred around the half-marathon distance which aims to be ‘truly global and uniquely local’.

The half-marathon event starts from Tower Bridge and finishes in front of the Cutty Sark in Greenwich, while other events on the day include The Little Half, which is a 2.4 mile event for participants of all ages and abilities, plus The Big Relay and The Big Festival.

Hugh Brasher, event director of The Big Half, said: “It is great for British distance running that we now have an athlete of the calibre of Callum Hawkins who can provide a very real domestic competition for Sir Mo. I can’t wait for the race on Sunday 4 March.”

The ‘uniquely local’ aspect reflects the event’s commitment to working with community groups from the four host boroughs of Lewisham, Southwark, Tower Hamlets and Greenwich and encouraging residents to take part in a mass-participation running event for the first time.

Hawkins spent some time in London training with a group of runners from the Lewisham & Greenwich NHS Trust, one the many community organisations taking part in The Big Half.

Hawkins said: “I’m really impressed by the overall concept of The Big Half. Running is probably the most accessible sport in the world and this is a fantastic way of encouraging more people from all backgrounds to give it a go. I love the idea of the elite field inspiring the communities we run through and the chance to give back some of the incredible inspiration we get from the crowds when we race.”