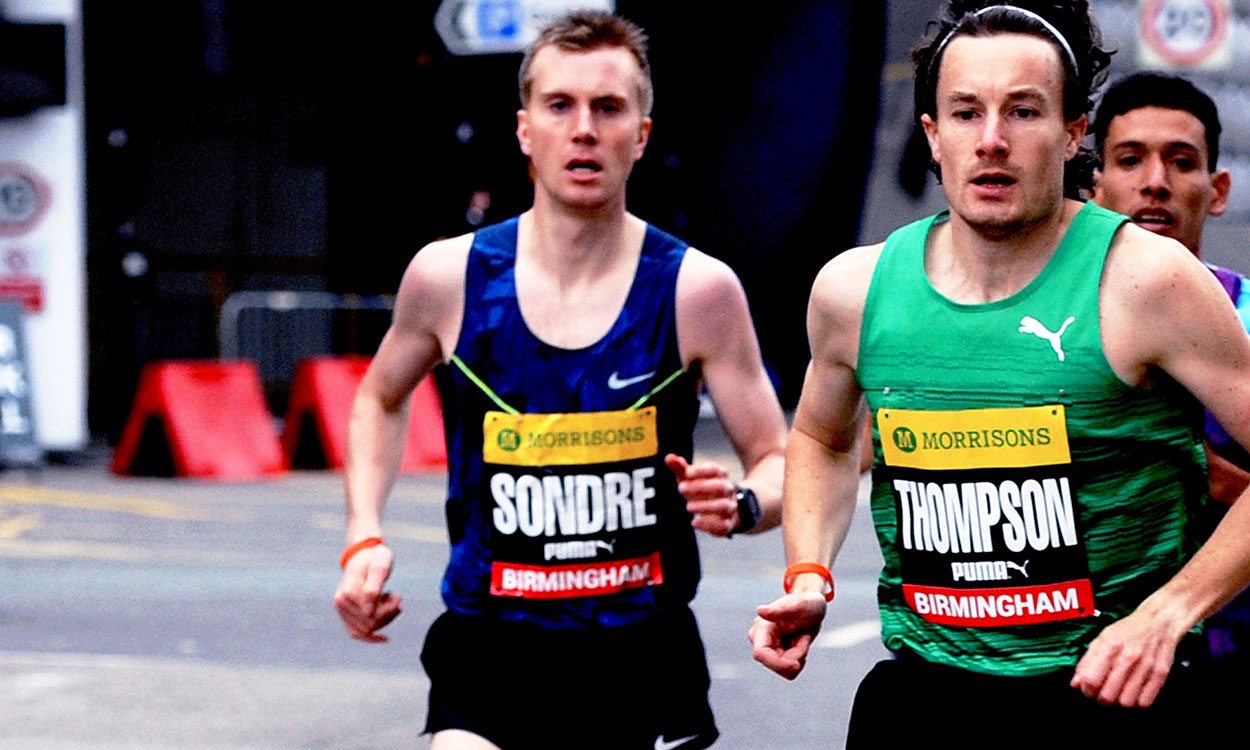 Moen clocked 2:05:48 at the Fukuoka Marathon but thinks Farah will go quicker

Norwegian Sondre Moen believes Mo Farah will break his recently set European marathon record in London this April, but he is concentrating on his own bid to continue his remarkable progression.

The 26-year-old clocked a winning 2:05:48 at the Fukuoka Marathon at the start of December, completing an improvement of more than seven minutes on his pre-2017 best.

The time broke the continental record of 2:06:36 jointly held by Benoit Zwierzchiewski and Antonio Pinto and will likely be a target for Farah as the Brit makes his return to the marathon distance this spring.

“I think Mo Farah will beat my time next time, so I just have to focus on myself and try to improve my time”

As for his own ambitions, he is not content to be merely the best in Europe.

He said: “If I stay healthy and free of injury and I can continue good training for a long time I know I can keep up with the best marathon runners in the world. If I run smarter than them I can beat them.”

Moen’s sharp improvement as someone who has not broken 28 minutes for 10,000m and set a Norwegian record of 2:10:07 last April has raised suspicions, but he is taking that in his stride.

“I am used to this for a long time,” he said. “Here in Norway we have some forums with people hiding behind their computer and posting s**t against me about my improvements and my results.

“I am used to it and of course, with all the doping cases not only in athletics but in most of the big sports, I have no problems to understand why people have doubts when I am able to improve my times so much this year.”

The reasons for Moen’s apparently sudden arrival on the world scene are many, but he mainly puts it down to being able to train full-time and spending more than 200 days at altitude last year.

Clearly highly talented, as an under-18 he topped the world youth rankings in 2008 and lies among the top 20 European juniors in history for 5000m. But he has always known he does not have the speed to succeed on the track.

A few years of injury held him back and lost him funding, which left him working full-time in a running shop for parts of the year in order to have stints of training in Kenya. He was able to run below 63 minutes for the half-marathon during this time, but he says he was too tired to fully realise his potential.

Finishing 19th in the Olympic marathon in 2016 allowed him the chance to focus fully on athletics and practise a spartan lifestyle.

Therefore, linking up with coach Renato Canova after the Olympics, in 2017 he spread his time between Kenya, Norway and Italy.

He said: “My life in Oslo and my life in Kenya is the same. I have a maximum three or four hours every Sunday with some friends; the rest of the week I keep focusing on training.”

It is that focus that could see him challenging for global medals in Valencia, where he ran his 59:48 Norwegian record in October, and aiming for glory at the European Championships in Berlin in August.