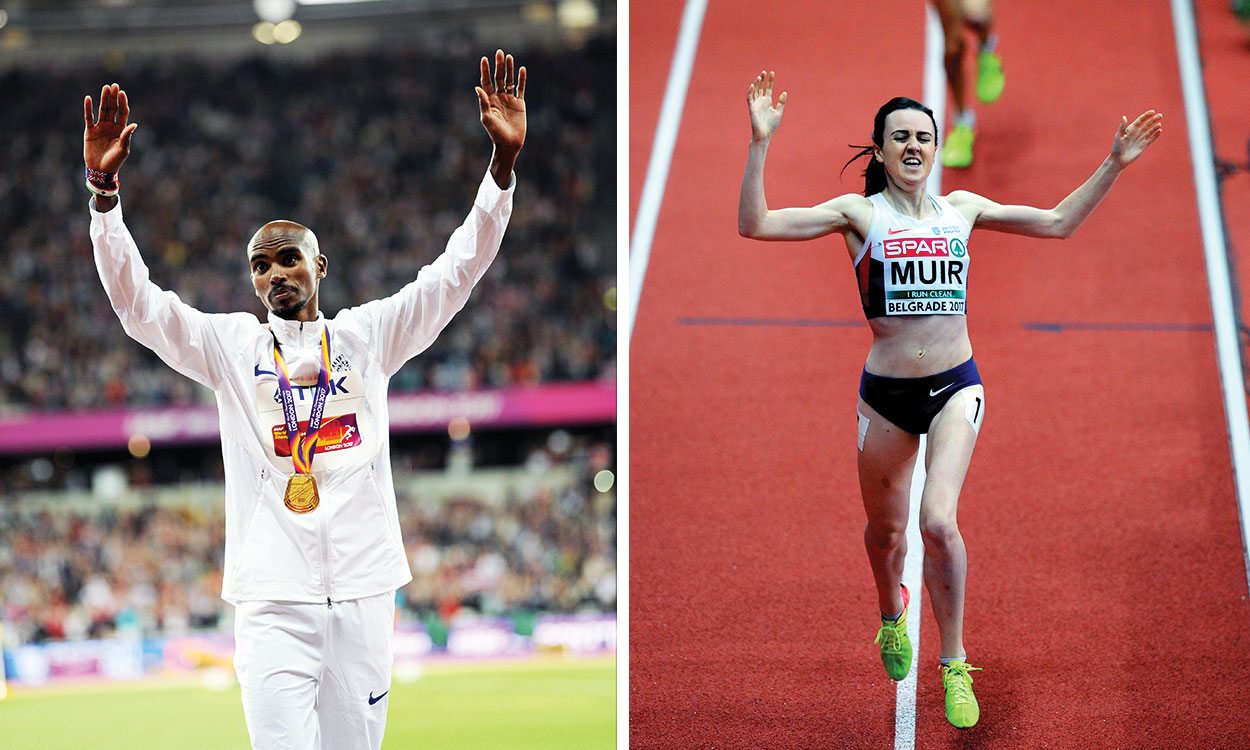 Mo Farah and Laura Muir were named athletes of the year by the British Athletics Writers’ Association (BAWA) when the organisation presented the country’s longest-running annual track and field awards in London on Friday (November 17).

Farah took the male athlete of the year prize for a record seventh time following a final track season that saw the 34-year-old claim his 10th global title by winning the 10,000m at the IAAF World Championships in London in addition to victory in the Simplyhealth Great North Run.

Muir was named female athlete of the year at the close of a season that saw the Scot claim double gold in the European Indoor Championships in Belgrade over 1500m and 3000m before finishing fourth in the 1500m at the IAAF World Championships as well as sixth in the 5000m.

While also completing her veterinary degree, she claimed British outdoor records in the mile and indoors over 1000m and 5000m. Muir edged out Dina Asher-Smith and Asha Philip, two members of Britain’s 4x100m squad that took silver at the World Championships.

Dame Mary Peters received the Ron Pickering memorial award for services to athletics for her work in providing opportunities in supporting talented young sportspeople and the community at large in her native Northern Ireland. The 78-year-old, who won pentathlon gold at the 1972 Olympics, continues to be active in her charitable sports trust.

Jonnie Peacock took the male para athlete of the year award for the second successive time after a season that saw the 24-year-old Paralympic champion regain his 100m T44 world title in London.

Wheelchair racer Sammi Kinghorn landed the female para athlete of 2017 prize for the first time. The 21-year-old gained her maiden global titles with 100m and 200m T53 gold in London in addition to 400m bronze and a clutch of world records throughout the year.

High jumper Tom Gale won the Jim Coote memorial award for junior male athlete of the year following his bronze medal at the European Under-20 Championships and a string of strong showings amid senior competition.

The Lillian Board memorial award for junior women went to sprint hurdler Alicia Barrett, who landed silver at the European Under-20 Championships and secured the British senior title over 100m hurdles.

Perri Shakes-Drayton took the BAWA inspiration award after battling back from a career-threatening knee injury in 2013 to be part of the GB 4x400m team that won world silver in London this year.