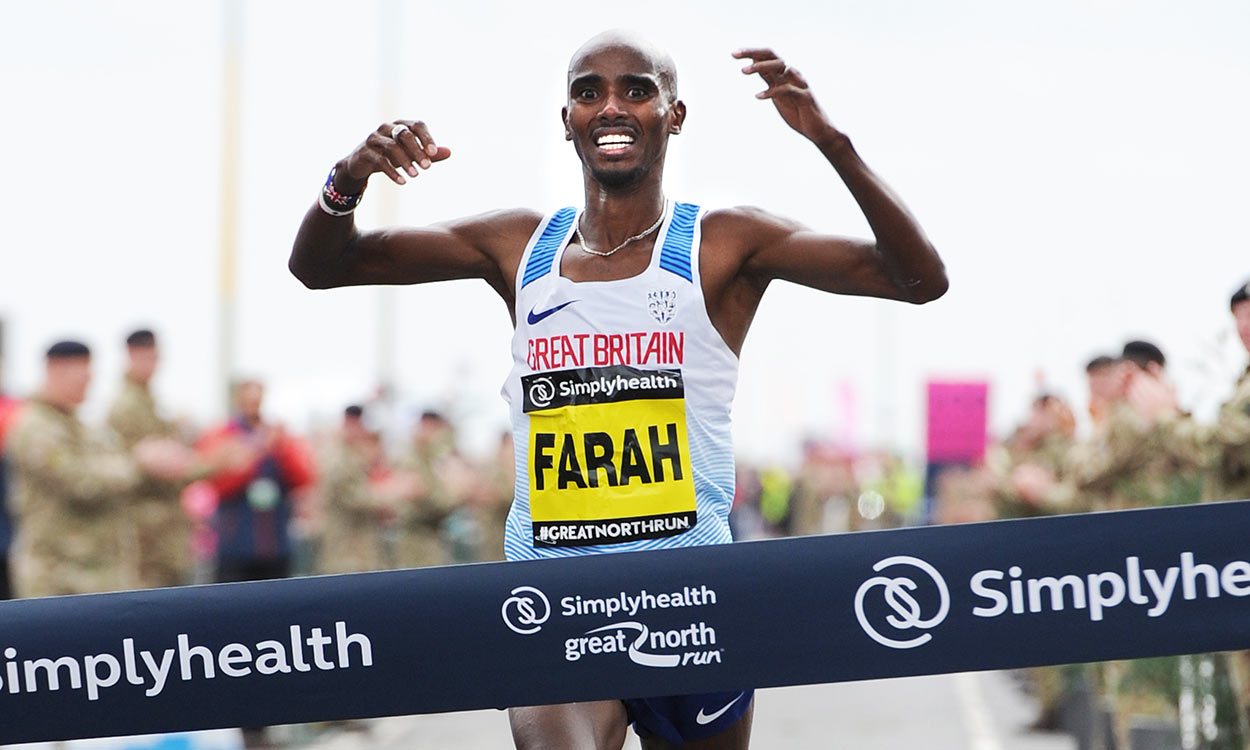 Mo Farah will look to become the first runner ever to win a fifth consecutive Simplyhealth Great North Run next month.

The four-time Olympic gold medallist and six-time world track champion, who has competed in every Simplyhealth Great North Run staged since 2013, will defend his title over the world-famous half marathon between Newcastle and South Shields on Sunday, September 9.

He finished second on his debut outing but has won on every occasion since and last year’s fourth win equalled Benson Masya’s record, with the Kenyan winning over the 13.1mile distance in 1991, 1992, 1994 and 1996. While Paralympic great Tanni Grey-Thompson has won the wheelchair event five times in a row, no runner has ever matched that feat.

“I can’t wait to come back to Newcastle and race again,” said Farah, who is preparing to run the Chicago marathon in October. “It’s something I look forward to every year, the crowds are always unbelievable and it’s a good course for racing.

“To be the best in the world you have to beat the best and it’s going to be no different here. I’m looking forward to the challenge.”

Olympic and World champion Vivian Cheruiyot will also returns to Tyneside as she bids to make it two Simplyhealth Great North Run victories in three years.

The four-time Olympic and five-time World Championship medallist won the world’s biggest half marathon on her debut over the distance in 2016, and finished second to winner Mary Keitany last year.

She said: “I am looking forward to returning to England for the Simplyhealth Great North Run.

“It was a magnificent race when I won here for the first time in 2016 and I want to be on top of that podium again next month.”

» The Simplyhealth Great North Run is broadcast live on BBC Two on Sunday, 9 September at 9.30am-1.30pm, with highlights on BBC Two at 6pm. For more information, visit greatrun.org/north