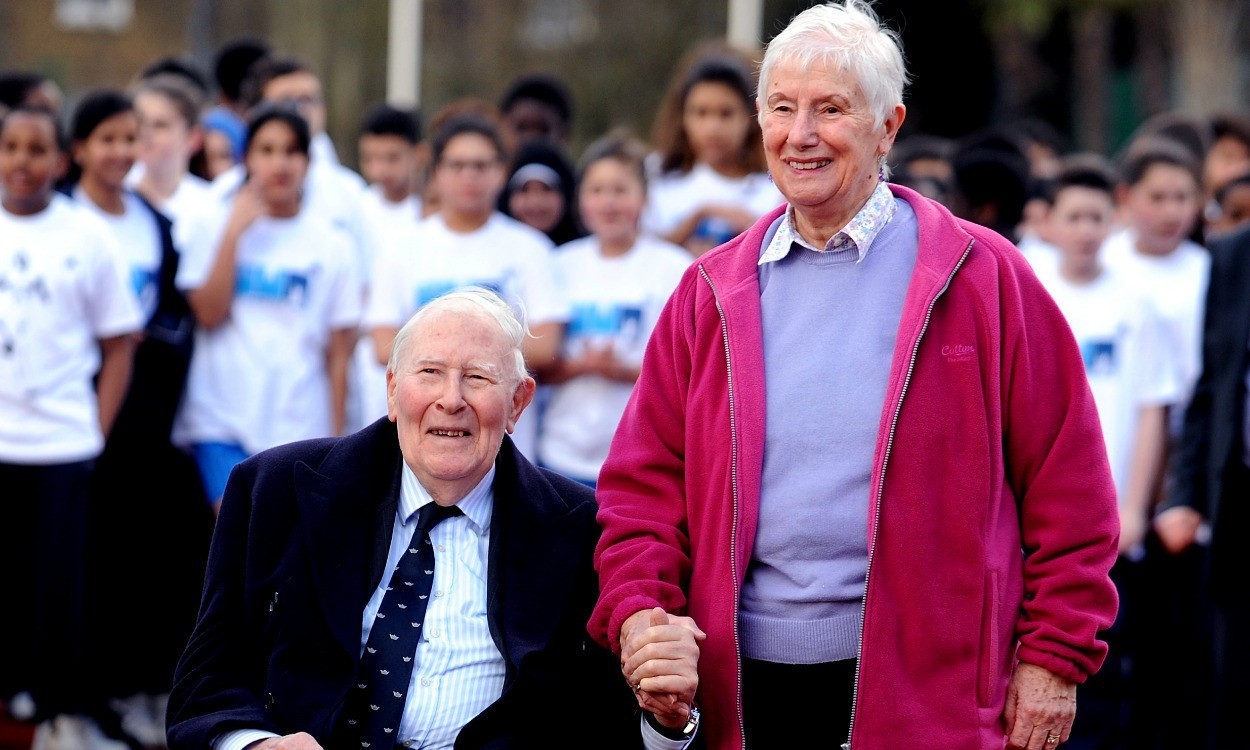 Diane Leather ensured her place in athletics history when she became the first woman to break five minutes for the mile in 1954. She achieved the feat three weeks after Roger Bannister ran the first sub-four-minute mile and now she has died peacefully, aged 85, following a short illness just six months after the sport lost Bannister.

There were other parallels between the two athletes, pictured above together in 2014. While Bannister was a medical student in Oxford, Leather was an analytical chemist at the University of Birmingham and a member of Birchfield Harriers.

One thing they did not share, though, was the fame that came with their miling achievements. As Bannister became a global icon, Leather’s sub-five mile did not receive anywhere near the same publicity. This was an era when the longest event for women at the 1952 Olympics was just 200m and the mile was not recognised by the IAAF as a world record and was described as a world best instead.

European Athletics is saddened to hear of the passing of Diane Leather, the first woman to break the five minute barrier for the mile in 1954. pic.twitter.com/LwqrWFrICB

Leather, who later married to become Mrs Charles and had four children, did not attract the same attention as Bannister, but her performances merited more praise and publicity.

Her range was incredible, too, as she equaled the world best for 440m yards with 56.6 and won the women’s national cross-country title four times and the women’s “International” cross-country race three times.

Such was her brilliance, in a series of all-time greats in AW in 2008, statistician and former AW editor Mel Watman ranked Leather No.2 at 1500m behind double Olympic champion Kelly Holmes.

She spoke with AW about her sub-five mile in a 2014 interview, an extract of which can be found here.