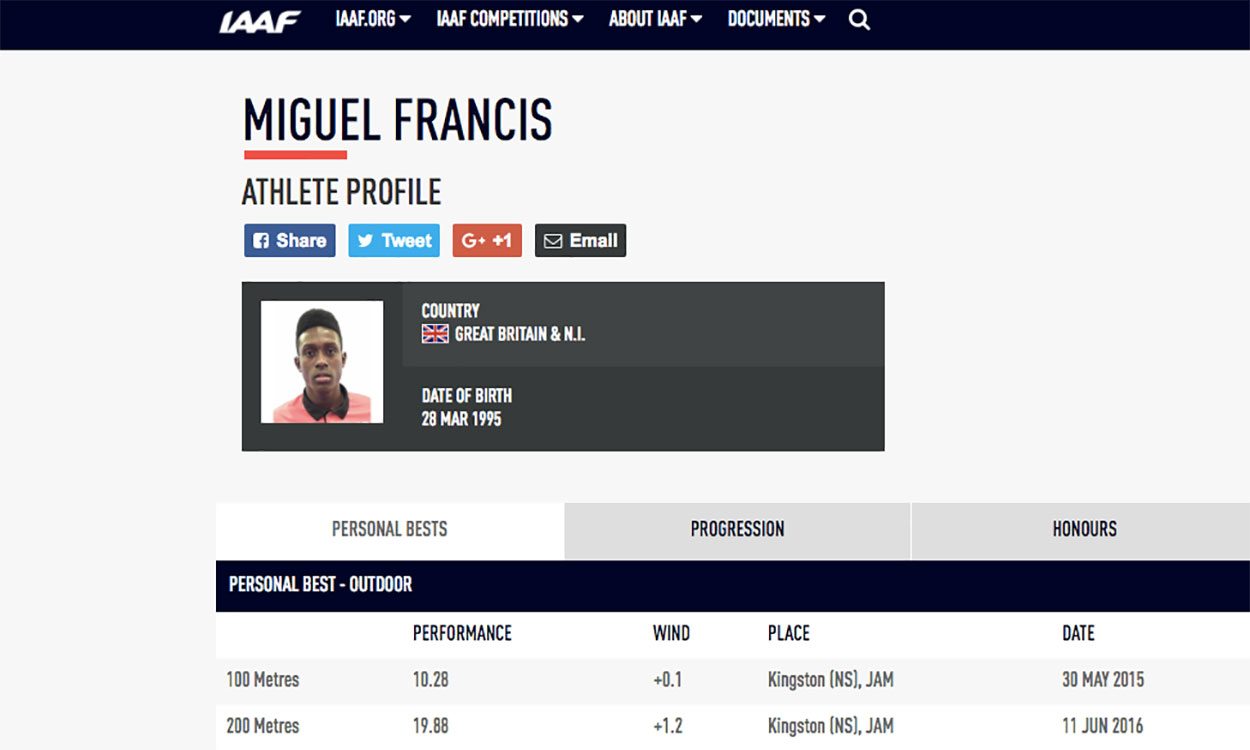 The 22-year-old, who has a 200m PB of 19.88 which ranked him seventh in the world last year, has competed for Antigua & Barbuda but was born in Montserrat and is eligible for a transfer of allegiance to GB with his birthplace being a British overseas territory.

The training partner of Usain Bolt, who is also coached by Glen Mills, represented Antigua & Barbuda at the 2014 Commonwealth Games and 2015 IAAF World Championships.

Francis moved to Antigua & Barbuda with his family when he was a few months old after a volcanic eruption on his island.

His switch to GB comes two months after IAAF president Seb Coe announced a freeze on the transfer of allegiance process, with Coe stating that the rules in place were “no longer fit for purpose” and “open to abuse”.

However, at that time the IAAF added that the decision to freeze the current process would not affect 15 transfer applications which were already underway.

A statement from British Athletics read in part: “Francis started the process to transfer allegiance from Antigua & Barbuda in August 2016, prior to the Olympic Games in Rio, and is now eligible to compete subject to meeting the required selection criteria for a Championships team.”

British Athletics added that Francis, who has family in the West Midlands of England, would be coming to the UK to train.