Michelle Carter is a great shot for London 2017 gold 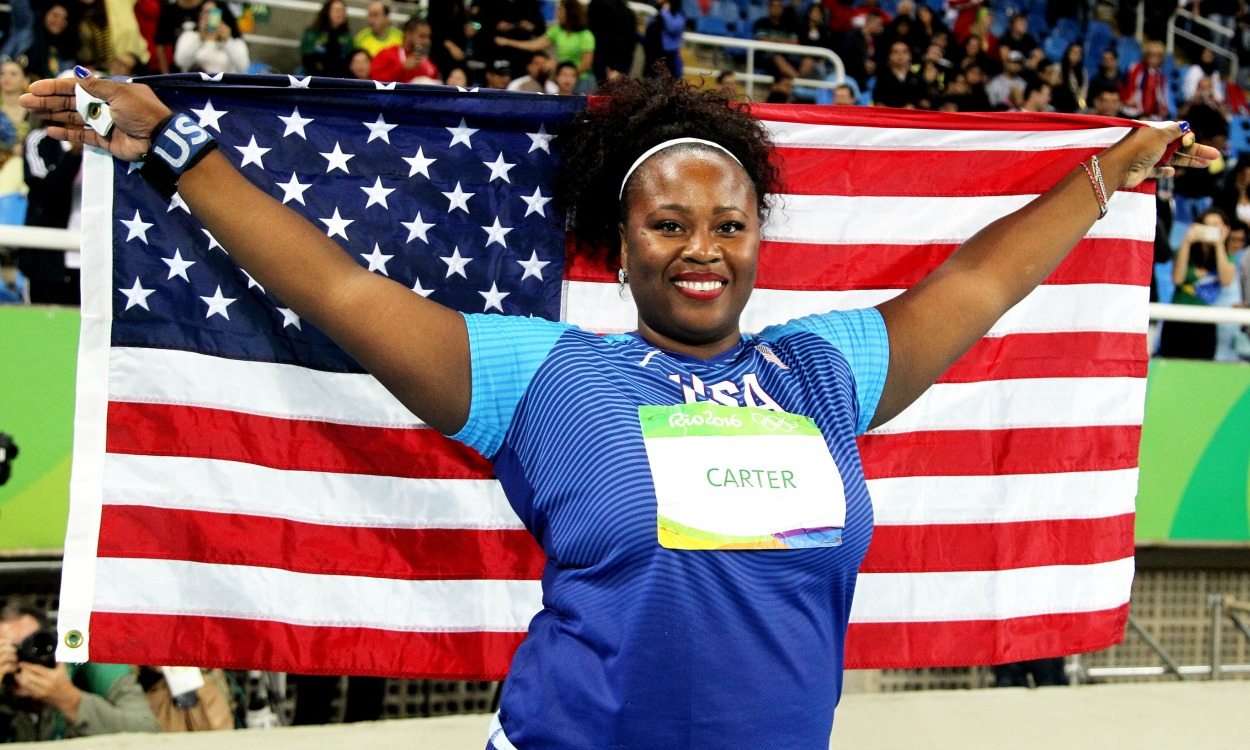 Michelle Carter is in the form of her life. Last year she took shot put gold in the World Indoor Championships and gold again in the Rio Olympics with a US record of 20.63m.

The 31-year-old should have entered 2017 full of confidence but she is characteristically modest and cautious. “I treat each season totally separate because it’s a new year and anything could happen,” she says. “I know too that everyone is working just as hard as I am. I also know that perhaps I have a target on my back because I won last year.”

Carter is no stranger to London, having competed in the 2012 Olympics – finishing fifth – as well as the Anniversary Games. She has happy memories of the 2012 Olympics, saying: “It was fun. I had a great time in London 2012. I felt very welcomed there. I didn’t try to restrict myself too much from doing stuff in London. I wanted to have the whole Olympic experience.”

She adds: “In Beijing 2008 I didn’t do a whole lot of things I wanted to because I thought you had to stay down and not do anything until after you compete. In 2012 I realised all the things I missed out on and things I hadn’t seen. So in London I did the opening ceremony, closing ceremony, movie premieres – I did all that. And really enjoyed the whole experience.”

Carter won both the 2016 World Indoors and Olympics with her last effort and she believes producing a big throw when she needs it comes from training and an ability to focus.

“It’s not something I try to do but I just know that on my last throw if I haven’t done it on the first five, this is my last chance to get it done. And that’s how I approach it.

“I want to be able to walk away from the event having given it my all and left nothing behind.”

The American is excited about the prospect of competing in a full stadium in London 2017, but adds: “Whether there are 50,000 people in the stand or five people I still have to compete and it’s still my responsibility to compete and give my best.”

Valerie Adams of New Zealand has dominated the women’s shot put in recent years, winning two Olympic and seven world titles. Now Carter is the woman to beat but as she says “our competition always brings out the best in us”.

The women’s shot will be an event not to miss in London 2017.

» The 2017 World Para Athletics Championships from July 14-23 and the IAAF World Championships from August 4-13 will bring together 3300 athletes from more than 200 countries. It will be the first time the two events will be hosted by the same city in the same summer. Buy tickets at tickets.london2017athletics.com