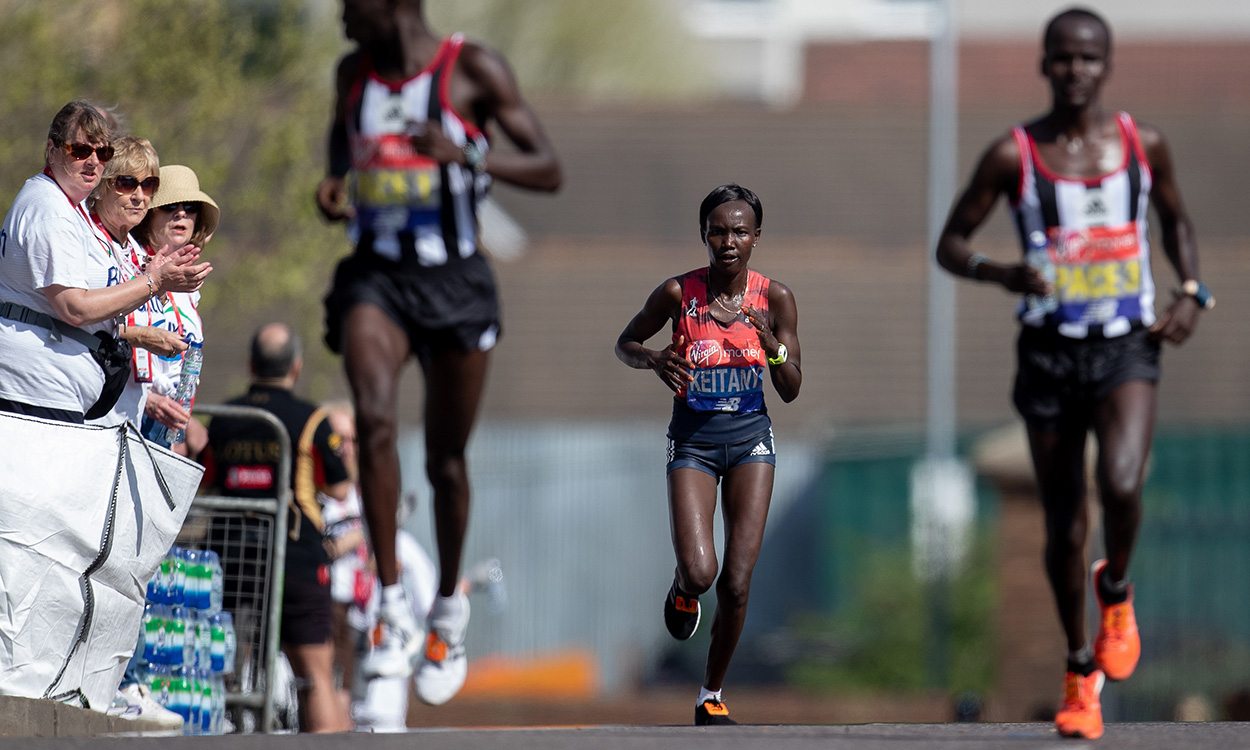 Kenyan’s attempt to beat Paula Radcliffe’s 2:15:25 marathon mark in London provides lessons from which she will learn ahead of her next record bid

Mary Keitany remains determined to target Paula Radcliffe’s world marathon record again in future, despite experiencing her toughest ever 26.2-mile race while attempting to beat the Briton’s 2:15:25 at the Virgin Money London Marathon on Sunday.

The Kenyan had smashed Radcliffe’s women-only world record with 2:17:01 when winning in the UK capital 12 months before. On her return, accompanied by male pacemakers as Radcliffe had been in 2003, Keitany had hoped to make history once more by beating the overall record mark.

Running alongside Ethiopia’s Tirunesh Dibaba, the pair were ahead of world record schedule through 5km in 15:46 and 10km in 31:46. Keitany’s halfway split in 2017 had been 66:54 – the fastest ever in a marathon – and this time it was 67:16 as she aimed for a more controlled attempt at the record.

But as the warm temperatures continued to rise, Keitany’s pace started to slow. While Dibaba dropped out in the 19th mile, Keitany battled to the finish line to eventually come fifth in 2:24:27 in a race won by her compatriot Vivian Cheruiyot, whose 2:18:31 moved her to fourth on the world all-time list. 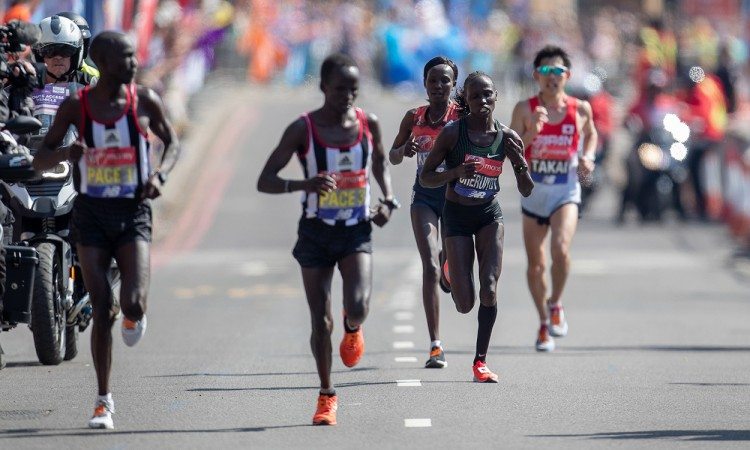 Keitany doesn’t regret racing the way she did and says the experience has provided valuable lessons ahead of her next record bid.

“The marathon is the marathon, so you have to accept the end result,” says the 36-year-old, a three-time winner in London. “To me, a champion is that wherever you fail or whenever you lose, you have to know that you still have time to make it or to correct your mistake so that you can achieve what you want.

“I wanted to try to see if I could run a world record but the weather conditions were not good at all so I think it was not a day for running a world record.

“I still have time to try. It is still in my mind that one day, one time, I will have to try (to break the world record) before I hang up my racing shoes.”

Keitany has now run 13 marathons and although she is not sure when she will next race – she needs to discuss that with her husband and coach, Charles Koech – she knows challenges are part of sport.

Greeted by Koech and her two children – Jared and Samantha – at the end of the race in London, Keitany laughs as she explains how her husband’s first words to her were, ‘congratulations, you finished!’

“We have to focus on another race,” adds Keitany, who had the consolation of claiming the Abbott World Marathon Majors Series XI crown following her 2017 win in London and runner-up finish in New York.

“That was not the end of everything!”

» Read an online report of the elite women’s race at the Virgin Money London Marathon here, and see the April 26 edition of AW magazine for in-depth coverage