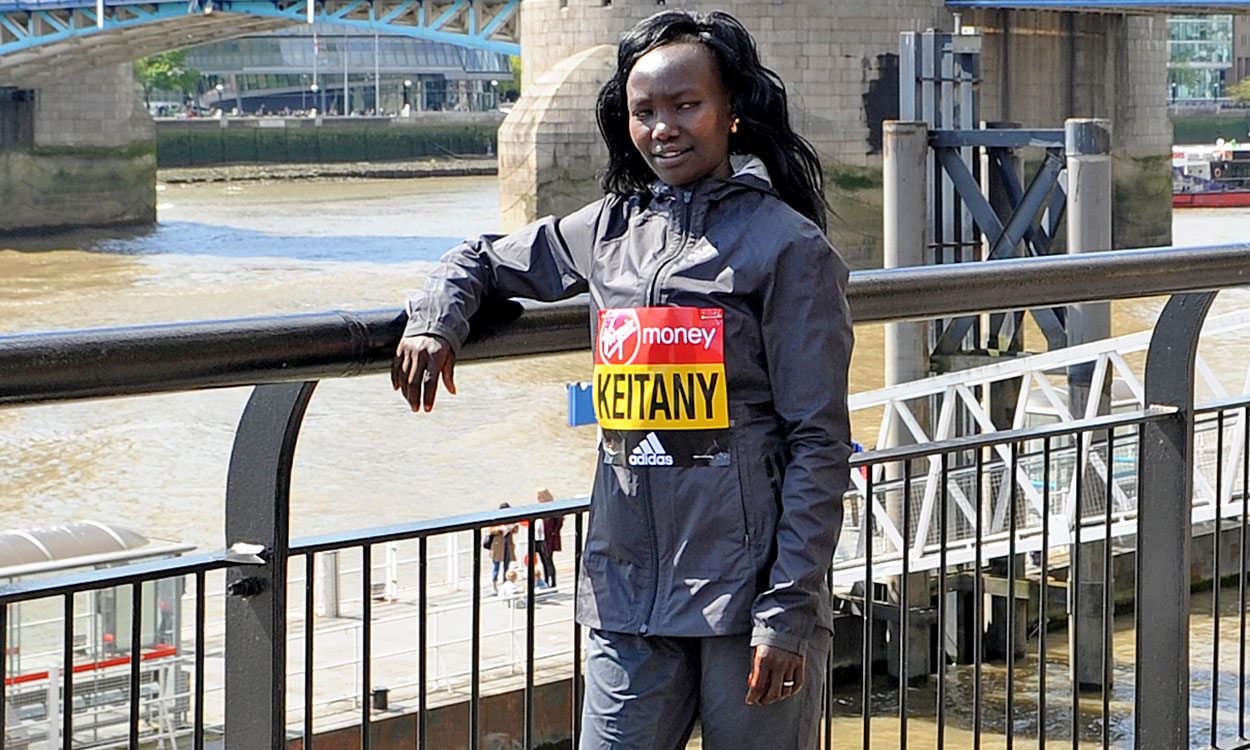 Mary Keitany will be looking to make up for the disappointment of finishing ninth in last year’s Virgin Money London Marathon and missing out on the Rio Olympic Games by completing a hat-trick of titles in the UK capital on Sunday.

The Kenyan hopes to do it in style, too, and has an eye on the women-only marathon world record of 2:17:42 set by Paula Radcliffe in London in 2005.

“It’s a great motivation to go for the title for a third time. That’s what I’m looking for.”

On the possibility of breaking the women-only world record, she added: “If the weather is fine, and if we all cooperate, I think we will run the best time.

“If the pacemakers help us and we run together, not leaving one person to go alone, and if the weather is good, I think we will run well.”

The 35-year-old ran her marathon PB of 2:18:37, which places her second on the world all-time list, in 2012 and demonstrated her fine current form by running a personal best over the half-marathon of 65:13 in Ras Al Khaimah in February, finishing seven seconds behind Peres Jepchirchir’s world record time.

Keitany fell during last year’s London Marathon and her finishing time of 2:28:30 was only enough to place her ninth, but she went on to claim her third New York City Marathon win later in the year.

Now her focus is on securing success this weekend and hopefully impressing the selectors ahead of the IAAF World Championships taking place in the UK capital this summer.

“I want to run on Sunday first and then when I go back home our federation will decide,” Keitany said. “We have many great runners in Kenya but I think if you are among the top three in London, probably you might be selected.

“I wanted to be Olympic champion but I didn’t manage to go. To be a world champion is a big motivator.”

While Keitany forms part of another top London Marathon field on Sunday, with Florence Kiplagat, Tigist Tufa and Tirunesh Dibaba among her competitors, the line-up will be missing one of the originally announced athletes – Kenya’s reigning London Marathon champion Jemima Sumgong – after it was announced that she had tested positive for EPO.

While Sumgong’s B sample is still yet to be analysed, she will not be competing in Sunday’s race.

Giving her reaction to the news, Keitany said: “I was shocked.

“Athletes are talented by nature. Why would you add something extra, other than training? I want to end my career clean. My motivation is to run clean.”

She added: “I think all of Kenya now is in the spotlight. I want people to run clean. In my career I hope to do well the way I am doing because I know myself – I don’t want to be in that group of those who are trying to use a shortcut.”

The IAAF announced earlier this month that Sumgong had tested positive “following a no-notice test conducted by the IAAF in Kenya”. The world governing body added: “This was part of an enhanced IAAF out-of-competition testing programme dedicated to elite marathon runners which is supported by the Abbott World Marathon Majors group.”

The Abbott World Marathon Majors is a series of six marathons, which includes the London Marathon.

Speaking at a pre-event press conference on Wednesday, London Marathon race director Hugh Brasher said: “We are determined to stamp out cheating.