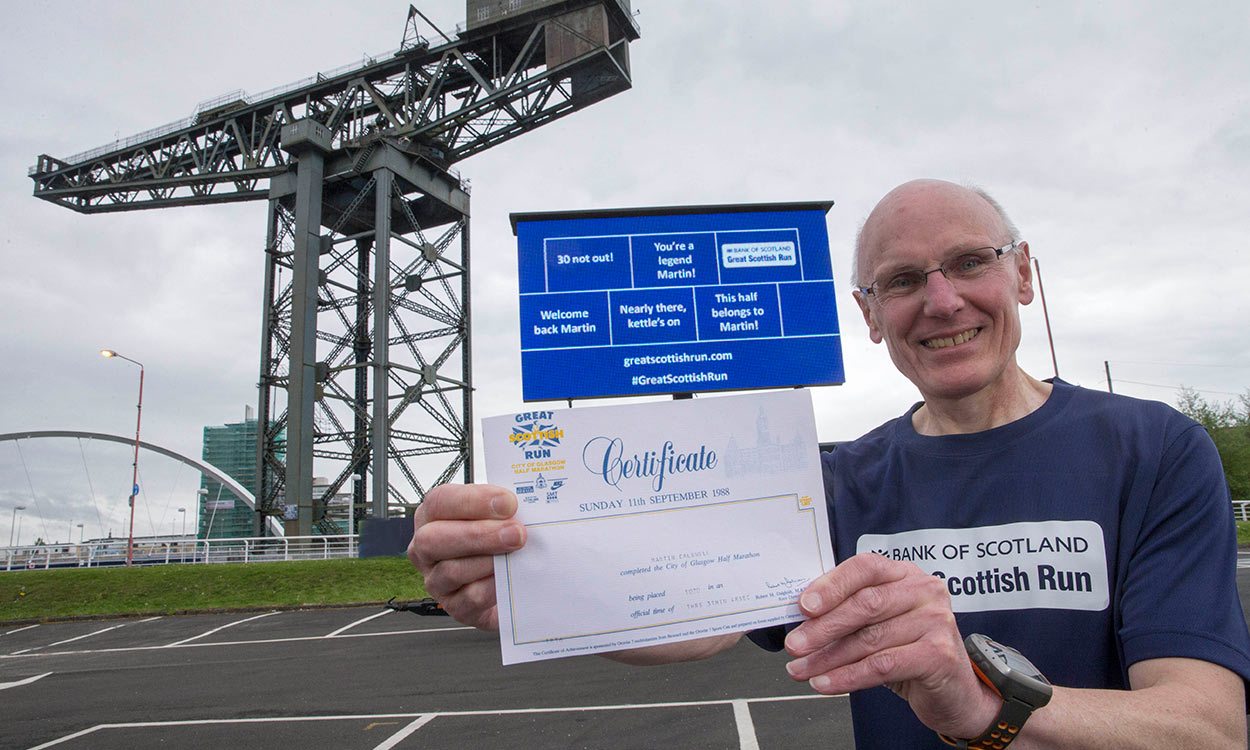 For many entrants, this year’s Bank of Scotland Great Scottish Run will be a brand new experience.

For Martin Caldwell, however, the event is a fixture in his calendar every year. So much so that he will make it 30 in a row when he lines up for the half-marathon distance on October 1.

The Corstorphine AAC runner first took on the 13.1-mile challenge back in 1988 and has not missed one since. He has seen participant numbers swell over the years to such an extent that it is now Scotland’s biggest mass-participation running event.

Speaking at the launch of the 2017 event, which will once again feature the Bank of Scotland Great Wall of Support where personal messages of support can be submitted and displayed to runners during the race, Caldwell insists he looks forward to the run now just as much as he did when he first took part all those years ago.

“There used to be a full marathon in Glasgow back in the 80s,” says Caldwell, whose half-marathon personal best is 1:20:20.

“I thought that was too much but when the half-marathon started I gave it a go. I just remember the whole flow of the runners taking me round and all of their enthusiasm.”

He adds: “It’s a fast course and it’s in my home city so I always love coming back here.

“The number of people taking part has certainly increased, which increases the challenge to stay ahead of the bulk of the field.”

Caldwell still takes part in a number of events every year – “probably one every other week” – and is aiming to duck under the 1:30 mark in October, something he last achieved in 2015.

Many of the entrants would be very pleased to clock a time like that but the V60 athlete insists the secret of his longevity is simple. “Don’t give up,” he says. “I know I’ve got slower over the years but when others are giving up then that makes me look better in comparison!

“There are so many health benefits from running and, as the years go by, I actually find myself rising in the rankings.”

The 2017 Bank of Scotland Great Scottish Run takes place over the weekend of Saturday September 30 and Sunday October 1, with a 10km, Half Marathon, Toddler Dash, Family Mile and Junior Run making up the programme of events.